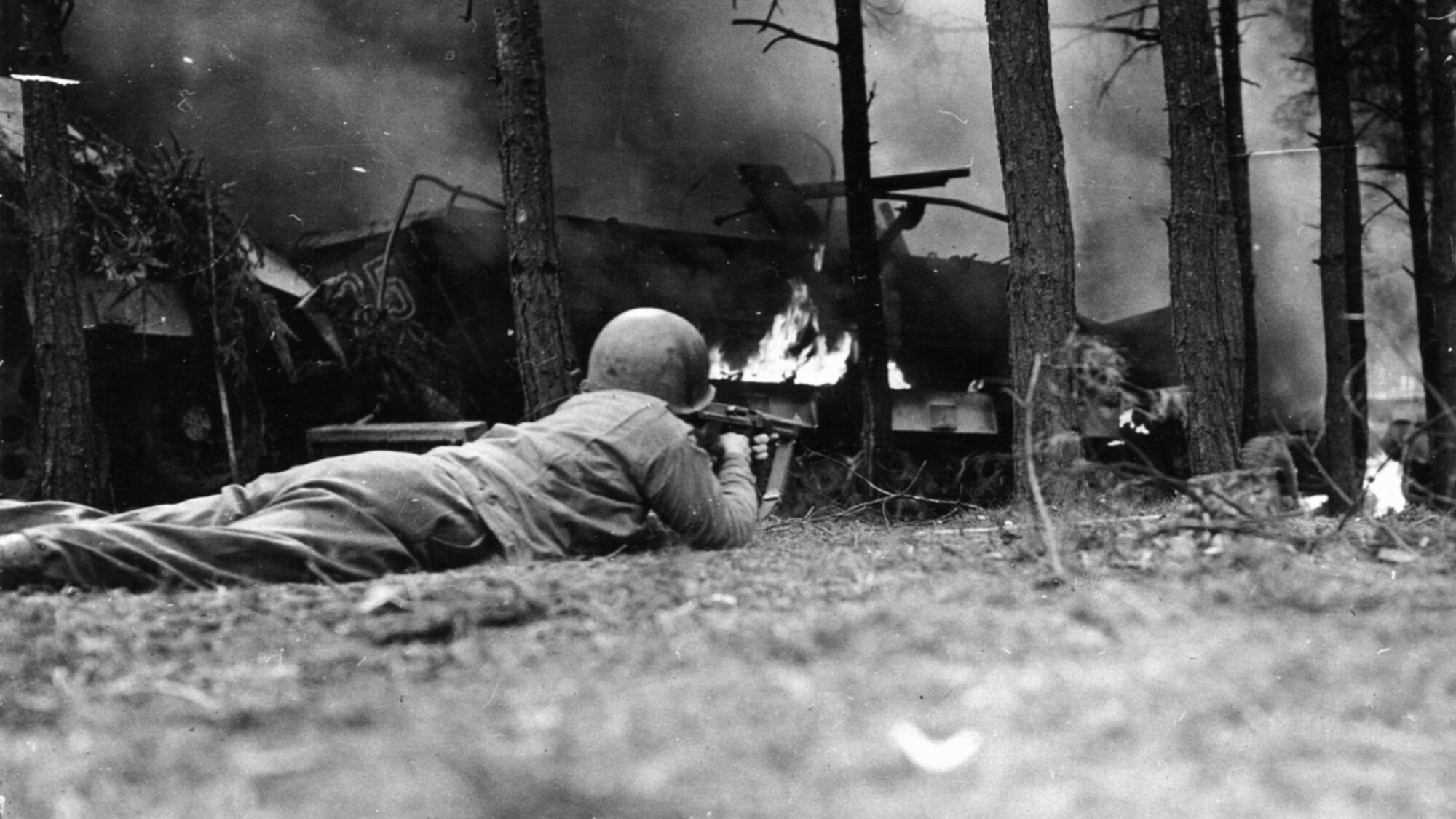 An obscure brigadier general, Bruce Clarke, and a contingent of American troops slowed the German advance during the Battle of the Bulge.

This article appears in: The Battle of the Bulge

By Charles Whiting In the early hours of Sunday morning, December 17, 1944, an American brigadier general suffering from piles was heading into the unknown. That gray dawn, with the guns rumbling to the east, the newly promoted general was being driven in a looted Mercedes to a Belgian town located a couple of miles from the border with Nazi Germany. Behind the general in his Mercedes, which required the combined efforts of driver and himself to change gear, there came a lone jeep. In it the f