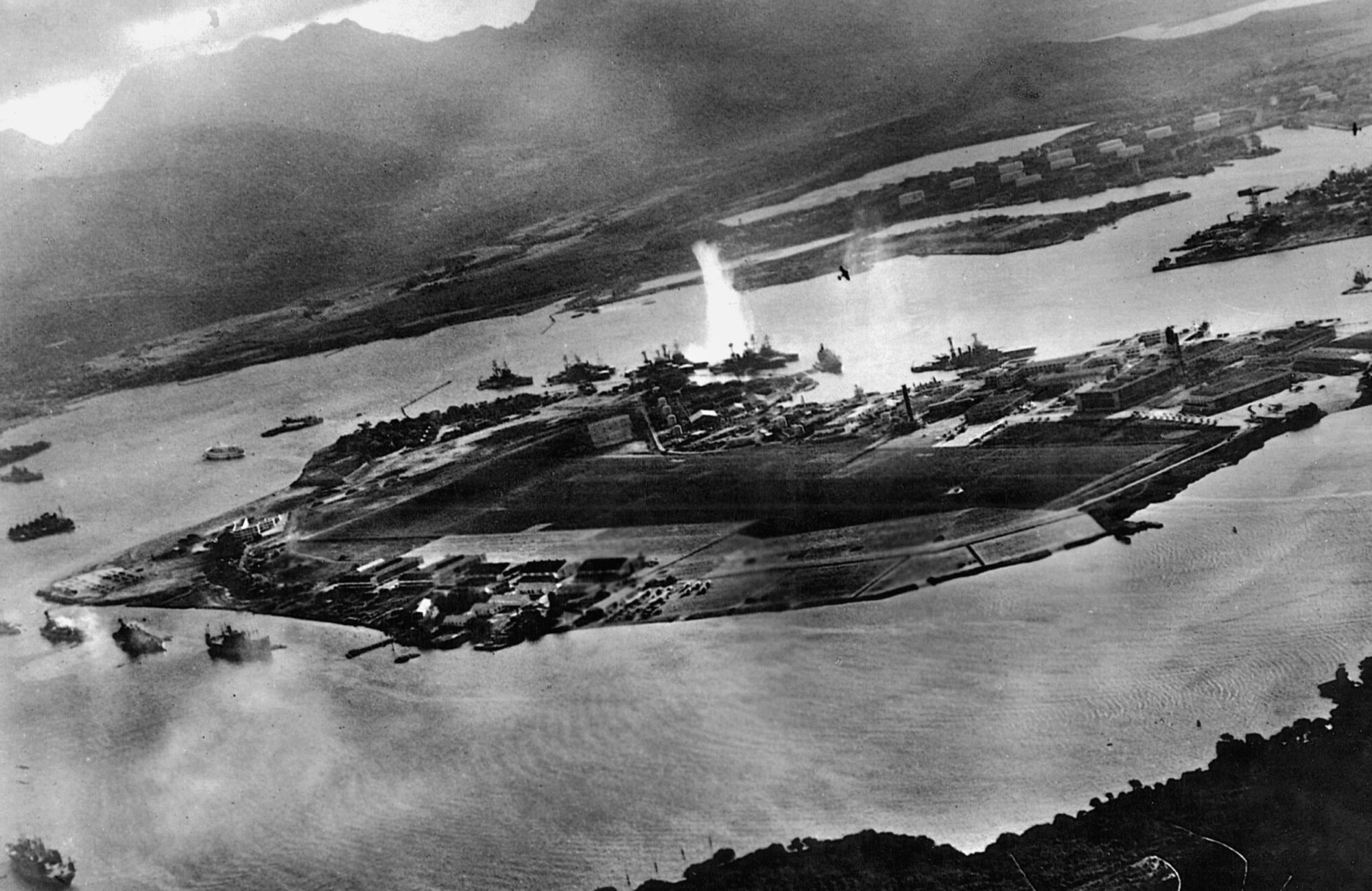 Reflections on “Sneak Attacks and “Dates of Infamy”

At some point during this magazine’s three-month “shelf life,” the date December 7 will fall. As human society has a penchant for observing the fifth- and 10th-year anniversaries of certain events, this December 7 will be a significant one—the 70th anniversary of the Japanese attack on American military bases in the Pacific that catapulted the United States into World War II and forever changed the course of history.

Japan’s devastating aerial assault on the American installations at Pearl Harbor, Hawaii, and in the Philippines and Wake Island was just the precursor of a wider plan. Japanese troops in China also seized the American garrisons at Shanghai (where they also captured the American gunboat Wake) and Tientsin. Within days, additional strikes were also launched against Hong Kong, Guam, and Wake Island, and Japanese troops poured ashore in northern Malaya; more units landed at Bangkok and took control of the Thai capital. Other landings took place at Tarawa and Makin in the Gilbert Islands group. It was a stunning, overwhelming victory for the forces of Dai Nippon.

America was caught with its collective pants down. President Roosevelt characterized the attack as “sudden and deliberate.” Soon the press and public began calling it a “sneak attack,” because there was apparently no forewarning or hint that hostilities were imminent.

To tell the truth, I’ve always had a problem with the words “sneak attack.” After Pearl Harbor, they entered the lexicon as being something especially treacherous and, by association, an unfair tactic that only the “bad guys” would do.

I much prefer the term “surprise attack,” as “surprise” is a long-accepted principle of warfare: catch your enemy when and where he least expects it. In The Art of War, the ancient Chinese general and strategist Sun Tzu wrote, “The place [and time] I intend to attack must not be known; if it is unknown, the enemy will have to reinforce many places; the enemy will reinforce many places, but I shall attack few.”

When Germany attacked Poland on September 1, 1939, Hitler, although he rattled his sabers at Poland for quite a while, did not announce in advance that the attack was about to take place. When Germany struck both Denmark and Norway on April 9, 1940, and Belgium, France, Luxembourg, and the Netherlands a month later, Hitler did everything possible to catch those countries unawares. When he invaded the Soviet Union on June 22, 1941, news releases announcing his intentions were not sent out ahead of time.

It goes without saying that the whole idea of a surprise attack is to keep the enemy in the dark so that he cannot mass his forces at the right time and place to meet force with force. The concept is so elemental and obvious that it seems strange that we in the United States continue to call Pearl Harbor a “sneak” attack. What it should rightly be called was a brilliant concept and execution––a perfect example of the “surprise” attack. As hard as it may be to do, we should give the enemy some credit.

Of course, for propaganda purposes, it makes sense for the aggrieved party to portray the enemy’s actions as treacherous, violations of the rules of war, beyond the norm, even “sneaky.” If the attacked nation characterizes the enemy’s military strike as a “surprise,” it somehow implies that their own intelligence was faulty and their security inadequate.

Still, the feeling in the United States all these years later remains that Japan had used tactics that were unfair or beyond the norm or somehow violated the rules of warfare––in short, “sneaky.”

It should be remembered that we retaliated in kind––Doolittle’s bombing raid on Japan, the assaults on Japanese-held Pacific islands, and the atomic bombing of Hiroshima and Nagasaki. By the same token, the Allies’ invasions of North Africa, Sicily, Italy, Normandy, southern France, and Holland were also “surprise” attacks and were not publicly announced before they were launched.

Today, 70 years after Pearl Harbor––and 10 years after Al Qaeda’s 9/11 attacks––it’s time to cast aside “sneak attack,” use the proper terminology, and hope that our nation’s leaders have put into place systems that will keep us from ever being the victim of a surprise attack again.