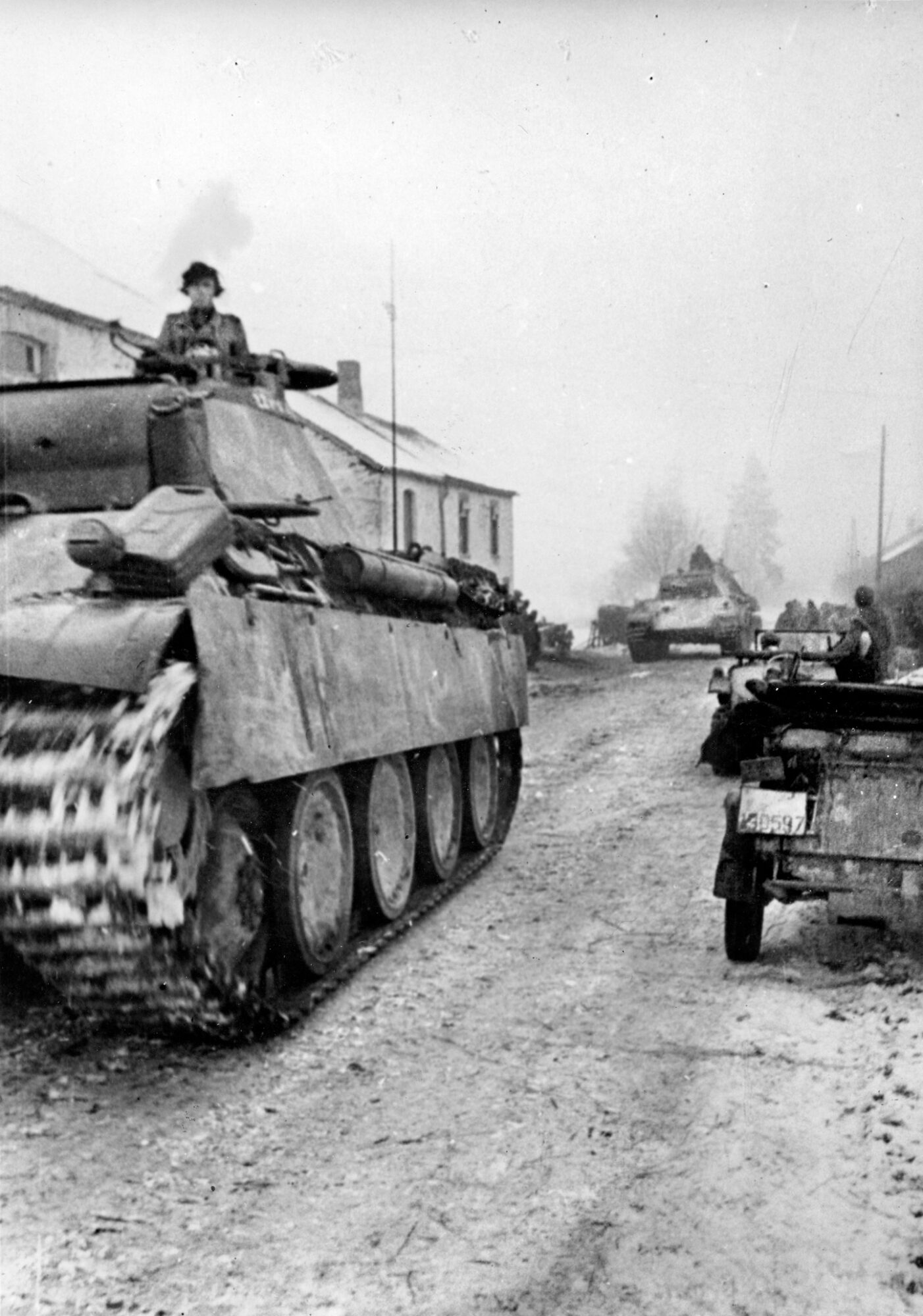 German troops struggled against fierce American resistance in the Ardennes.

Few festivities occurred on Christmas Eve, 1944, in the Ardennes Forest. Thousands of soldiers struggled to attack or defend positions, or to simply survive. On this evening, troops of the German 2nd SS Panzer Division advanced toward the town of Manhay. So far, the Ardennes Campaign had been rough going for the Germans; despite the gains they had made, the Americans were putting up stiff resistance in many places and the operation was badly behind schedule. At 2200 hours, a column of Panther and Panzer IV tanks moved out toward Manhay, led by a captured American M4 Sherman. The Germans hoped any American gunners seeing the Sherman’s high, distinctive outline in the dark would mistake the column for a friendly force and hold their fire until it was too late. 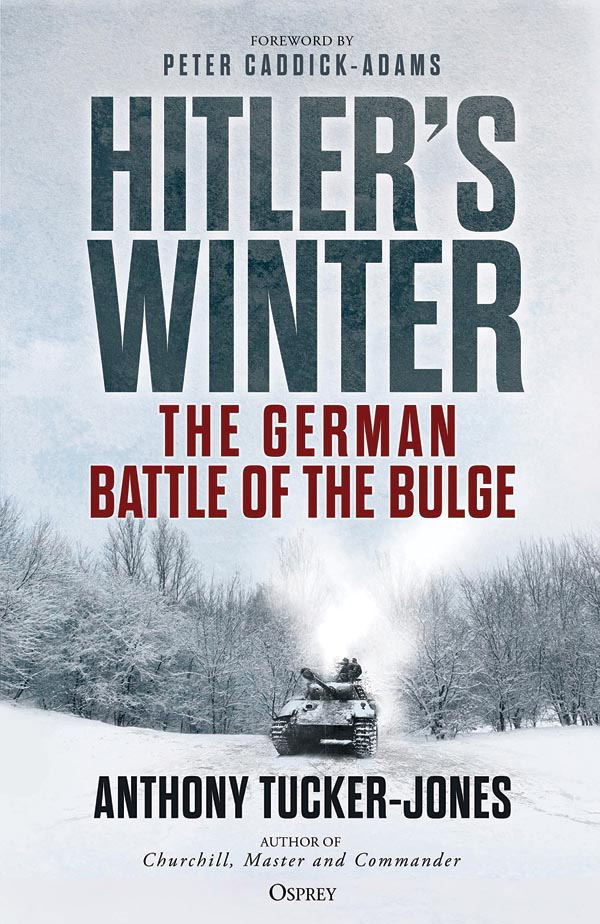 “Bright moonlight flooded the Ardennes landscape covered in deep snow,” recalled SS Technical Sergeant Ernst Barkmann. “Above us a full moon in a clear starry night unveiled all the contours ahead. Everything was going according to plan.” Barkmann commanded a Panther tank, hull number 401. His unit, the 2nd SS Panzer Regiment, had reequipped with the Panther at the beginning of 1944, and he was a decorated veteran of the Eastern Front and Normandy. Panther 401 moved slowly ahead in the darkness, approaching Manhay.

Elements of the U.S. 3rd and 7th Armored Divisions held the line around Manhay, and fears of friendly fire mistakes did cause them to hold their fire. Supporting panzergrenadiers quickly destroyed four Shermans using panzerfausts while damaging two others. Two Panthers were hit in return, but the German column broke through the shattered American line. In the chaos of the fighting, Barkmann got lost, separating from his column and driving down the N15 highway alone. Believing he had simply lagged behind, Barkmann kept going. Soon he spied a tank 50 yards ahead. Thinking it was from his unit, he ordered his driver to pull up next to it and stop the engine. Barkmann removed his headset but saw the other tank commander drop into his tank and shut the hatch. Just then the driver’s hatch of the other tank opened and Barkmann had a terrifying realization. The instrument panel light on the other tank was dark red, not green as in a German vehicle. They had stopped right next to an American tank!

Acting quickly, Barkmann ordered his crew to open fire. The gunner traversed the turret to line up his cannon, but the two tanks were so close to each other the barrel of the long 75mm L/70 gun banged into the turret of the American Sherman. They were too close to fire. The driver restarted the engine and quickly backed the tank up several yards, allowing the gun to clear the enemy tank’s turret. Now the gunner fired and a 75mm round slammed into the Sherman’s rear, setting it ablaze. The Panther advanced past the burning Sherman, but the crew soon spotted two more American tanks coming out of the forest to their right. The German crew opened fire again and soon both tanks were out of action.

Barkmann kept going, increasing speed, and soon the trees thinned out and the Panther arrived at a large open field surrounded by forest. In front of them sat nine Sherman tanks, all partially dug in, the muzzles of their guns pointing directly at Barkmann’s Panther. The German sergeant knew that to stop would be fatal; their only chance lay in pushing forward. He ordered his driver to advance—Panther 401’s Christmas had only just started.

Barkmann’s story is only one of many detailing the German experience of the Battle of the Bulge in this new work, Hitler’s Winter: The German Battle of the Bulge (Anthony Tucker-Jones, Osprey Publishing, Oxford UK, 2022, 320 pp., maps, photographs, appendices, notes, bibliography, index, $28.00, hardcover).

Most works on the Ardennes focus on the American experience and it is good to have a well-written volume on the German point of view. Books like this allow readers to compare the written accounts of both sides and see how the two match and where they differ. Different perspectives of the same event always lead to such variations and this work adds to the existing body of knowledge. The book is also a pleasure to read, with a good, thoughtful narrative and detailed research to ensure the best possible level of historical accuracy.