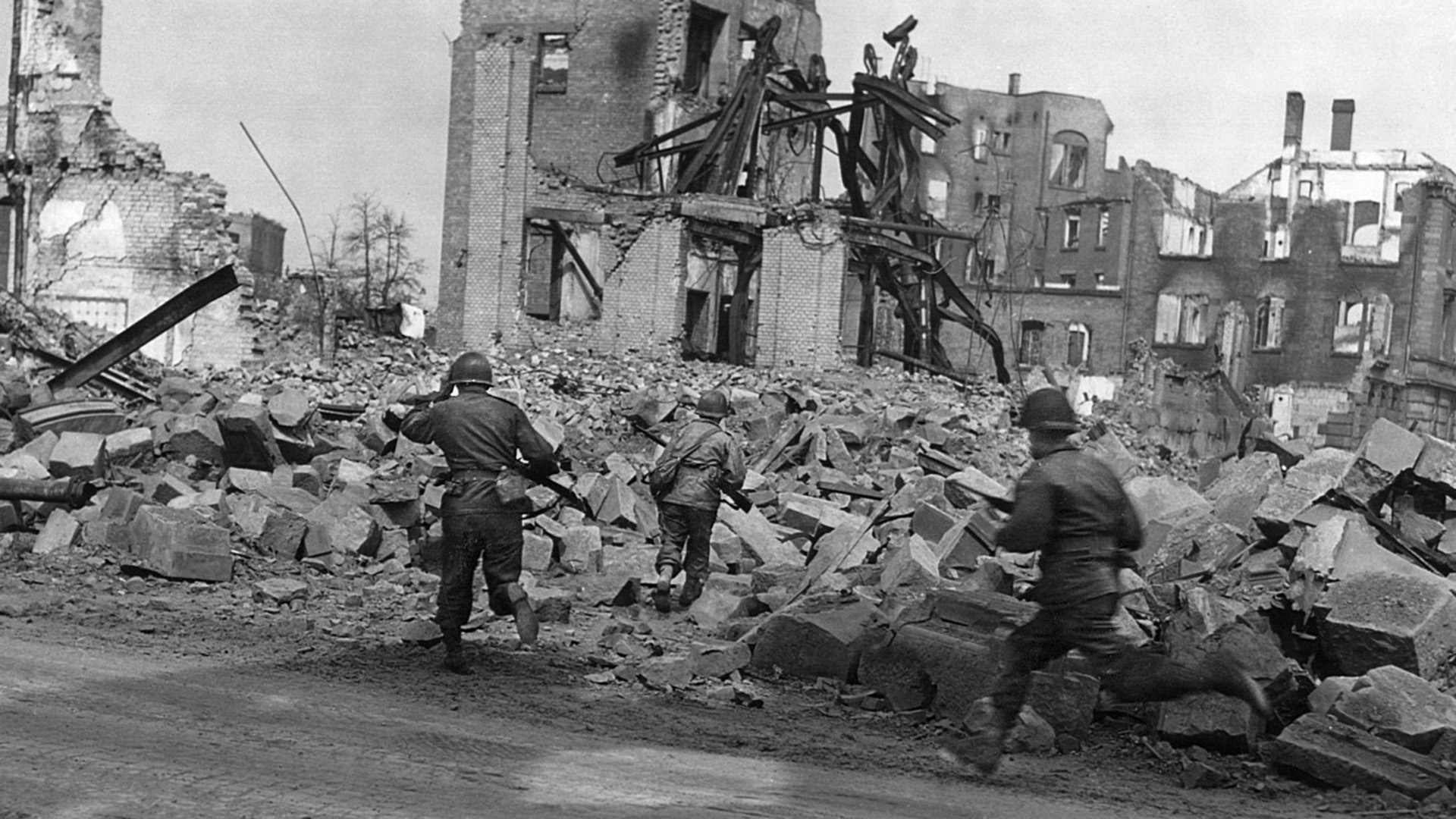 By Allyn Vannoy Following its swift advance to the Rhine, the American 100th (Century) Infantry Division resumed its pursuit of retreating German forces. On the morning of March 31, 1945, elements of the division crossed the Rhine between Ludwigshafen and Mannheim and headed straight into the heart of Germany. The war in Europe was in its last throes, but there was still plenty of action to come. After passing through Mannheim, the division fanned out to the south. The 399th Infantry Regiment,