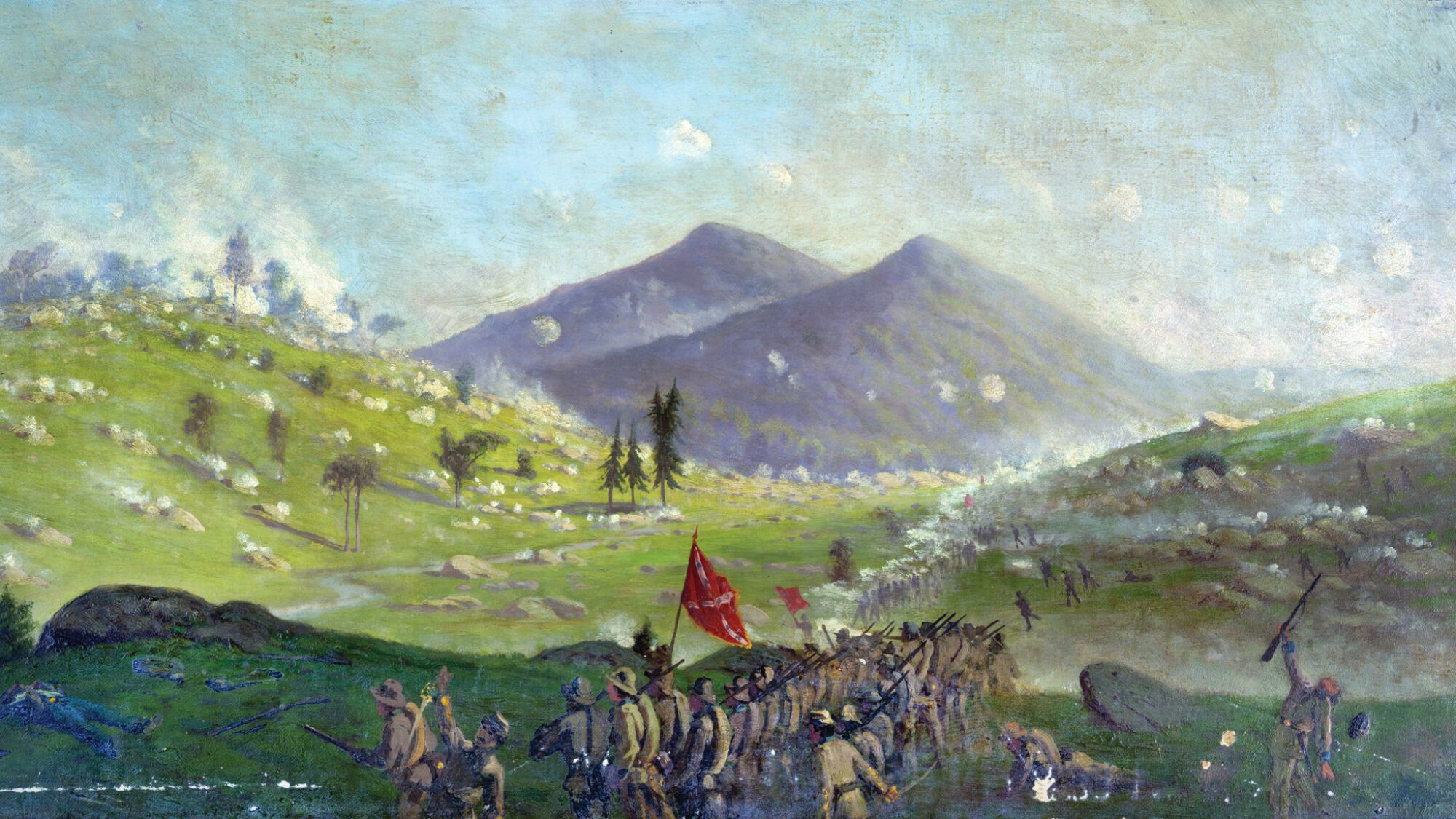 Photo Credit: Confederate forces mass at the base of Little Round Top shortly before making their assault against Col. Strong Vincent’s troops defending the far left of the Union line at Gettysburg

He Was Full of Pluck!

Union colonel Joshua Chamberlain, the defender of little round top, received numerous accolades after the battle, but William Oates, his confederate counterpart was given scant recognition.

This article appears in: The Battle of Gettysburg

By Al Hemingway Covering the left flank of the Union Army at Gettysburg, the hill known as Little Round Top, was heroically defended against determined Confederate attack. As soon as Union commander General George Meade realized a Confederate attack on the Union left was immanent, he had Colonel Strong Vincent dispatch the four regiments of his brigade to defend the hill, including Joshua Chamberlain and the 20th Maine. As Chamberlain recalled later, “Passing to the southern slope of Little