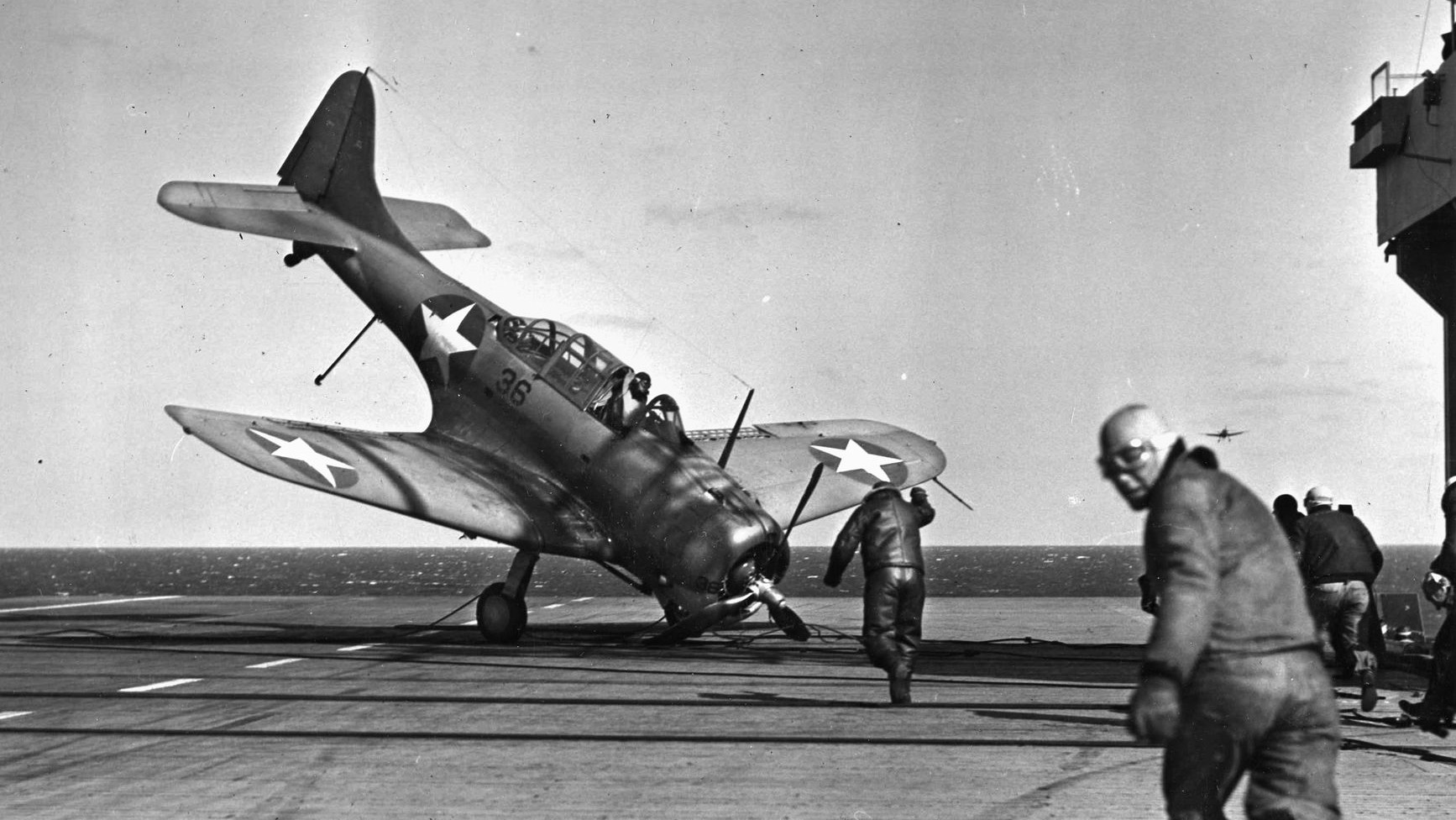 Navy student pilots did not always land smoothly on the USS Charger.

This article appears in: April 2013

To naval aviators, any landing they could walk away from was a good landing. The escort aircraft carrier USS Charger trained men in good landings, but bad landings were also part of the education. As a training carrier in Maryland’s Chesapeake Bay, the Charger’s wooden deck served as the first landing strip for would-be aviators. Not all the landings were pretty: Tailhooks missed arresting wires, landing gear collapsed, propellers chopped the deck, and pilots overshot their landings, splashing their planes into the bay. Mishaps sometimes resulted in dead or injured pilots and deck crews.

Despite the dangerous mishaps, the Charger qualified both American and British aviators who went on to fly escort duty for Atlantic convoys. The aviators fortunate enough to walk away from their Charger landings helped win the war against Germany.