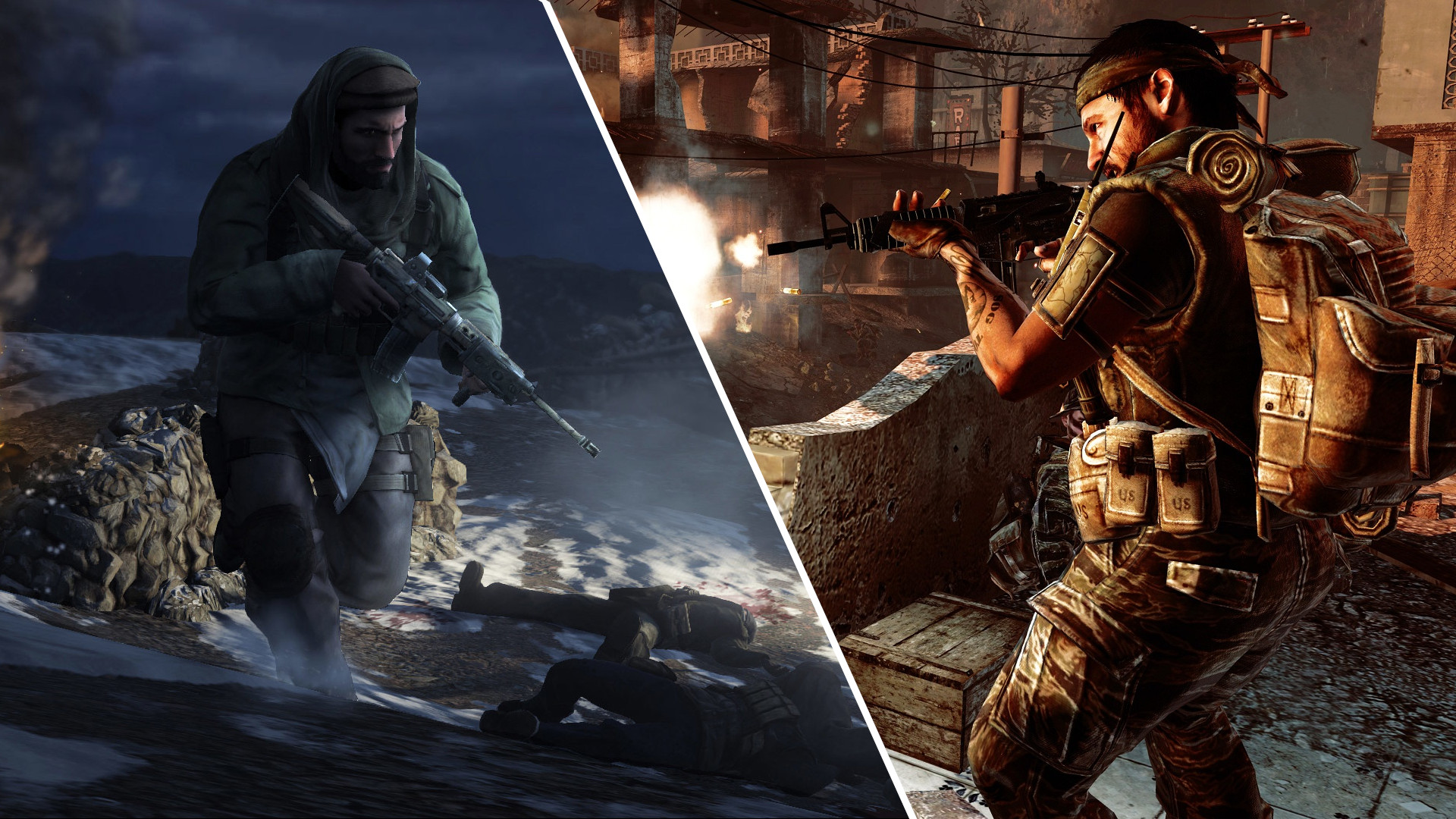 Medal of Honor vs. Call of Duty

Will Medal of Honor ever be able to come out of the cold and retake the FPS throne from Call of Duty? EA has certainly given it an honest try.

This article appears in: February 2011

Is it really any surprise at this point that the latest Call of Duty title completely obliterated sales records upon its release? It shouldn’t be, and there’s good reason that the public invests so much confidence in the quality of the franchise. That said, this is yet another entry that puts developer Treyarch behind the wheel. Despite their decent output with games like Call of Duty 3 and Call of Duty: World at War, they’ve always been considered second fiddle in many ways to the now-shaken-up Modern Warfare team, Infinity Ward. Well, if Treyarch left anyone in doubt of their ability to steer the ship before, Call of Duty: Black Ops should swiftly dash those dismissals.

Black Ops offers a welcome departure from what was an exciting, yet completely over-the-top, experience in Modern Warfare 2. Rather than pushing ahead to the not-so-distant future, the story is dispersed across various Cold War conflicts, spanning a small handful of characters fighting for their lives from Cuba to Vietnam. The way the narrative unfolds is much more interesting, and certainly less convoluted, than its predecessor. Where Modern Warfare 2 occasionally and unnecessarily obfuscated its tale, Black Ops is straightforward, using a mysterious interrogation and campfire stories to thrust the player into past conflicts. 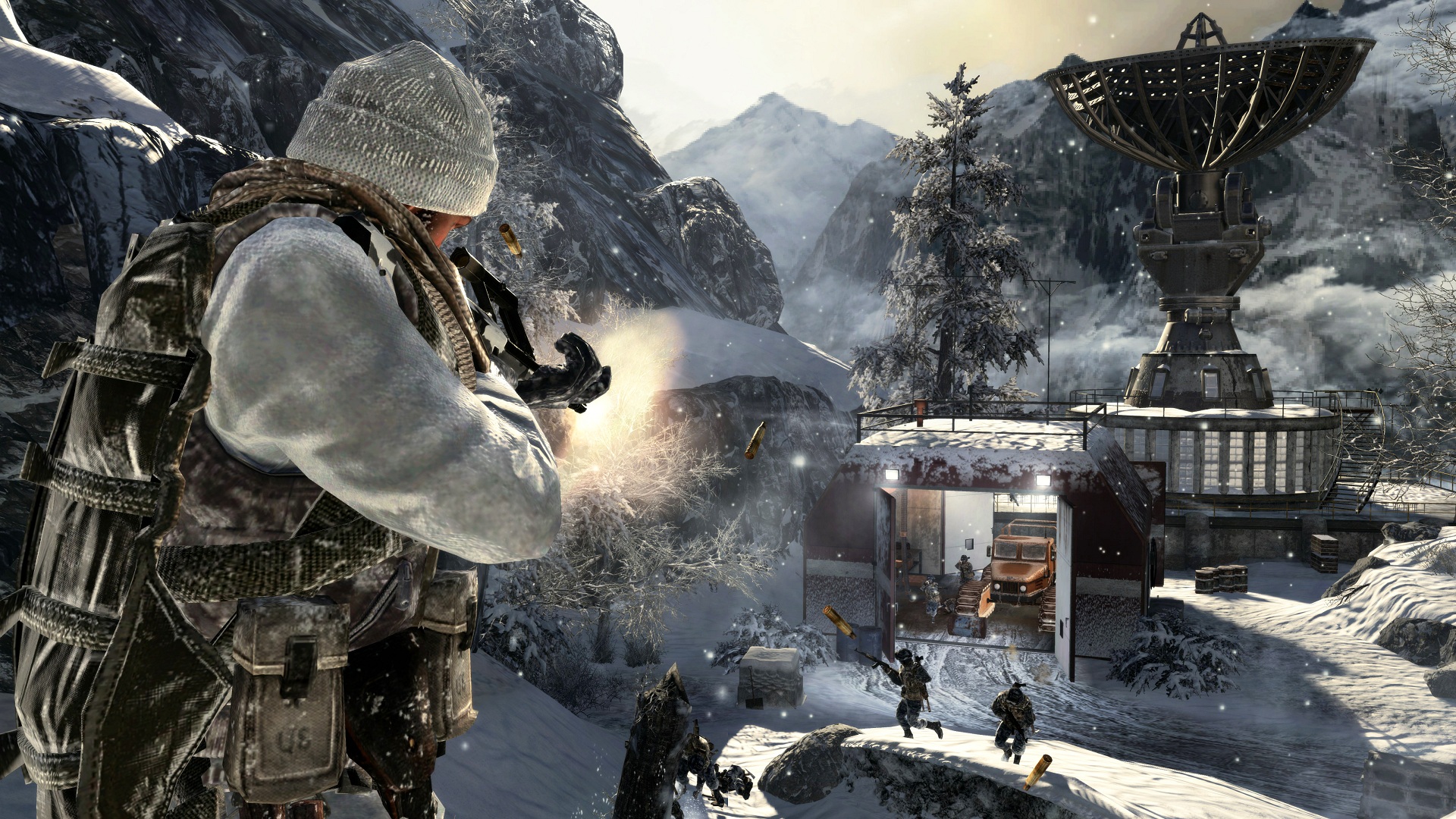 Beyond that, most everything about the game will be familiar to those who have been valiantly blasting their way through the series for years. This is both welcome and, in some ways, detrimental. On one hand, the meat of the game comes in the form of tossing the player right in the midst of explosive events, and the BIG scripted moments of Black Ops are some of the best yet. However, there’s something to be said for the fact that a great deal of the campaign’s action rely on infinitely spawning hordes of enemies that can only be halted with bold forward movement. Sure, that’s exciting in some ways, but it’s a design crutch that has plagued Call of Duty for as long as most can remember.

If that doesn’t bother you—and it only should to an extent—then you’ll be in for a hell of a treat. The same can be said for the multiplayer experience, which builds nicely off of the road paved over the course of the last few games. Additions like the currency system—which has soldiers blowing funny money on weapons and accessories—are certainly welcome shake-ups to the proven mold. Online firefights can be demanding affairs, at least if you hope to play on a level beyond “die all the time,” but even dying isn’t that bad a gig in such exciting situations. While millions of people absolutely can and usually are wrong about most things, Black Ops is another war-based winner for the majority. 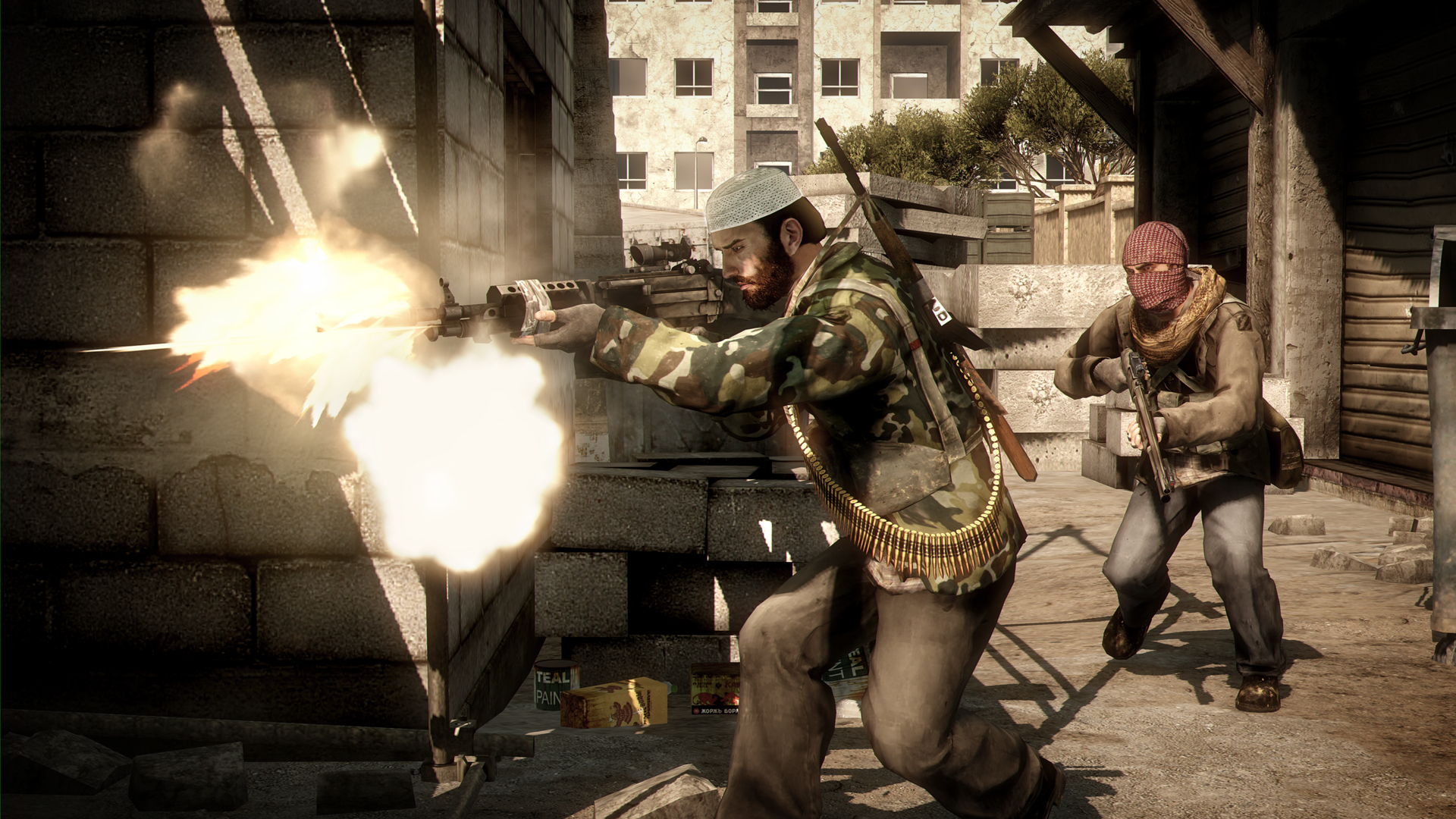 For many people, myself included, Medal of Honor was the first “classy” World War II shooting experience available on consoles. As classy as a first-person shooter recounting events from a devastating war can be, of course, but classy nonetheless. For whatever reason, though, the series eventually fell from its longstanding reign and bowed politely as the jewel-encrusted scepter was handed to Call of Duty. Despite EA’s attempt at retaking the throne via a delightfully expensive digital coup, the crown remains unshifted, but that doesn’t speak ill of the quality of their latest outing in the least.

EA made a smart move in splitting development duties of the game’s Campaign and Multiplayer between two teams. Danger Close took the reins of the campaign—a relatively serious excursion through the horrors of our ongoing war—while multiplayer duties were handed off to DICE, better known as the folks behind the excellent Battlefield series. They put the knowledge they gained in making Battlefield: Bad Company 2 to good use here, nicely complementing the fairly routine but nonetheless entertaining single-player story. 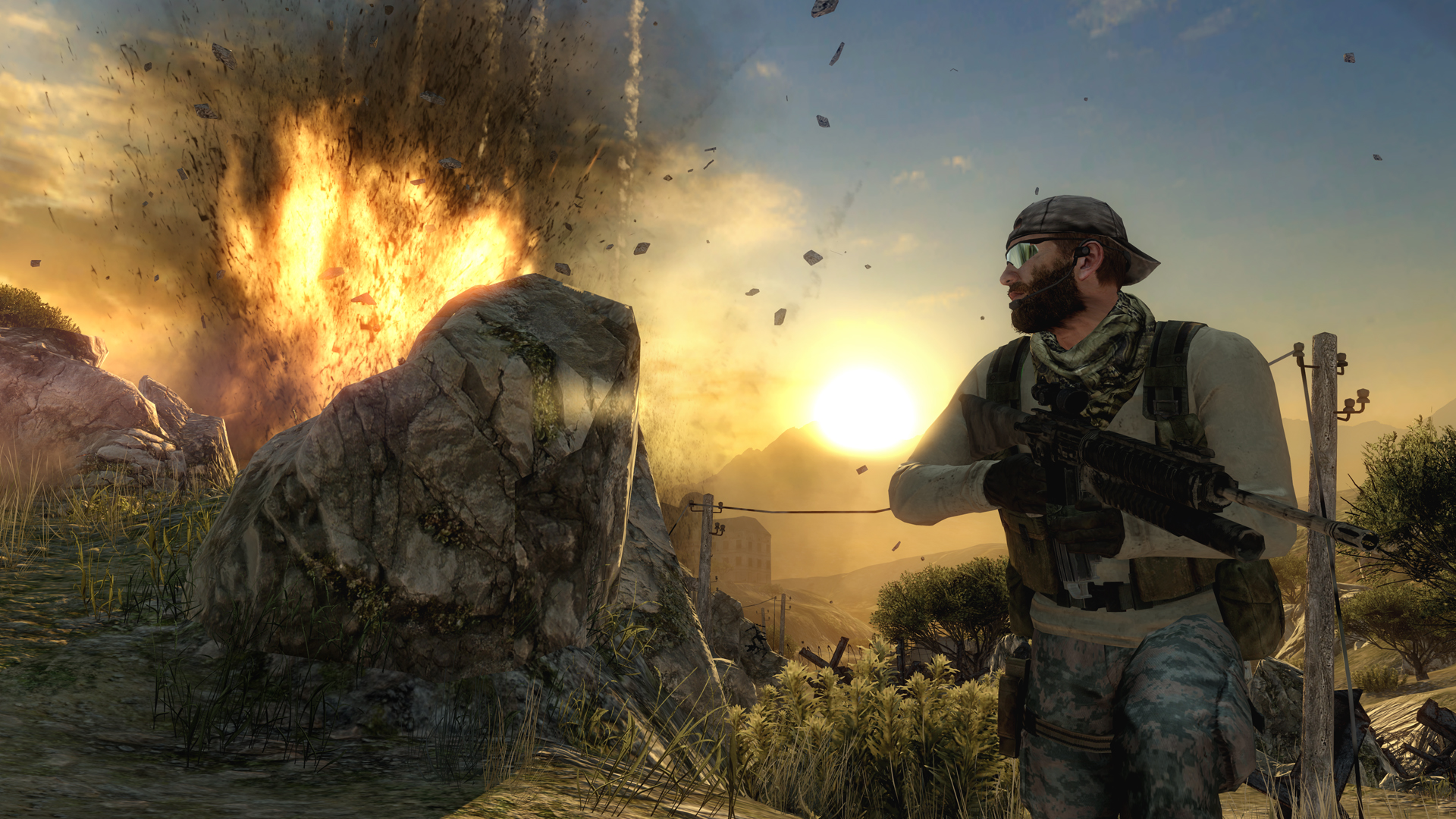 Across both of the game’s main modes, Medal of Honor presents a grand imitation. It’s hard to hold anything against EA for cribbing ideas from the competition, and it’s generally pulled off with the gusto expected of a true triple-A title. While the campaign doesn’t offer much insight—or moral quandaries or, really, anything deeper than surface-level action and some admirable bravado—into the peril our soldiers are currently facing overseas, it’s still done with enough respect to keep it from seeming terribly exploitative.

It’s probably for the best that Medal of Honor’s release preceded Black Ops by a month or so, but don’t let the shadow of Activision’s beast steer you away from serving in this solid series reboot. If EA and its teams continue to expand on this foundation while making it even more distinct from other shooters on the shelf, Medal of Honor’s future has the potential to match Call of Duty’s success, in quality if not in sales.