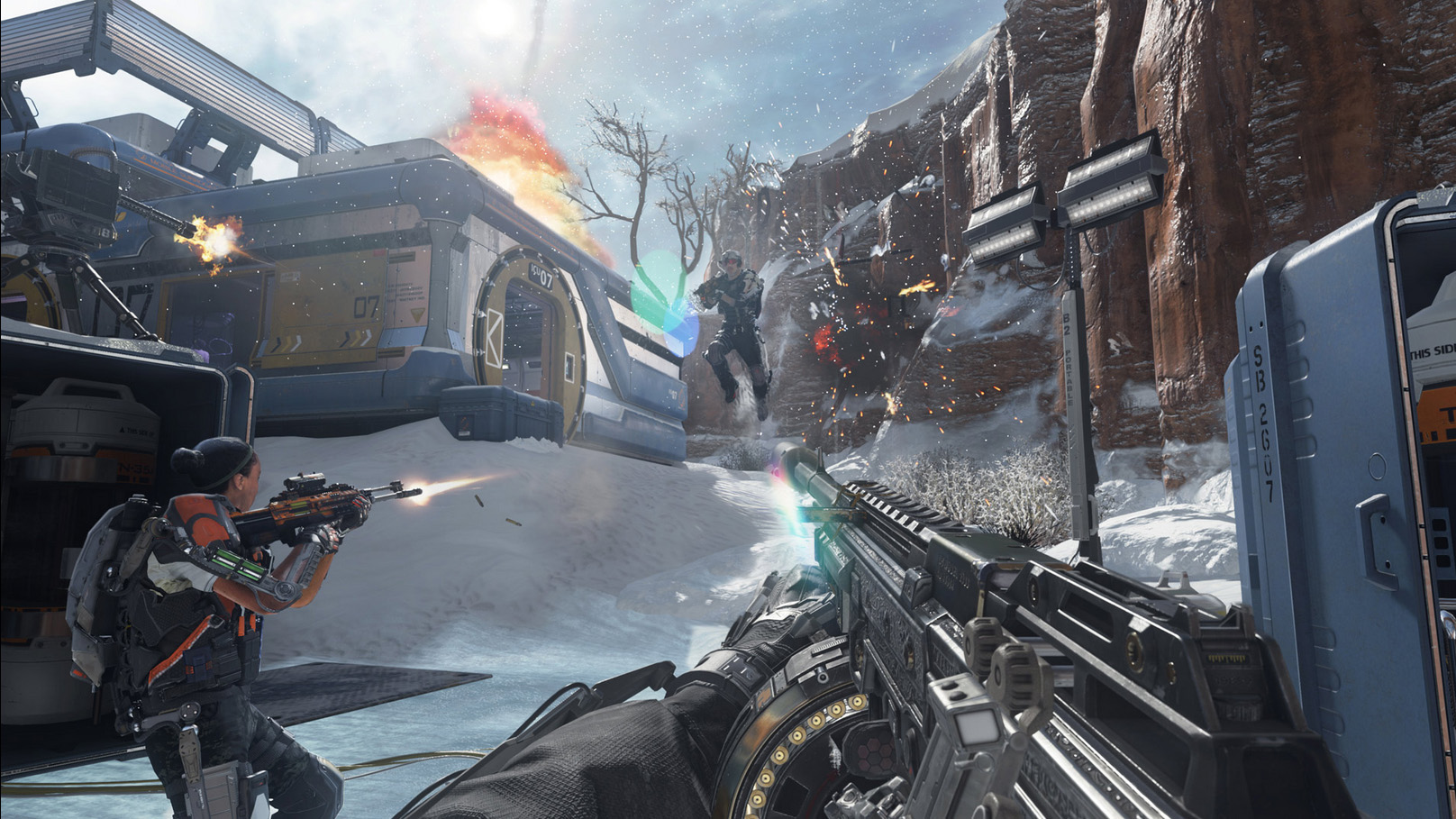 The newest addition to the CoD franchise, Call of Duty: Advanced Warfare is looking promising, with some big updates around the corner.

With another year we have another Call of Duty, this time in the form of Call of Duty: Advanced Warfare. The latest entry in Activision’s long-running franchise takes things beyond the realm of modern warfare, throwing in futuristic tech that fits right in with a setting that starts off in 2054. The result is a mostly exciting campaign paired with the usual multiplayer thrills that keep Call of Duty games running from one installment to the next.

Players take on the role of Private Jack Mitchell, who suits up in high-tech military gear for the United States Marine Corps in an effort to take out the North Korean forces in Seoul. After losing both his friend, Private Will Irons, and his own left arm, Mitchell finds himself discharged from service. This provides an opening for Will’s father, the rich and powerful Jonathan Irons (Kevin Spacey), CEO of private military contractor the Atlas Corporation, to attempt to get Mitchell to join his outfit. To say he’s not fond of the U.S. military is an understatement, and Atlas finds some real potential in Mitchell, who he quickly outfits with advanced prosthetics before sending him out on missions against a terrorist group known as the KVA.

Early missions as a member of Atlas task players with finding and, hopefully, putting a stop to notorious KVA leader Joseph “Hades” Chkheidze. From rescuing the Nigerian prime minister to capturing a KVA technologist, the tech used on the field gradually gets more and more impressive. Even the most advanced setup in the world fails to prevent KVA’s ultimate attack, though, as the terrorists manage to force a nuclear reactor meltdown in Washington, triggering multiple attacks around the world and killing thousands. It’s after this tragedy that things start to really get interesting.

One of the More Coherent Stories in the Series

The Call of Duty franchise isn’t known for the most graceful storytelling, and its twists and turns are typically telegraphed well in advance. While there aren’t too many surprises in Advanced Warfare, it does manage to be one of the most coherent stories of the series, and while the major turning point won’t shock anyone, it does provide a nice sense of progression, consistently raising the stakes from beginning to end. Kevin Spacey and the rest of the cast do an admirable job of selling things, even if seeing Spacey in his ultimate uncanny valley CGI form can be a bit unsettling.

Some of the previous entries started out strong and petered out over the course of their respective campaigns, but the opposite holds true for Advanced Warfare. Early stages had me groaning and wondering how long the whole thing would be—despite the new tech it all seemed so familiar—but that started changing after the first handful of missions. Locales and objectives are nicely varied after the awkward beginnings, and abilities like grappling hooks and boost jumps add a new dimension to a franchise that occasionally gets a bit too comfortable with itself. The last few missions are genuinely thrilling, with exciting firefights and plenty of those big Call of Duty moments we’ve all come to expect.

Most surprising is the fact that there’s actually a bit of freedom in the way certain objectives can be completed. While there’s still the issue of overly-cinematic moments that rely on timed button presses and trial and error, it’s nice to see the occasional break from that rearing its head from time to time. By the end of the campaign I felt it was genuinely the best single-player experience since maybe Call of Duty: Modern Warfare 2, but we all know this is just the temporary fix that kicks off the full CoD package. Leaping into multiplayer should be comforting for those who stick to it year after year; well, as comforting as repeatedly dying can be, at least. 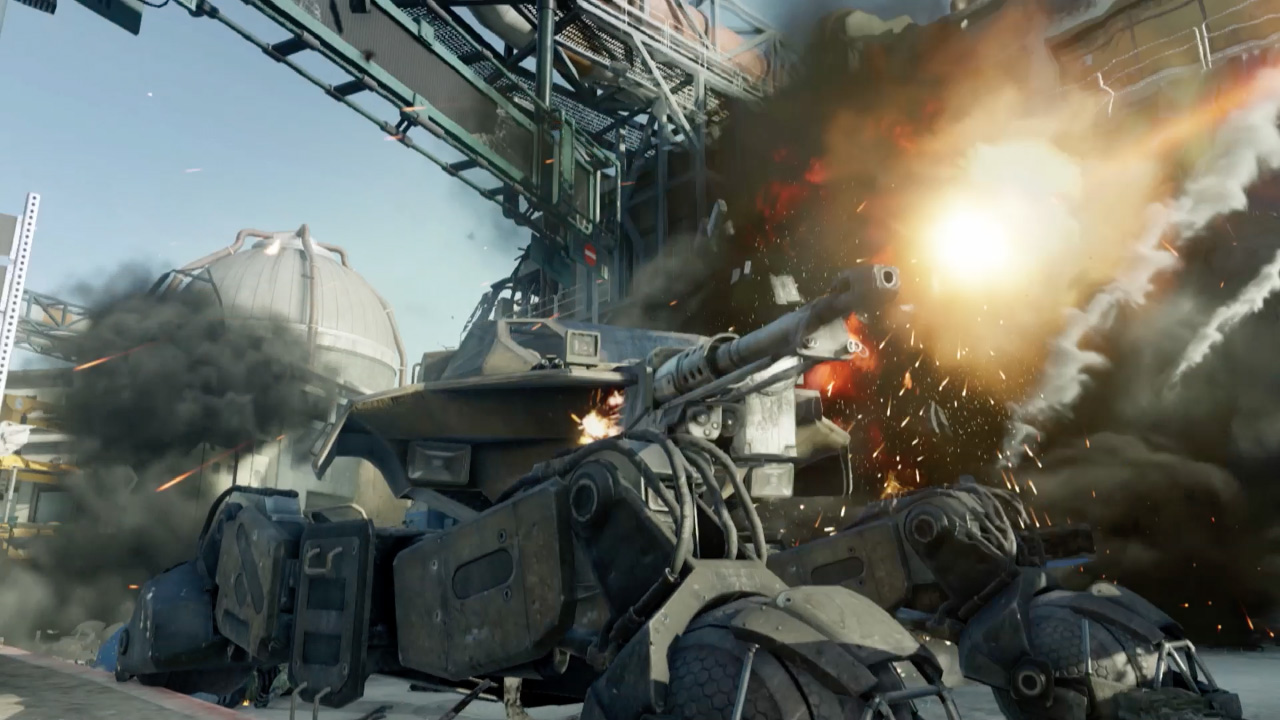 Big Updates On the Horizon

Leveling up was never too much of an issue in the past, but it’s even breezier in Advanced Warfare. Players of all skill levels can look forward to plenty of rewards for sticking it out, from general experience and rank-ups to cosmetic bonuses, new weapons to put toward custom loadouts, and more. Customization ends up being one of multiplayer’s strongest suits, with players able to tweak their character to their own specifications and even test out their weapon choice in a multiplayer lobby firing range to make sure it feels just right. Some won’t warm up to the Exo Suits as quickly as others, but it all mixes together nicely and should keep anyone interested in online firefights hooked for quite a while.

The future of Advanced Warfare is looking pretty promising, too, with some big updates around the corner. One of the major upcoming releases is Exo Zombies, which is coming in early 2015 to the online stores and those who picked up a season pass. Exo Zombies, as you might have guessed, is the big zombie-blasting campaign, and is set to be released episodically. The first chapter will come alongside the Havoc expansion pack, scheduled to be available for Xbox players first with the rest to follow. Some heavy-hitter talent is getting in on the fun, too, including John Malkovich, Bill Paxton, Rose McGowan, and Jon Bernthal.

Some aspects of Call of Duty: Advanced Warfare might bring Titanfall to mind, and perhaps there was some inspiration there. It’s still Call of Duty through and through for the most part, though, and if more of that sounds like a treat, then Advanced Warfare is a solid purchase. After the last couple entries let me down, Sledgehammer Games’ work on Advanced Warfare brought me back into the CoD fold with open arms. If the rest of the DLC turns out to be worthwhile it should have no problem staying on top of the play pile.