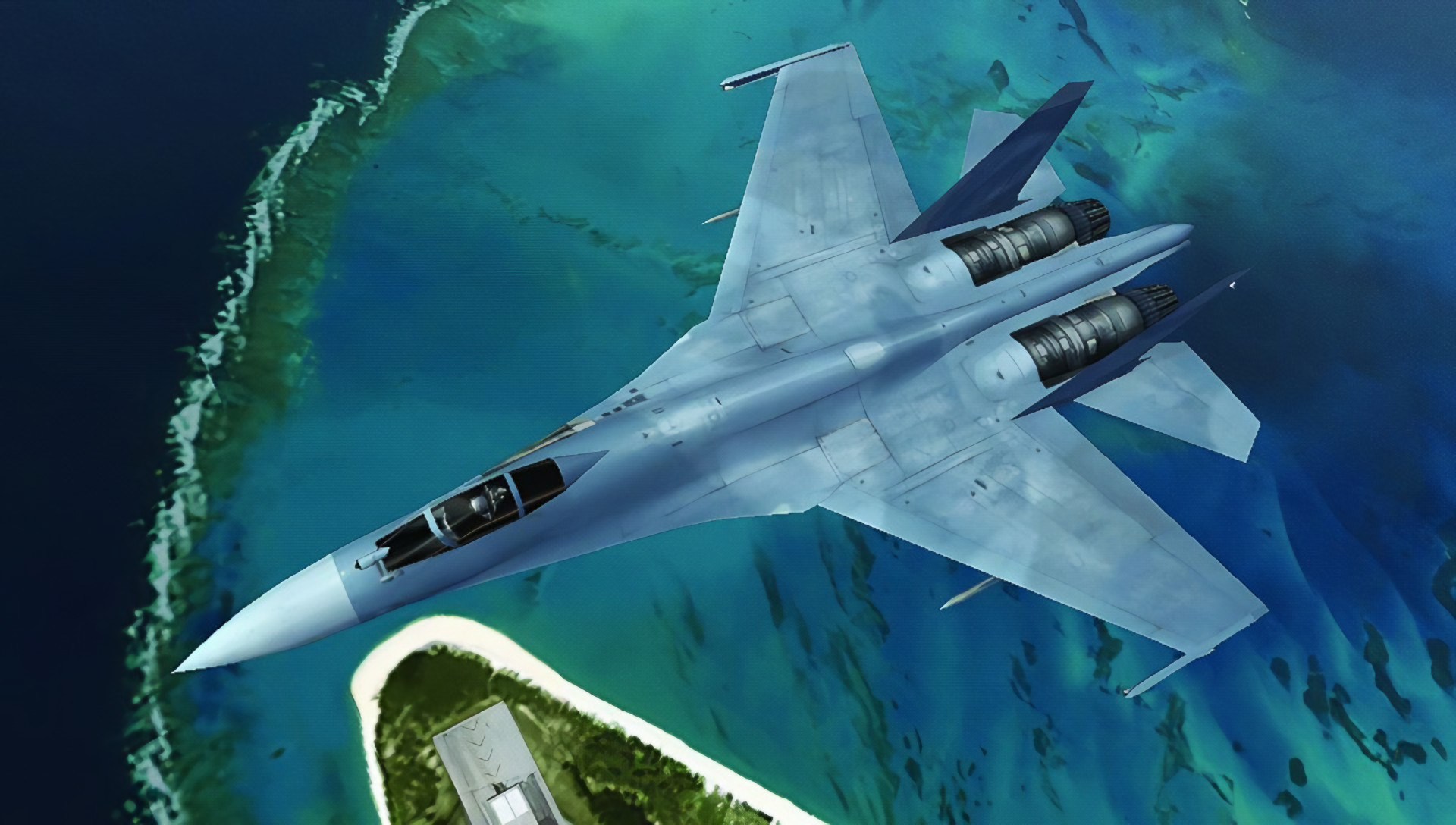 Like other titles in the Ace Combat series, Joint Assault lets you recruit some pals for co-op play and blaze the skies while knocking out bogeys.

Ace Combat games aren’t exactly known for being precision flight sims, or sims of any kind, for that matter. The series is practically defined by its looser, more action-oriented nature, and we wouldn’t have it any other way. The aerial combat genre as produced in Japan tends to be as much about flying as it is looking cool while doing so, and Namco Bandai continues the tradition about as well as can be expected on Playstation Portable.

Those who have only played the Ace Combat series via the big brother console versions can’t really expect those gorgeous visuals to migrate in full to the confines of the PSP, but what’s here is certainly more than the face of an ugly, neglected sibling. With little exception, Ace Combat translates nicely, with detailed plane models making the most of the system’s resources. Things get a little muddy when it comes to landscapes, and none of the real-world locales’ landmarks are exactly worthy of a fly-by gander, but it’s tough to be bothered by that when in the heat of an intense dogfight. 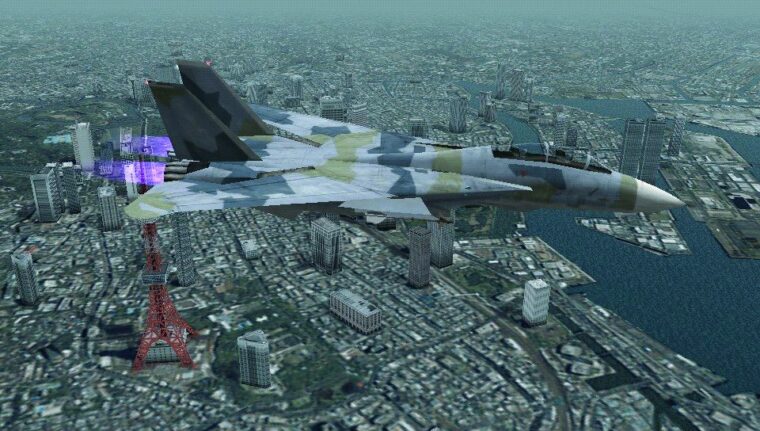 As far as those are concerned, the only true crime is one inherent to all PSP games: the lack of the second analog stick. It may not be as crucial to Ace Combat as it is to, say, a third-person action title, but its absence is felt nonetheless. The sacrifice is most clear in the maneuverability of the broad line of aircraft. They fly just fine, but there’s a bit of stiffness involved thanks to tightened control restrictions—something that hurts most when surrounded by closely circling enemies just outside of your reticle.

Thankfully, there’s plenty implemented in the heads-up display, and in the general flow of action, to help offset the limitations of the system. Missions, which find the player as nothing more than fresh fish in a private military company known as Martinez Security, run the gamut from the simple clearing of enemy aircraft to protecting major cities from the threat of massive enemy battlestations. This being the first entry to be set in the real world doesn’t add or detract anything specific from the dramatic plights, but it’s an interesting turn for a series that still features some borderline sci-fi-level enemy aircraft.

When it comes to the friendly hangar, there’s no shortage of options for those with the drive to unlock them all. It boils down to a total of about 40 to choose from when all is said and done, from the F-4 Phantom to the A-10 Thunderbolt II and beyond. Anyone who’s a fan of planes and not a stickler for history or realism in their dogfightin’ games will no doubt be pleased with the lineup.

Co-Op Is Where It’s At

If much of this is sounding familiar to those who played the series’ last portable outing—2005’s Ace CombatX: Skies of Deception —well, it’s because it is. Where Joint Assault becomes more of its own experience, however, is in the addition of co-op throughout the campaign. It’s one thing to blaze through the skies and knock bogeys down from all directions, but it gets much more exciting and satisfying when doing so with at least one friend. Why stop there, though? The best thing about Joint Assault is that it offers options for up to four players, who can either take on missions as one large unit, or by splitting into two separate units in Relay Missions. Sure, there’s also competitive multiplayer, but co-op is where it’s really at.

Playing with others becomes exponentially important as the game progresses. This isn’t necessarily because of the rise in difficulty—though that is, indeed, there—but because of mission length and the repetition of tasks. While the enemy forces grow both in threat and physical size, most of what you’ll be doing to thwart them stays the course. This is hardly noticeable in a squad of friends having a good time, but the long, checkpoint-lacking later missions become arduous tasks for the solo gamer.

That’s pretty much where the line is drawn here as far as a recommendation is concerned. If you plan on going it alone, it might be best to reconsider joining in on the Joint Assault campaign. Maybe look into one of the more visually dynamic console entries instead if you’re new to the series and the concept still piques your interest. However, if you plan to recruit some pals and relish the title’s namesake through some cloud-bursting co-op play, then this will likely end up a worthwhile addition to your portable library.