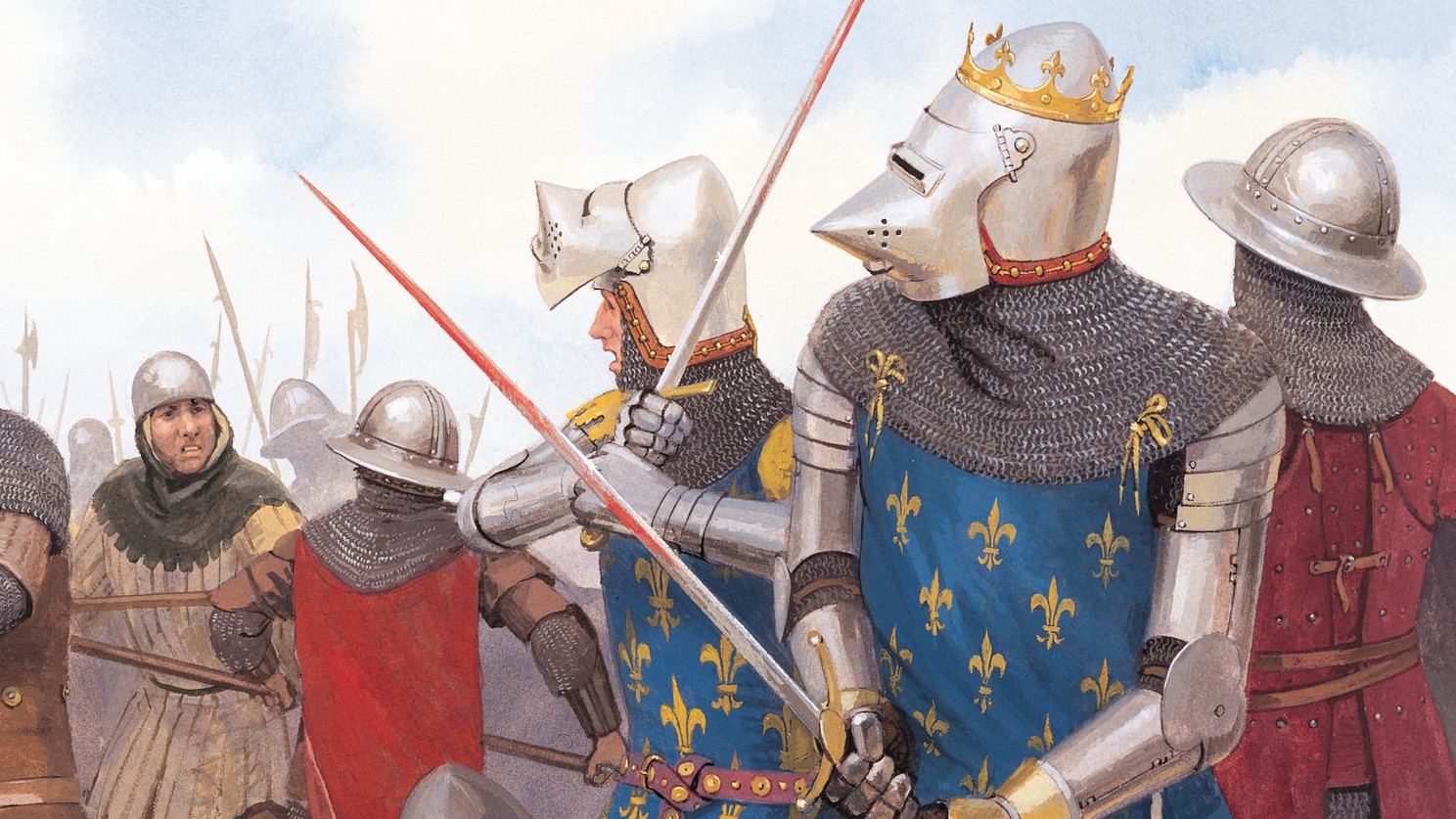 English Man-at-Arms in the Wars of the Roses

This article appears in: Winter 2023 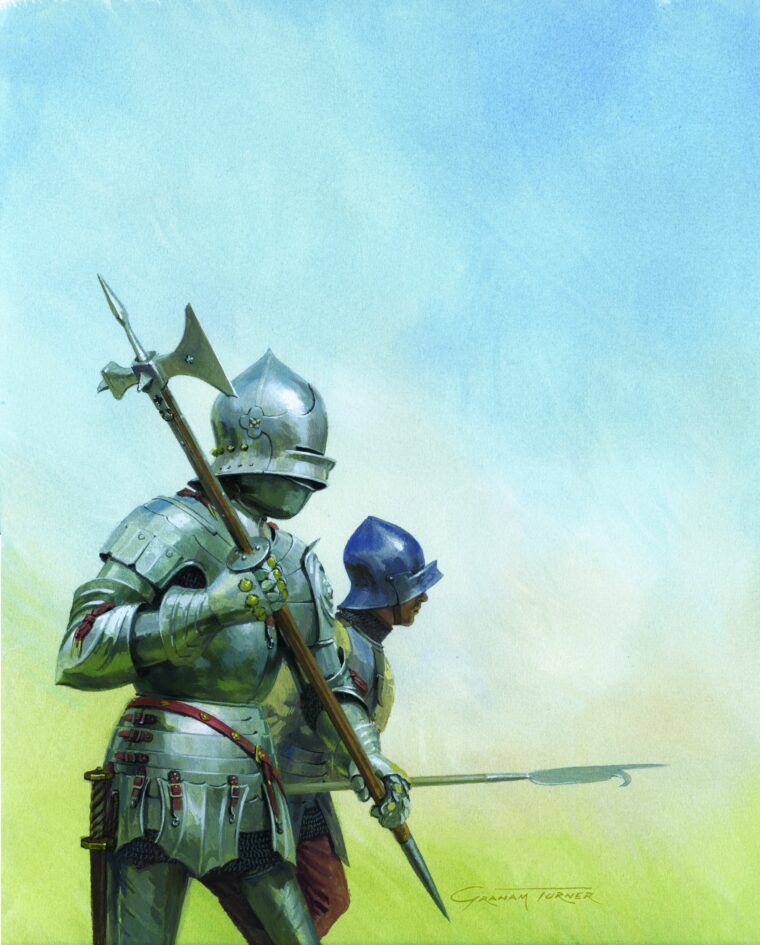 The Wars of the Roses (1455-1487) encompassed three civil wars that were fought between two rival branches, York and Lancaster, of the House of Plantagenet, for control of the English throne. Each army was composed of a professional core of armor-clad warriors who functioned as heavy infantry and were drawn from the landowning peerage or gentry. These warriors, known as men-at-arms, were led by a nobleman or knight who retained them.

Unlike the Hundred Years War between England and France, knights and men-at-arms dismounted before the battle began and fought on foot. Their presence among the light infantry, such as archers and billmen, raised morale and reduced their exposure to arrow fire. Battles often lasted just a few hours and the outcome almost always was decided by hand-to-hand combat between opposing men-at-arms.

POLEAXE: Designs varied but were usually a four-to-six foot shaft with a metal head consisting of an axe-blade or hammer head on the face. The rear of the head was either a hammer or a fluke. In addition, a spike projected from the end of the shaft.

HARNESS: By the second half of the 15th century, new ways of forging iron to made stronger, more flexible suits of armor, or “harness.” The main body armor consisted of plated metal parts that could slide freely across one another. The sturdy protection allowed its wearer to forego a shield and wield a poleaxe or other heavy weapons with two hands.

SALLET: A visored helmet was worn over a padded cap, with the outward curve extending from the back of the neck helped to deflect blows. A triangular metal plate known as a bevor worn just below the sallet protected the neck.

RONDEL: On the hip opposite his sword was a 15-inch steel dagger that tapered to a needle-like point. Some blades were round and others were triangular-shaped. Once a man-at-arms had knocked his opponent to the ground, he could use the rondel to stab through gaps in the armor or pry open the visor of a helmet in order to stab the opponent in the face.