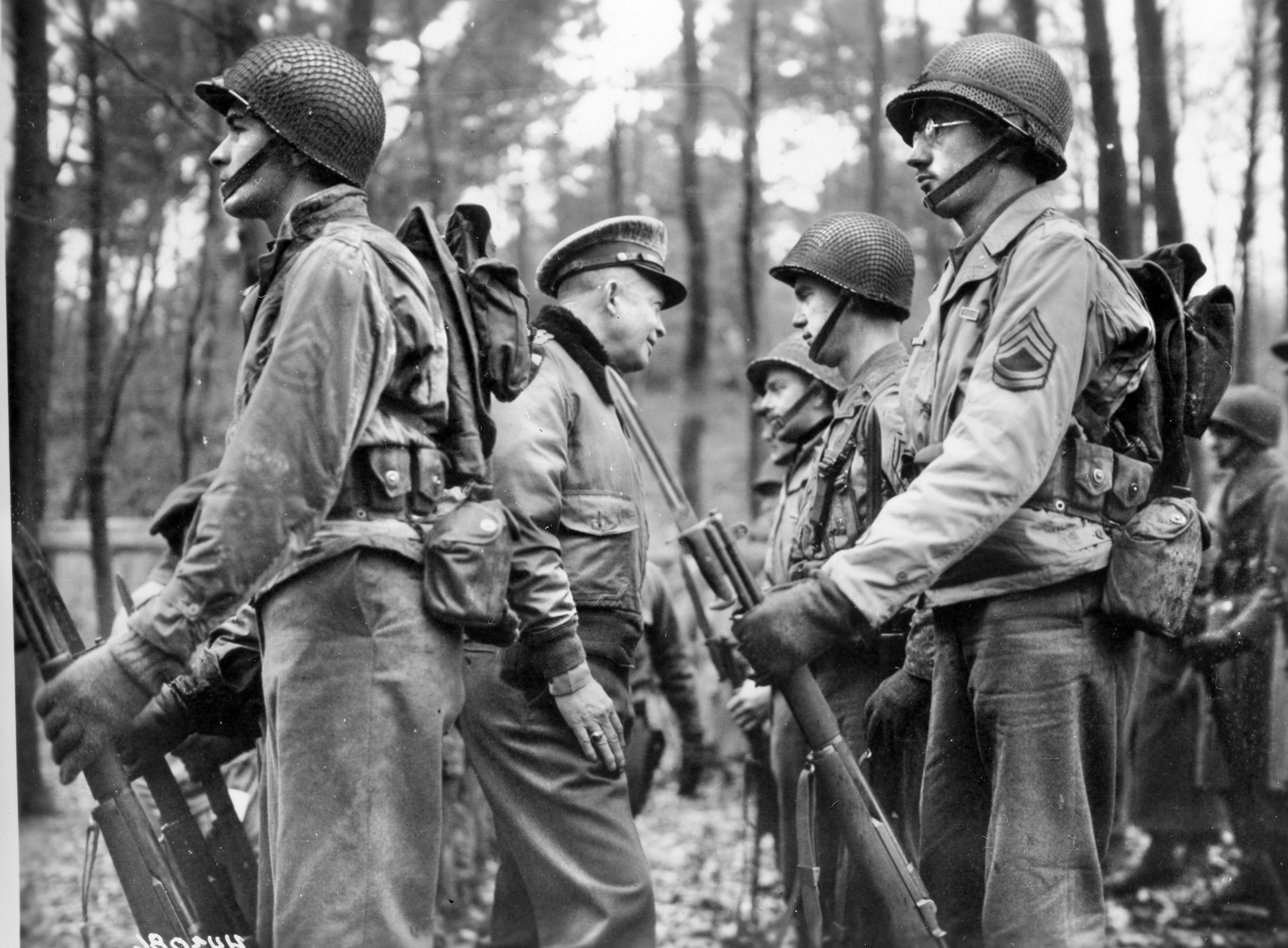 Eisenhower ﻿to the Front

The Allied Supreme Commander loved his men and made a point of listening personally to their input and their personal stories.

General Dwight D. Eisenhower enjoyed visiting troops in the field. After the Battle of Normandy and the race across France, the Supreme Allied Commander toured the front in mid-November, 1944. He competed his tour by spending two days, November 15-16, with Lieutenant General George S. Patton’s Third Army in Nancy, France. There, he took a measure of Patton’s men, inspecting rear-echelon troops as they repaired vehicles, hauled supplies, and distributed scarce fuel. He also chatted with wounded soldiers in a hospital.

As he made his rounds, Eisenhower would ask individual soldiers what they did in civilian life, followed by a few questions about their lives before the war. He would then kid them by asking for a job once the war ended. “Meantime,” he would conclude, “do me a favor, will you, soldier? Go in and get this war finished up, fast—so I can go fishing.” The men loved it. Patton noted that the problems of command left his boss, who seemed pleased just to stand in the mud, talking to soldiers.

At the 12th Evacuation Hospital, both generals talked to the wounded. With cold and wet weather already affecting the men’s health, Eisenhower concerned himself with trench foot, a swelling of the feet from cold water immersion that could lead to amputation. Patton had made battling trench foot a priority, issuing extra socks to his men along with instructions on how to ward off the malady. Patton’s aggressive measures impressed Eisenhower.

By the time Eisenhower returned to his headquarters, muddy and wet, he felt satisfied with his travels. The men’s high morale impressed him, despite the harsh living conditions and an enemy that had not yet been defeated.