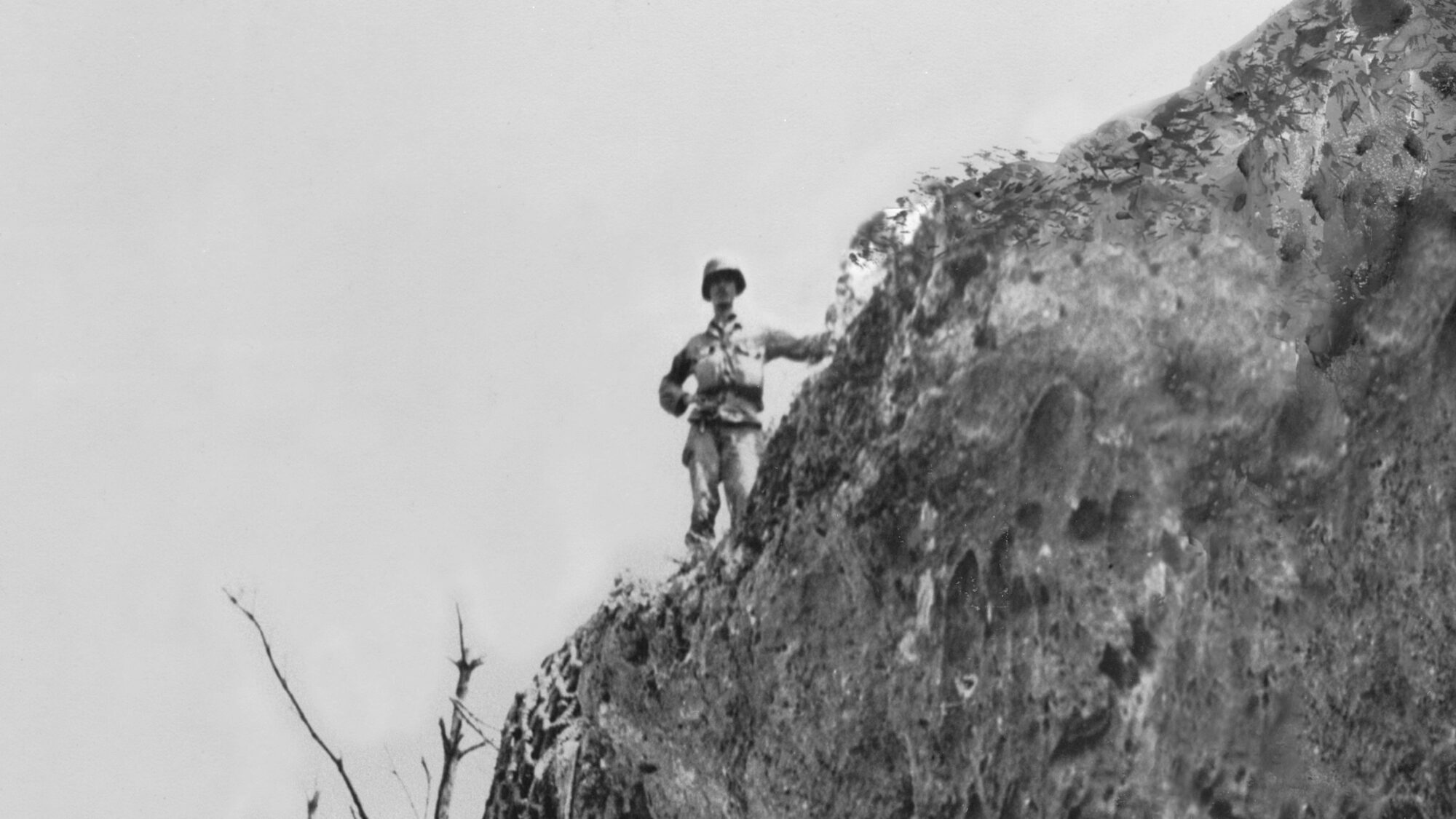 Desmond Doss, a conscientious objector, received the Medal of Honor for courage under fire.

This article appears in: April 2017

On April 1, 1945, the American X Army landed at Okinawa, just 340 miles from the home islands of Japan. Eighty-two days of bitter fighting followed as the Japanese enemy had fortified concentric defensive lines across the southern end of the island. When the fight was over, more than 39,000 American soldiers, sailors, and airmen were killed, wounded, or missing. The Japanese suffered catastrophic casualties, 110,000 dead and an estimated 11,000 taken prisoner.

Each time the Americans cracked one line or silenced an enemy strongpoint, they seemed to encounter another. Previously innocuous geographical features received memorable nicknames, including Half Moon, Sugar Loaf, Conical Hill, The Pimple, Wana Ridge, and Wana Draw. Men fought and died by the score, encountering machine-gun nests and bunkers with interlocking fields of fire and mortar and artillery emplacements zeroed in on every avenue of approach.

Twenty-four Marines and soldiers of the U.S. Army received the Medal of Honor during the three months of combat on Okinawa, and among them was one of the most unlikely heroes to emerge from World War II. Desmond Doss was born in Lynchburg, Virginia, on February 7, 1919. When the United States entered the war, he was 22 years old. The family belonged to the Seventh Day Adventist Church, and Desmond was a conscientious objector. Still, he wanted to serve his country and enlisted in the U.S. Army with the expectation and assurance that he could serve as a medic—and that he would not be required to carry a rifle.

Soon enough, he found out differently. Ridiculed and punished during training, Doss never wavered in his commitment to his religious faith. Finally, he won the opportunity to serve in combat, and he went into harm’s way unarmed. Famed actor and director Mel Gibson tells the story of Desmond Doss in the feature film Hacksaw Ridge, released last November, and some of the recreated combat footage is graphic. Gibson succeeds in portraying Doss as the forthright Christian man that he was, and viewers come away with a sense of the fortitude and faith it took to perform the heroic deeds with which Doss was credited on Okinawa from April 29 through May 21, 1945. 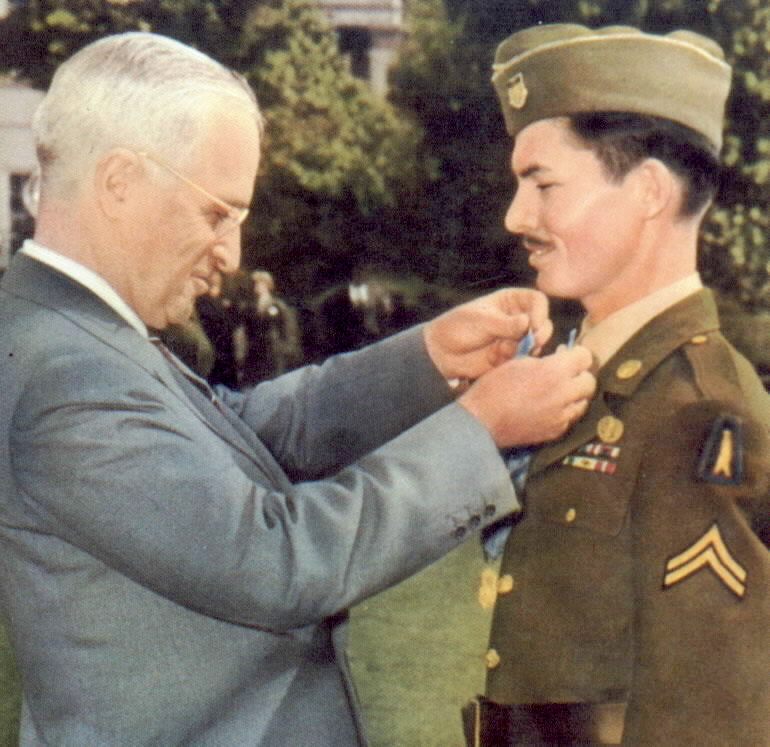 At the Maeda Escarpment, a 400-foot cliff known to GIs as Hacksaw Ridge, Doss was with the Army’s 307th Infantry Regiment, 77th Division in multiple assaults against stubborn Japanese defenses. Time after time, he exposed himself to enemy fire to retrieve wounded men, carry them more than 100 yards to the edge of the cliff, and lower them to safety and treatment via a makeshift system of ropes. Wounded in both legs by grenade fragments, Doss also suffered a serious wound to his arm from a sniper’s bullet. He used a broken rifle stock as a splint, and when he saw another severely injured soldier he crawled from his stretcher and instructed those nearby to place the other man on it.

When he was finally evacuated, Doss did not know how many men he had pulled to safety. Estimates ranged from 50 to 100, and the number 75 was agreed upon for use in his Medal of Honor citation. Desmond received the Medal from President Harry S. Truman on October 12, 1945. During his service, he also received two Bronze Stars and three Purple Hearts, contracted tuberculosis, and lost a lung. He spent five years undergoing medical treatment before recovering sufficiently.

For the rest of his life, Desmond Doss remained a humble man. He resisted efforts to make a movie about his exploits, fearing that Hollywood would somehow sensationalize the story and wanting all the glory that came with the Medal of Honor to go to his God. He died in 2006 at the age of 87 and is buried in the National Cemetery in Chattanooga, Tennessee.

Gibson is to be saluted for his gutsy, respectful, and long overdue portrayal of an American hero.