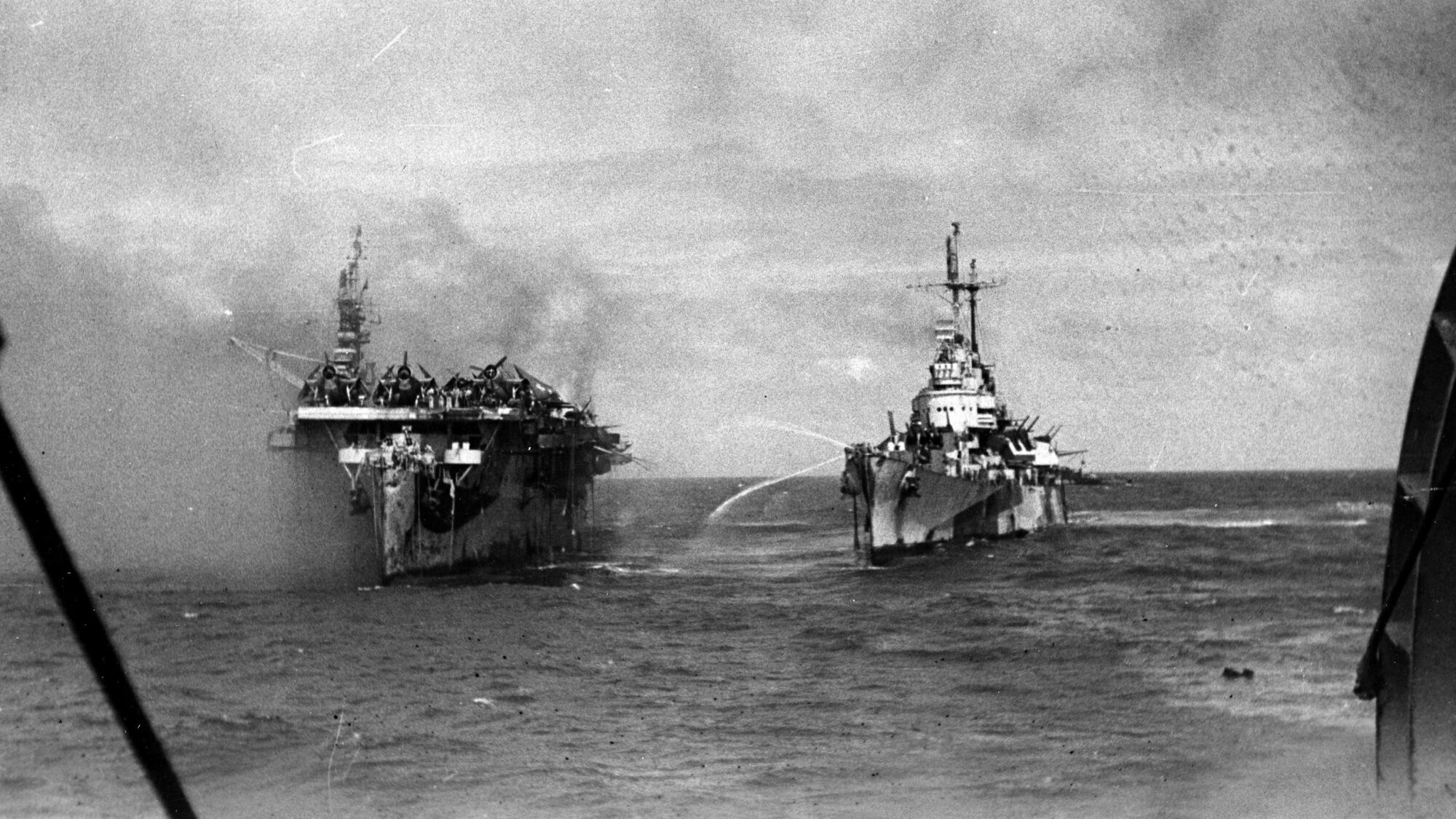 A seaman recalls his harrowing rescue as the light career USS Princeton sank in the Sibuyan Sea doing the Battle of Leyte Gulf.

By Joan Hunt The 13,000 ton Independence-class aircraft carrier USS Princeton, which was commissioned on February 25, 1943, quickly became known as the “Fighting Lady.” She made a name for herself supporting the occupation of Baker Island in August of that year, followed by raiding against Japanese installations on Makin and Tarawa atolls in the Gilbert Islands in September, and a busy November supporting the Bougainville landings and raiding Rabaul and Nauru and participating in the invasi