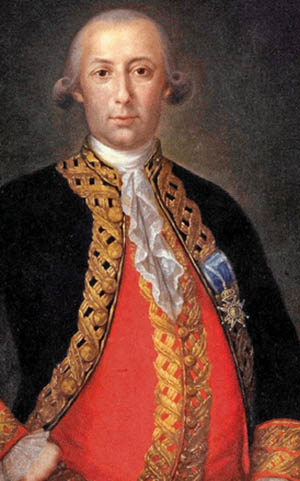 There has been a renewed interest in Bernardo de Gálvez, a Spanish military leader who played a major role in the American Revolutionary War.

Bernardo de Gálvez was a Spanish military leader who played a major role in the American Revolutionary War. A military leader who served as colonial governor of Louisiana, he favored staunchly anti-British policies, cracking down on English smuggling operations while promoting more trade with France.

In the Revolutionary War’s early years, he ran several smuggling operations in support of American colonists. Under orders from Charles III of Spain himself, he worked closely with Oliver Pollock, another highly undervalued American patriot, and shipped guns, ammunition, medicine and other supplies up the Mississippi River to colonials.
[text_ad]

At the time, Spain wanted to aid the colonists’ revolt because they felt they could then recover some territories previously forfeited to the British, but Gálvez allowed American forces passage through New Orleans long before Spain declared war on Great Britain.

An exceptional military tactician, he executed a highly successful campaign against British forces at Manchac, Natchez and Baton Rouge in 1779. He received several honors from Spain for his many victories against the British, and was promoted to Field Marshal by the end of the war.

The Los Angeles Times reports that in 1783, the Continental Congress voted to place a portrait of Gálvez in the Congressional meeting room, but it’s unclear as to whether this has ever happened. Now, there’s a renewed interest in Gálvez’s portrait, led by administrative assistant Teresa Valcarce.

You can read more about Gálvez, his portrait and his contributions in the Revolutionary War by visiting the Fort Matanzas National Monument, or by viewing its website.