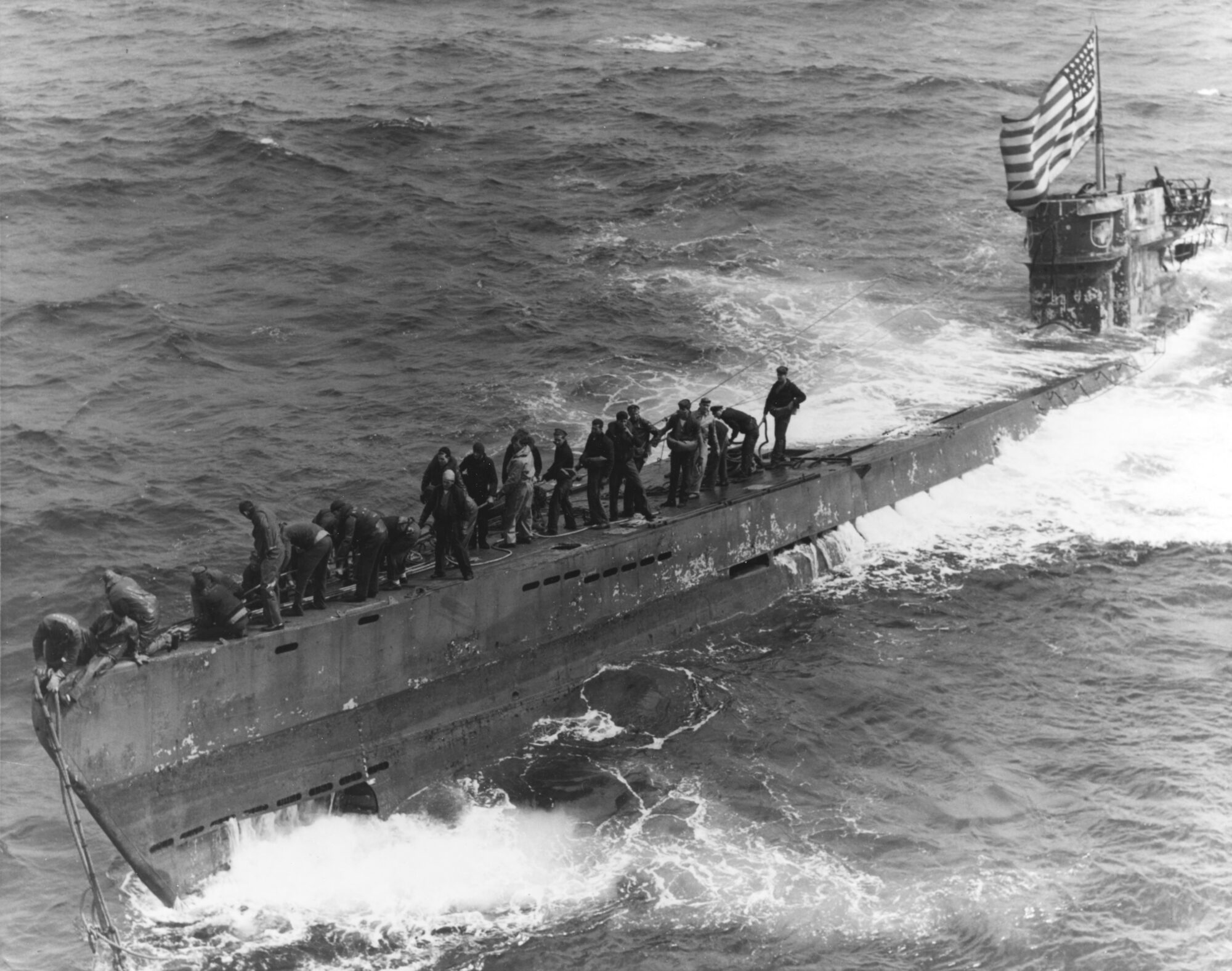 Capturing U-505 was a staggering blow against the ravaging Wolfpacks.

By June 1943, when a U.S. Navy task group under the command of Captain Daniel Gallery captured the Nazi submarine U-505 on the high seas—the first such seizure of the an enemy warship by the American navy since the War of 1812—Allied forces were obviously wresting the initiative in the Battle of the Atlantic from the rampaging Wolfpacks of the Kriegsmarine directed by Admiral Karl Dönitz.

This reversal of fortune occurred rapidly following the events of a grim October 80 years ago. During the month of October 1941, even before the United States had formally entered World War II, an undeclared war was raging between the U.S. Navy, escorting convoys of merchantmen carrying precious supplies to Great Britain, and the Nazi submarine crews bent on interdicting the trans-Atlantic lifeline that kept the British, standing alone, in the fight against Nazi Germany.

In mid-October 1941, the Gleaves-class destroyer USS Kearney was docked at Reykjavik, Iceland, when word was received that a convoy was under attack by U-boats that had essentially overwhelmed the convoy’s escort of Canadian warships. Kearney and three other U.S. destroyers went to the aid of the convoy, dropping depth charges in the vicinity of an attacking U-boat and continuing a vigorous defensive patrol through the night.

At midwatch on 17 October, the submarine U-568 fired a torpedo at the Kearney. Striking the starboard hull of the Kearney, the torpedo exploded, causing flooding in the forward fire room, where the damage was contained. Kearney limped back to Iceland at 10 knots and underwent temporary repairs, finally setting sail for Boston on Christmas Day (after the U.S. was already at war with Japan and Germany) for permanent repairs. Eleven sailors of the Kearney’s crew were killed and 22 wounded.

In truth, German submarines had already sunk a number of American-owned merchant ships, and the U.S. Navy, under the doctrine of freedom of the seas and the protection of the citizenry, was compelled to defend the Atlantic sealanes. After the Kearney incident, Roosevelt took to the airwaves with a stirring speech on October 27, 1941.

“We have wished to avoid shooting,” the president told his radio audience. “But the shooting has started. And history has recorded who fired the first shot. In the long run, however, all that will matter is who fired the last shot. America has been attacked. The USS Kearney is not just a navy ship. She belongs to every man, woman and child in this nation.”

Then Roosevelt went on to illustrate the magnitude of the loss and the affront to American sovereignty that had just occurred in the Atlantic. “Hitler’s torpedo was directed at every American, whether he lives on our sea coasts or in the innermost part of the nation, far from the seas and far from the guns and tanks of the marching hordes of would-be conquerors of the world.”

Roosevelt’s purpose was to steel American resolve for what was to come, to silence the strong Isolationist sentiment that had opposed his efforts to bolster the British in their fight against the Nazis—now two years since its outbreak—and to position his country to join in an alliance to oppose Hitler while knowing that war was inevitable.

Only four days after the president’s radio address, on October 31, 1941, another U.S. Navy destroyer, the Clemson-class USS Reuben James, was torpedoed and sunk by the German submarine U-552 off the coast of Iceland. The German torpedo blew the bow off the destroyer, and it sank immediately. The remainder of the stricken warship followed within five minutes. Although reports later asserted that the torpedo was intended for a merchant ship carrying ammunition, the damage was done. One hundred Americans died.

In response, Roosevelt reiterated his “shoot on sight” order, which had been issued a month earlier following an encounter between a German submarine and the destroyer USS Greer. It was necessary, he told the American people in a fireside chat, to destroy any Axis vessel operating in American waters “for the protection of which is necessary for American defense.”

The events in the Atlantic in the autumn of 1941 became moot in early December with the Japanese attack on Pearl Harbor. All pretense was dropped on December 11, when Hitler made one of his greatest blunders of World War II and declared war on the United States.