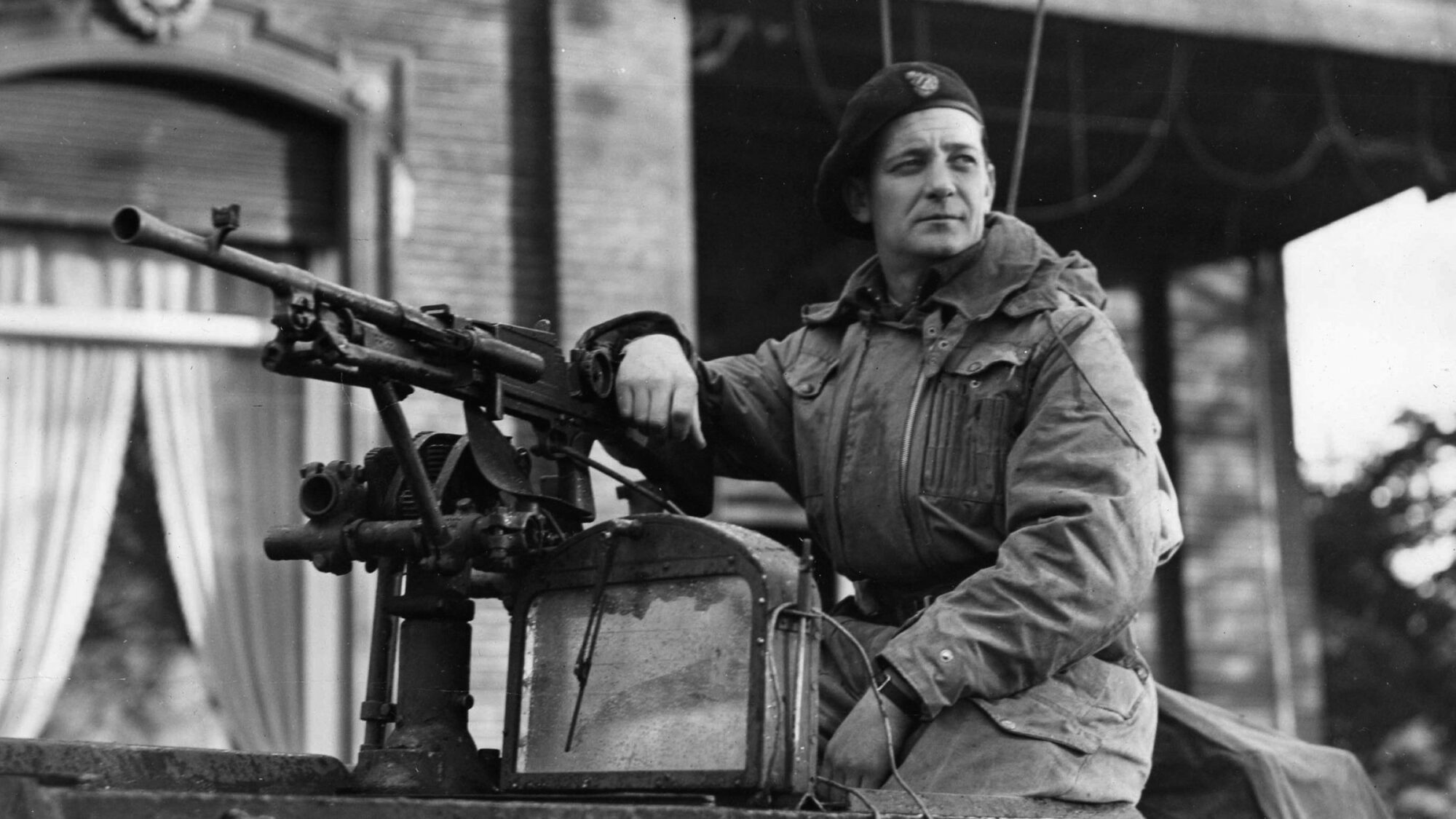 Photo Credit: Manning his Bren Gun, an Canadian soldier prepares to advance during the Scheldt Estuary offensive in October 1944.

After the disastrous failure of operation market garden, the allies were determined to open the german held Belgian port on the Scheldt Estuary.

By Allyn Vannoy As the Allied armies advanced across Western Europe in the summer of 1944, the First Canadian Army undertook the task of clearing the coastal areas and opening the Channel ports. Fighting on the left flank of the Allied forces, the Canadians pushed rapidly eastward through France toward Belgium. The II Canadian Corps reached Ostend, Bruges, and Ghent in the middle of September. After Allied forces landed in France on D-Day, June 6, the British Second Army pushed forward into th