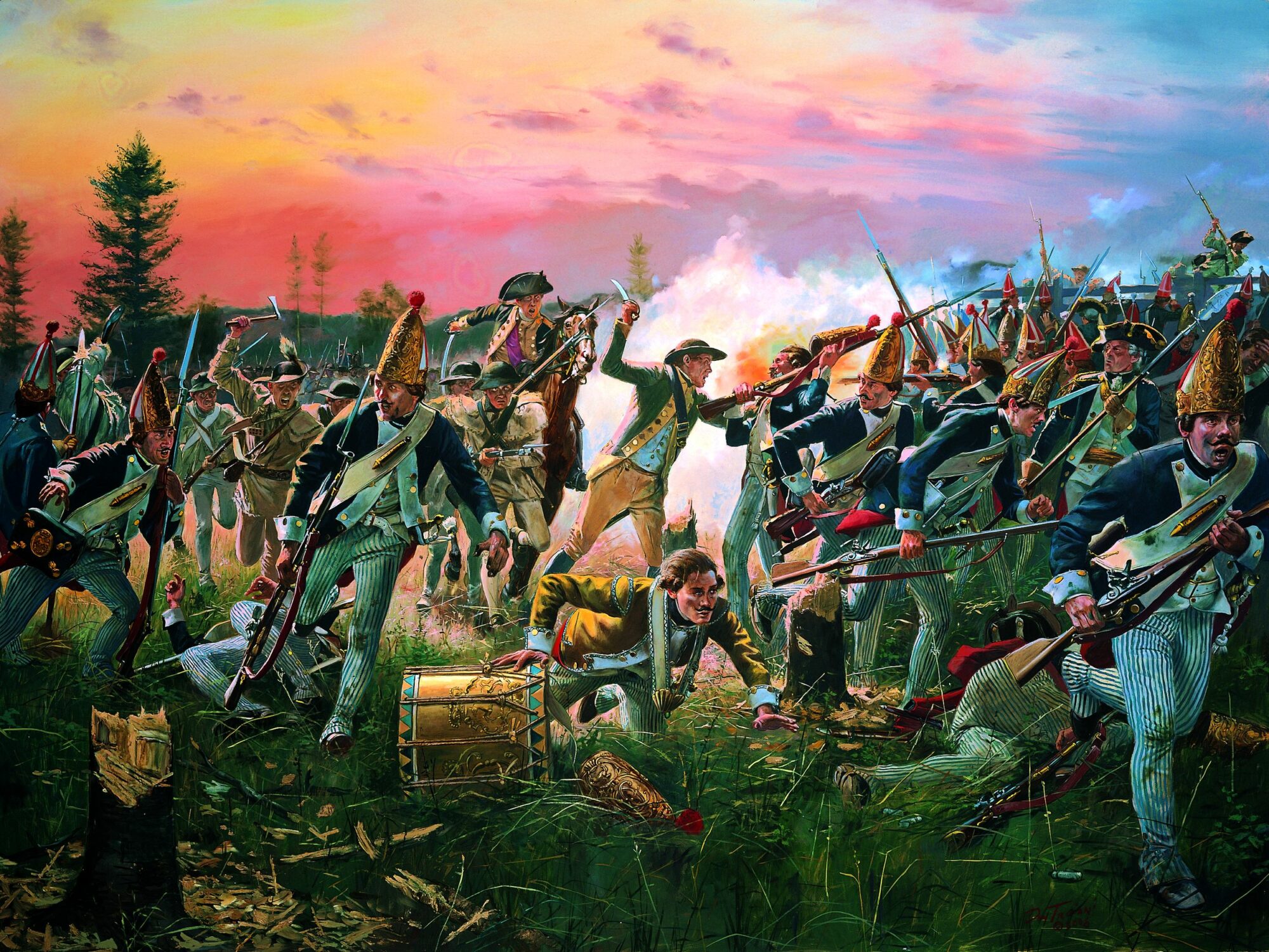 The maxim “an army marches on its stomach,” attributed to both Napoleon and Frederick the Great rings true when considering the fate of Maj. Gen. John Burgoyne’s army that surrendered following two pitched battles near Saratoga, New York, in 1777. Multiple factors contributed to Burgoyne’s surrender on October 17 of that year.

For background, Burgoyne had arrived in Canada in 1776 with a large Anglo-German army to reinforce Governor Guy Carleton’s much smaller defense force. In February 1777, Burgoyne had submitted to the British crown a grandiose strategic plan—the best set forth by a British commander in the American Revolutionary War—in which he proposed that three forces converge on Albany.

Burgoyne would lead one army south via Lake Champlain, Colonel Barry St. Léger would lead a much smaller force through the Mohawk Valley, and Maj. Gen. William Howe would lead one north from New York City. In so doing, the British would split the Thirteen Colonies, isolating the militant New England region from the rest of the colonies.

Although Burgoyne made a number of mistakes, some factors lay outside of his control and are worth considering. Howe, the commander-in-chief of British forces in North America, for all intents and purposes sabotaged Burgoyne’s plan by moving two-thirds of his troops in New York south by water in August to capture Philadelphia rather than deploying the bulk of his forces to Burgoyne. Howe disingenuously claimed he could shift troops north in a timely way once he had secured Philadelphia.

Lord George Germaine, the secretary of state for the American Colonies, also contributed to Burgoyne’s failure by not issuing clear instructions coordinating the movements of the three British forces converging on Albany.

Yet Burgoyne undermined himself in several important respects. First, he underestimated the geographical challenges he would confront on his march south to Albany. Although his expedition began well with a swift advance south by water across Lake Champlain, it bogged down afterwards in a forested wilderness with few roads.

His use of Native Americans as allies stands as a clear blunder. Notoriously unreliable, they ignored his orders not to attack civilians. Many of the residents of upstate New York were loyal to the British crown, but the atrocities committed by the Native Americans compelled them to assist the Patriot cause.

The most compelling reason, however, for Burgoyne’s defeat might very well be the sustained attacks on his supply line to Canada by civilian irregulars. “It was the ruination of Burgoyne’s logistics by the combination of irregular raiders and inhospitable terrain more than battlefield defeats—though toward the end he suffered those, too—that destroyed his expedition,” wrote historian Russell F. Weigley.

Burgoyne, unable to obtain reinforcements, ultimately faced an American army nearly three times his size. After his bold attack on October 7 against the Americans entrenched on Bemis Heights failed, he called a council of war to consider his options.

Burgoyne and his generals decided to retreat north without their artillery and baggage, but soon found out that there were too many American detachments in their rear for this too succeed. Per the terms of surrender, the British on October 17 marched out with honors, grounded their arms, and began a 200-mile trek to Boston where they would be held as prisoners of war.