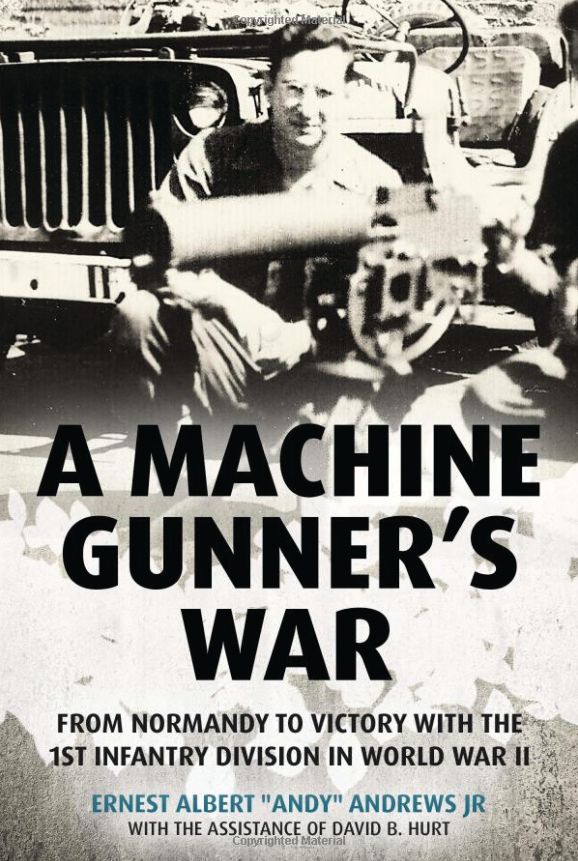 “Andy” Andrews served as a machine gunner in Company H, 16th Infantry Regiment of the 1st Infantry Division. His landing craft experienced a problem on D-Day, so he did not get ashore until the evening of June 6, a happenstance which may have saved his life. The crew of his landing craft were reluctant to take the craft all the way to the beach, but when an officer drew his pistol on them, they changed their minds. Still the GIs walked off the ramp into five feet of water, which Andy recalled helped wash off all the vomit coating his uniform from the trip to shore. Reaching the beach, he found engineers already clearing it, despite the incoming artillery fire. German bunkers were now American command posts. As they made their way up the trail leading inland, shots rang out. Despite his heavy load, Andy broke into a run, heading toward the gunfire.

Andrews was wounded twice, but always returned to his unit to keep fighting until war’s end. His war took him from Normandy through Belgium, Aachen, the Ardennes, the Remagen bridgehead, and finally Czechoslovakia. His narrative is clear and engaging and his descriptions detailed and interesting. The work presents an unobstructed view of the war from an infantryman’s point of view.