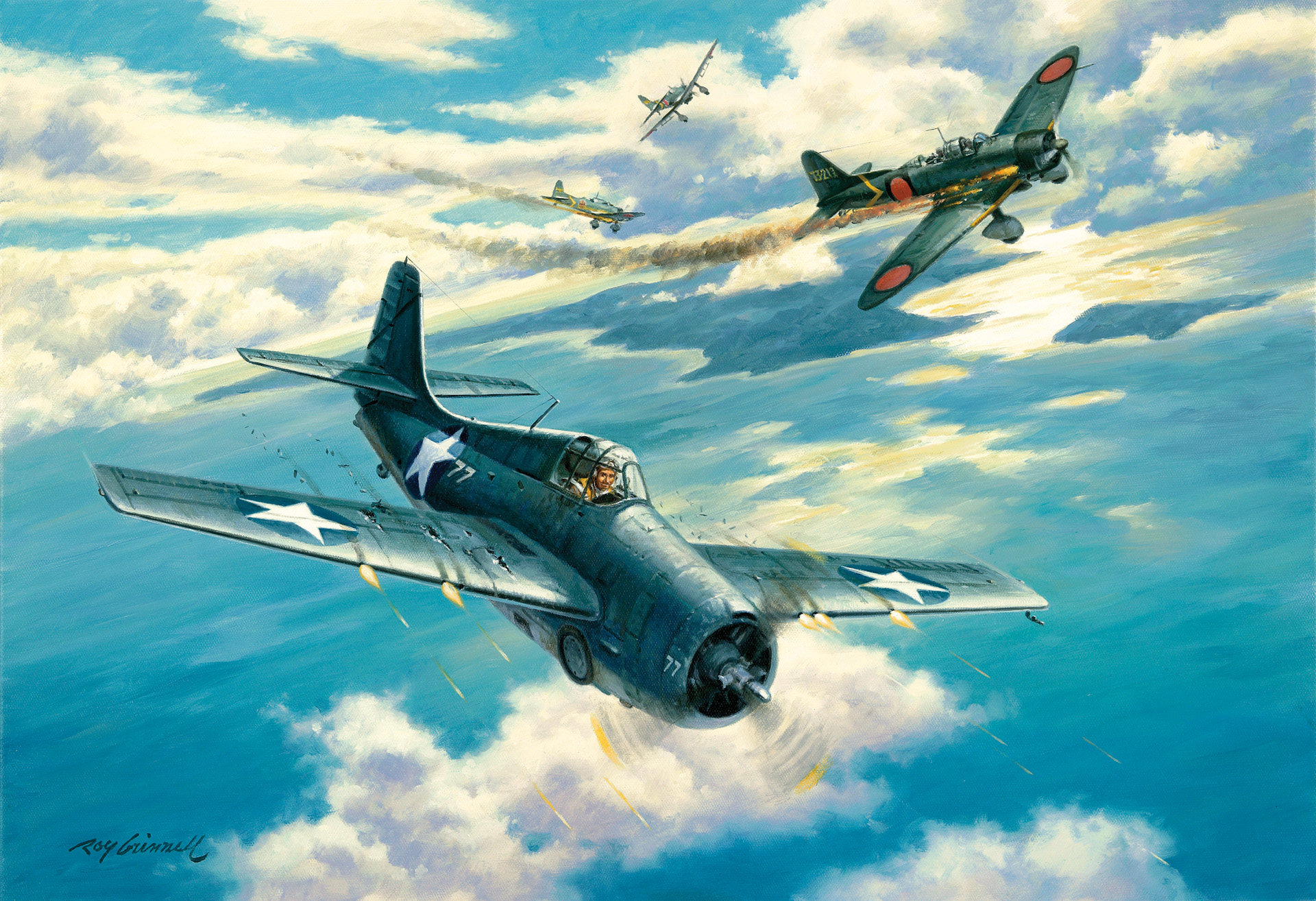 ﻿Marine Corps fighter pilots gained hard won victories in the skies over the South Pacific; many of them became aces along the way.

This article appears in: August 2022

As Jim Swett guided his Grumman F4F Wildcat fighter to a landing at Henderson Field on Guadalcanal, he looked forward to getting some rest. He had climbed out of his bed at 3:30 a.m. on April 7, 1943, for a dawn patrol with three of his fellow Marine aviators. They returned shortly before noon, their mission uneventful. Sleep eluded them, however. A nearby radar station and some alert coast watchers had spotted a flight of about 100 Japanese planes approaching. They seemed headed toward the navy anchorage at Tulagi, where American destroyers were based.

Swett got orders to lead a four-plane division to intercept the incoming Japanese. He climbed back into the cockpit of a Wildcat, and soon his flight was in the air. They soon intercepted a flight of 20 Aichi “Val” dive bombers at 16,000 feet. As the Marines moved to engage the bombers, Mitsubishi Zero fighters appeared nearby and dove toward the Wildcats. The Wildcat was more powerful than the Zero but slower and less maneuverable, so Swett went into a dive of his own, outpacing the Zeros. When he was 300 yards from the nearest Val, he opened fire. The Japanese plane burst into flames.

The other Vals reached the American ships and started dropping their bombs. Swett lined up on another enemy at 2,000 feet and once again fired. That Val exploded in front of him. Now at only 1,000 feet, he fired on a third plane to no visible effect. The Japanese pilot tried to escape, but Swett chased him over the jungle canopy of the island below. He noticed his wing was damaged but ignored it. When he reached point-blank range, Swett triggered his guns again and watched the Val catch fire.

By now the Japanese had expended their ordnance and were grouping for a return to their base. Swett climbed into a cloud to sneak up on a group of enemy planes. He emerged right behind a group of dive bombers and fired. Pieces flew off his target, and it went down. As Swett lined up on another target, he saw the plane’s rear gunner fumbling with his machine gun to shoot at his Wildcat. The American fired first and saw smoke burst from the Val’s wing roots. The enemy plane fell into the ocean. It was Swett’s fifth victory of his first combat action; he was now officially an ace, but he was not finished yet.

Another Val soon fell in Swett’s sights; a well-aimed burst caused it to explode into wreckage. The Marine dodged the flying debris and aimed at another Val, his chattering guns drawing a plume of black smoke from it and sending it into the sea. Lining up on an eighth target, Swett watched his bullets tear into the plane’s forward fuselage, but this time the Japanese machine gunner fired back. The Wildcat’s oil system failed, and the engine seized. Swett had to perform a water landing, breaking his nose when the plane hit the surface. He managed to get out as the plane sank, inflated his life raft, and climbed in. Soon a Coast Guard vessel rescued him. He returned to Guadalcanal the next day. 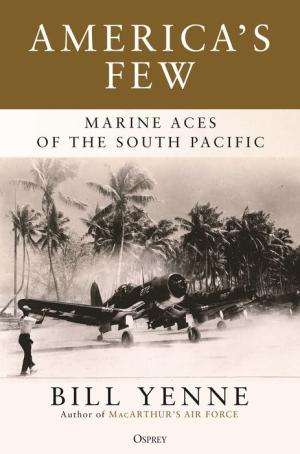 Initial skepticism about Swett’s eight victories was soon dispelled by an investigation, though he received credit for seven. Swett achieved these victories during his first combat experience. Admiral Marc Mitscher recommended him for the Medal of Honor, which Swett received in October 1943. The citation credited him with eight victories. Swett went on to serve through the rest of the war, attaining more aerial victories and reaching the rank of colonel postwar.

James Swett’s actions, while extraordinary, are just a few of the many covered in America’s Few: Marine Aces of the South Pacific (Bill Yenne, Osprey Books, Oxford, UK, 2022, 352 pp., maps, photographs, appendix, bibliography, index, $35.00, hardcover). This book tells the tales of a handful of young Marine pilots fighting their enemy in a wild area at the end of a long supply chain.

The author is a recognized authority on aviation history, and this latest work does not disappoint. His attention to detail, clear prose, and excellent descriptions of combat actions combine to make the book an engaging and entertaining volume. The book covers the intense and close air battles of 1942-43 through to the final dogfights of 1945, treating the reader to a history of Marine aces throughout the war. There are good illustrations of the pilots and their planes, and a concluding chapter discusses their postwar activities. 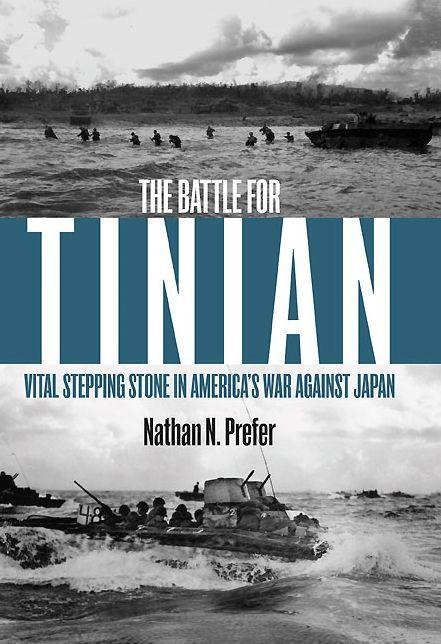 The island of Tinian sits a mere three miles southwest of Saipan. Nine thousand Japanese troops garrisoned Tinian, and they had to sit in their bunkers while the Americans defeated the 20,000 troops on Saipan. The Americans bombarded Tinian for a month before they finally landed on the island, using skills acquired at great cost during previous invasions in the Pacific. The Japanese resisted bitterly, inflicting heavy casualties in nine days of heavy combat. Notably, this was the first place the Americans used napalm in battle. Afterward, Tinian became a base for Boeing B-29 heavy bombers in the bombing campaign against the Japanese home islands.

Tinian is a significant location in the history of the war, but the invasion itself gets relatively scant attention compared to other island-hopping operations. This book redresses that imbalance with a detailed account of the planning, preparation, the invasion, and the aftermath. The book is extensively illustrated with good maps and informative appendices. 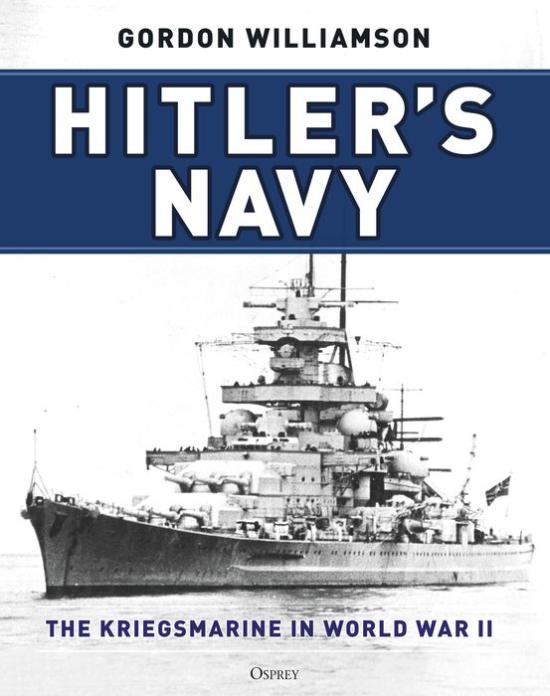 The German Navy started World War II with decisive actions in support of the overall strategy of the Third Reich. German surface ships took part in the attacks on Poland, Denmark, and Norway, bombarding coastal targets and in some case transporting troops to their objectives. U-boats undertook a grand campaign of commerce raiding designed to bring England to its knees. Surface ships such as the Graf Spee and Scharnhorst undertook commerce raiding, presenting a threat which tied down much of the Royal Navy. Eventually, however, innovative technologies and the expanding British and American navies neutralized the submarine threat while the remaining surface ships were bottled up in ports and fjords or fighting small defensive actions. By late 1943, the German Navy ceased to be a major factor in the war, and many of its sailors were eventually transferred to infantry units.

This new work is a concise yet detailed look at the German Navy and how it operated throughout the war. Most books focus on either submarines or the battleships, but this volume includes detailed looks at the destroyers and smaller vessels, including torpedo boats and coastal ships. The original artwork is visually intriguing; there is a good mix of color and black and white illustrations, supported by the publisher’s usual good maps. 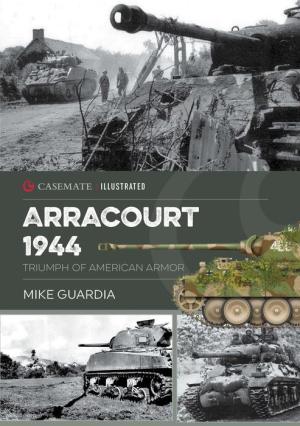 Soon after the Allied armies broke out of the Normandy beachhead and began storming across France toward Germany, Hitler ordered an armored counteroffensive against the Americans at Arracourt. There, the U.S. 4th Armored Division met the German 5th Panzer Army. Instead of the rout Hitler had hoped for, the German Army suffered a serious defeat, losing 200 of its 262 tanks and assault guns. In contrast, the Americans lost a relatively paltry 48 tanks. The fighting around Arracourt in September 1944 was harsh and unrelenting, but when it was over the Nazis were in retreat, and the path toward the German border lay open to the soldiers of the U.S. Third Army.

The commonly accepted narrative of tank warfare in Europe is that Americans were constantly outmatched by superior German tanks, tactics, and firepower. While the Germans were indeed formidable, the Americans emerged victorious at Arracourt due to a winning combination of leadership, teamwork, initiative, and their own tactical innovations. This well-written book explains how U.S. forces won this critical battle. The book is beautifully illustrated and is part of Casemate’s new Illustrated Series. Like Osprey’s Campaign Series, these books provide good summaries of their subjects alongside good artwork and dozens of photographs from various archives. 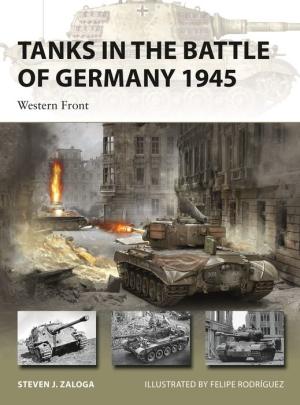 The fighting in Germany in the last months of World War II in Europe saw some of the Allies’ newest and most effective tanks engage what was left of the German Army’s depleted panzer forces. Handfuls of German Tigers and Panthers squared off against Allied Pershings, Comets, and Chaffees alongside the latest versions of the venerable Sherman. The Germans suffered shortages of everything from trained replacement crews to fuel and ammunition. The Allies had a long but effective logistics chain and were now masters of combined-arms warfare. While actual tank combat was rare in 1945, when it did occur, it was usually sharp, sudden, and violent.

The author is an acknowledged expert on armored warfare, and this book focuses that expertise on the last days of the war in Europe. It contains extensive information about tank strength and losses on both sides during 1945, including charts dividing tank numbers by unit and vehicle type. The full-color original artwork is visually interesting, and the photographs are well chosen for the topic. A forthcoming companion volume will examine tank combat on the Eastern Front in 1945. 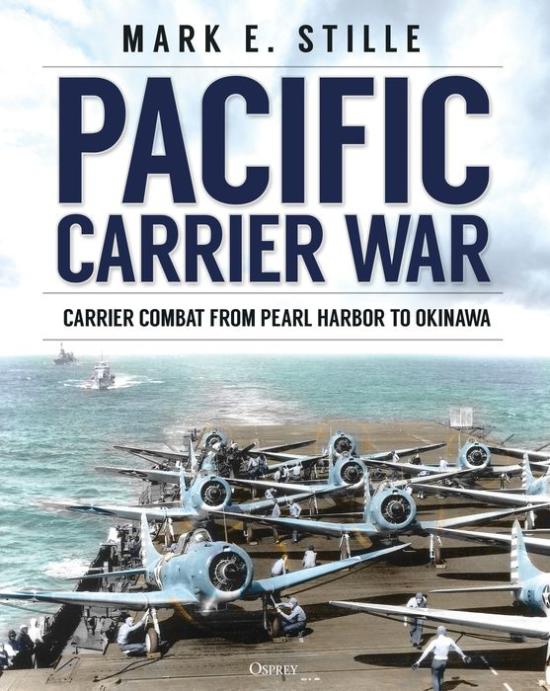 When the United States and Japan planned for war in the Pacific, both sides thought the issue would be decided by a titanic clash of battleships firing massive shells at one another. Instead, the relatively new aircraft carriers and their air groups became the arms of decision in naval warfare. The Pacific War began with the carrier strike against Pearl Harbor by the Imperial Japanese Navy and continued until the battle of the Philippine Sea in 1944, when the Japanese carrier fleet met their final defeat and became irrelevant for the remainder of the conflict. American ships, aircraft, and tactics evolved considerably over this period as the Americans recovered and adapted from initial difficulties. The Japanese, lacking the industrial base and resources to make up losses or significantly expand, could not match the pace of their enemies and paid a heavy price for it.

The author, a retired naval intelligence officer, is an acknowledged expert on the U.S. Navy during World War II and has many books to his credit. This one, focusing on carrier warfare, contains astute analyses and clear prose, which brings home the author’s insights to the reader. Typical of this publisher, the book is beautifully illustrated, including color imagery, and contains excellent maps.

Hitler’s Fortresses in the East (Alexey Isaev, Pen and Sword Books, 2021, $34.95, hardcover). Hitler declared several Eastern cities fortresses, to be defended to the last. This book covers the sieges of Ternopol, Kovel, Poznan, and Breslau.

Leyte Gulf 1944 (1): The Battles of the Sibuyan Sea and Samar (Mark Stille, Osprey Books, 2022, $24.00, softcover). This is the first of two volumes about the Japanese Navy’s complex deployment in the autumn of 1944. It is lavishly illustrated, including original artwork. 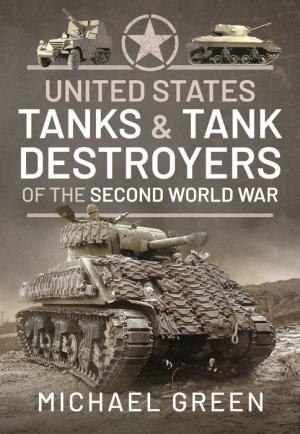 Panzergrenadier (Thomas Anderson, Osprey Books, 2021, $40.00, hardcover). This is the latest in the publisher’s series on German armored forces. The author covers organization, development, and service.