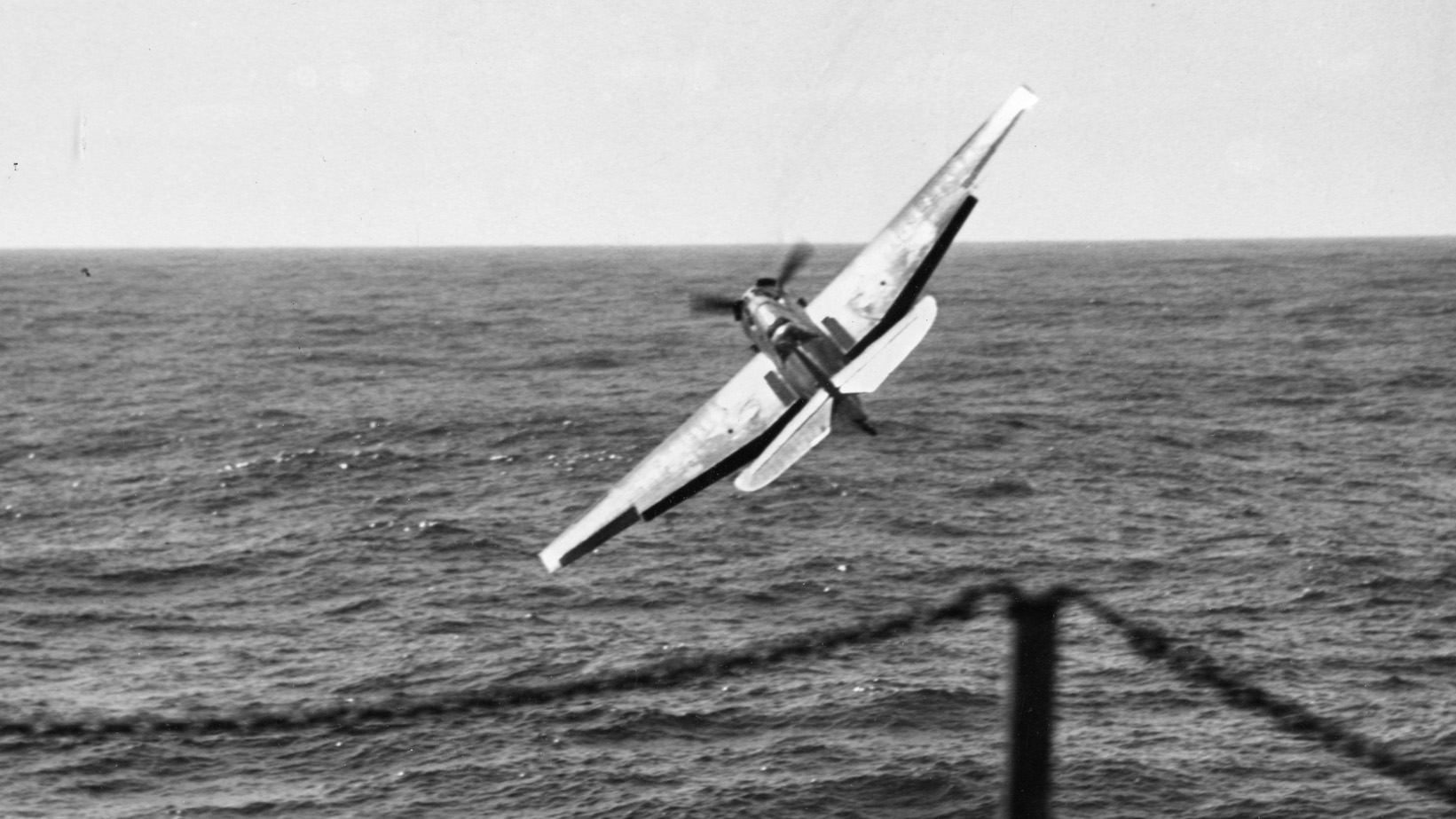 This article appears in: Summer 2015

It was a routine carrier takeoff, but nothing in warfare is ever routine. Lieutenant B. Sevilla launched his TBF Avenger torpedo bomber from the USS Anzio but within seconds he lost control and spun into the water. The Anzio was conducting antisubmarine patrols off the Philippine coast of Leyte on December 21, 1944.

Sevilla’s bomber carried a total crew of four, including Ensign W.K. Bowdon, who served as an observer; Petty Officer 2nd Class W.L. Mills; and Petty Officer 3rd Class J.B. Robinson. All survived the impact and either climbed or swam out of the bomber to await rescue. It would not be long. They were soon retrieved by the destroyer USS Morris to fight another day.