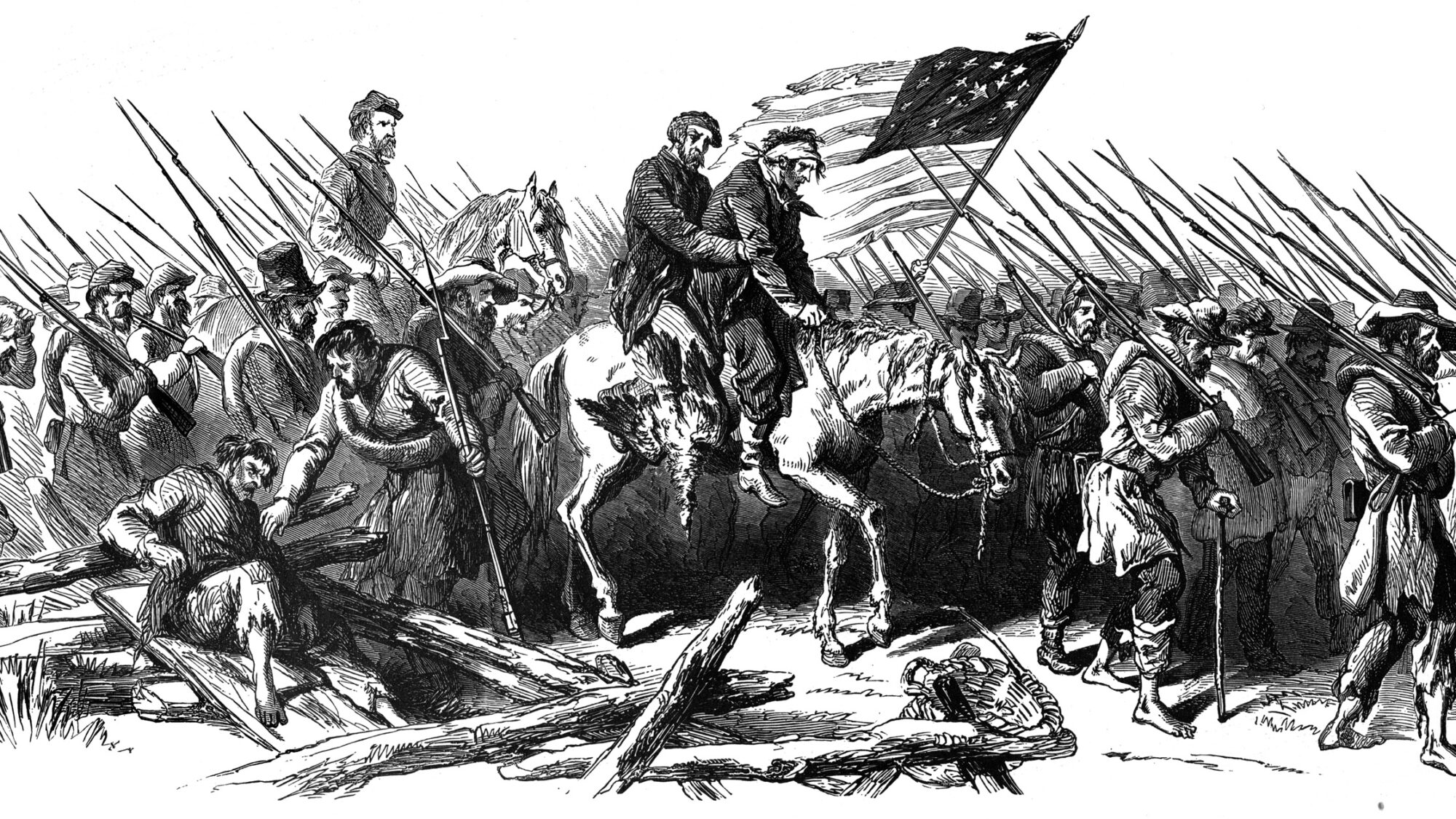 “Aim Low, Men, and at Every Shot Let a Traitor Fall”

This article appears in: July 2016

While there is no discounting a solid analysis of the strategy and tactics behind a great battle or battles, such as the climactic twin battles of Cross Keys and Port Republic on June 8-9, 1862, from Maj. Gen. Thomas J. Stonewall Jackson’s famous Valley Campaign, it is equally rewarding to delve into the rich bounty of soldiers’ journals, diaries, and letters from such battles.

These days it is easy to access such works. By examining the endnotes from the superb research of such noted historians of the Valley Campaign as Robert Tanner, Robert K. Krick, and others, one can identify firsthand accounts and access most of them through the nonprofit Internet Archive or period newspapers available via the Library of Congress website.

By reading soldiers’ accounts, the grim nature of battle is more readily perceived. “Just before we reached the field a goodly number of our wounded were returning to the rear, limping, bleeding, and groaning,” wrote Confederate George Neese of Chew’s Battery of horse artillery, recalling his unit’s advance to the front at Port Republic. “Some of them greeted us to the field with the unpleasing and discouraging expression of ‘Hurry up. They are cutting us all to pieces.’”

Also etched permanently in Neese’s memory was the sight of a field hospital. “In going toward the [battlefield] we passed a farmhouse that had been converted into an operating field hospital,” Neese wrote. “I saw a subject on the kitchen table on whom the surgeon’s were practicing their skillful severing operations. They tossed a man’s foot out the window just as we passed.”

Surprisingly, the two sides frequently complimented each other for instances of compassion to the wounded and captured, as well as for the personal bravery of their opponents. Colonel James Nisbet of the 21st Georgia Infantry noted that the Yankees under Brig. Gen. Erastus Tyler at Port Republic had fought with greater courage than did the Yankees of Maj. Gen. John Fremont’s command at Cross Keys one day earlier.

“They had made a gallant fight like true Americans, and fell back in good order to form another line four miles away in marked contrast to Fremont’s precipitous flight,” wrote Nisbet in reference to the withdrawal of Tyler’s force following the Battle of Port Republic.

The soldiers’ accounts frequently furnish a poignant moment in time during the battle, such as a commander’s address to his men just before they went into battle. Just before the 29th Ohio Infantry went into battle at Port Republic, its colonel spoke briefly to his men exhorting them to do their duty for the republic. “Boys, we fight against great odds,” recalled W.E. Baldwin. “Aim low, men, and at every shot let a traitor fall.”

Last but not least, the close calls experienced in battle by those who just barely escaped grievous wounds can make the reader stop and ponder a soldier’s chance luck. In such accounts, the sense of doom is palpable. “The shells from the [Union] battery on the coaling was ripping the ground all around us, and the air was full of screaming fragments of exploding shell, and I thought I was a goner,” Neese wrote.

As for his part, Baldwin had multiple close encounters with death. “It was an extremely hard-fought battle,” Baldwin wrote of Port Republic. “I had six ball holes through my clothes with three black and blue spots on my person; one will ever be a reminder of that day’s conflict.”

In such battles many fell, and many had close calls with death.