Armor vs. Armor in the Desert

The North African campaign has been aptly described as a “tactician’s paradise and quartermaster’s hell.” The contested area was large, stretching some 1,400 miles from Tripoli in the west to Alexandria in the east, a vast expanse of waterless desert wastes. In spite of the eviscerating heat, sandstorms, and swarms of flies, the desert was ideal for mobile warfare. It has been said that the infantry is the “queen of battles,” but in North Africa the “crown” was passed to that unique form of AFV (Armored Fighting Vehicle), the tank.
[text_ad]

The British invented the tank during World War I, so it might be expected they would be far ahead of other nations in its development. Unfortunately that lead was largely squandered during the course of the 1920s and ’30s. British military theory was divided over the role of the tank and its future in warfare. As late as 1925 Field Marshal Earl Haig (Douglas Haig) went on record, as saying, “I am all for using tanks…, but they are only accessories to the man and the horse.”

About 1936 the British settled on a concept of the infantry tank and the cruiser tank. The infantry tank would be deliberately slow moving, the better for foot soldiers to keep up with it, because its main mission would be infantry support. The cruiser tanks would be lighter and more maneuverable, able to exploit the breakthrough achieved by the infantry and their infantry tanks. These concepts were rooted in the experiences of the World War I, and largely obsolete by 1940. 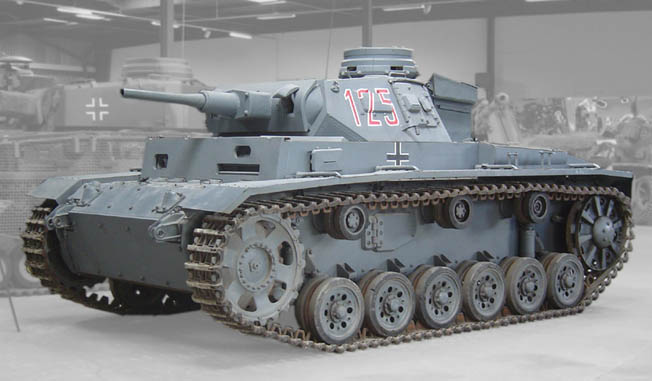 The Matilda Mark II was the best British tank in the early years of the war. It featured a sound design, with bolted and riveted armor up to three inches thick. The turret was small and cramped, but it mounted a high-velocity, two-pounder gun. All in all, this 26.5-ton infantry tank was quite a shock to the Italians, being invulnerable to their antitank guns.

Another British infantry tank was the Valentine Mark III, produced by the Vickers-Armstrong Company beginning in the late 1930s.The Valentine was a sturdy vehicle, and sometimes pressed into service as a cruiser tank even though its speed was slow. The first Valentines appeared with the Eighth Army in June 1941. By 1942 it was clear that the Valentine was outgunned, but this was true of most British tanks of the period. Since the two-pounder gun was becoming almost obsolescent, the Valentine was fitted with a six-pounder.

The Crusader tank was the backbone of the British armored forces in North Africa from spring 1941 onward. It was a cruiser tank noted for its great speed—that is, when it was working. The Crusader was plagued by mechanical problems, which included inadequate engine cooling and gear-change difficulties. Its armor was not thick enough to withstand German 75mm guns or 88mm antitank guns, and its own two-pounder gun (later upgraded) was woefully inadequate to the tasks at hand. 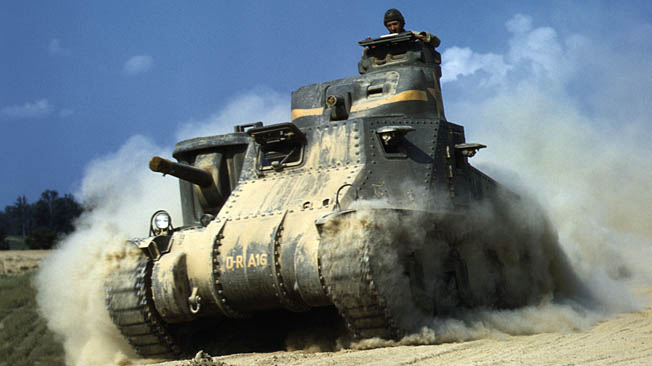 The American M3 Medium tank was modified to British specifications, including a lower turret and the elimination of the prominent machine-gun “bulge.” The slightly altered tank was dubbed the Grant, after Gen. Ulysses S. Grant of Civil War fame. The Grants were rushed to North Africa and arrived in time to give the Germans a nasty surprise at Gazala. The 75mm gun was a formidable weapon, though the hull mounting gave it a limited traverse of 15 degrees on each side. The unaltered, fully American M3 Medium also saw service with the British, who named it the Lee.

The German PzKpfw III (Panzerkampfwagen, or armored combat vehicle) was the brainchild of tank expert Gen. Heinz Guderian. It was a reliable, hard-hitting vehicle that was manned by a crew of five and had a top desert speed of 12 mph. Rommel was fortunate to have 19 newly delivered PzKpfw IIIJs that featured a long-barrelled 50mm gun. Previous versions had a 37mm gun. German armament was further enhanced by the PzKpfw IV, a tank which soon became the mainstay of the Panzerarmee Afrika. It was sometimes fitted with a 75mm gun which outclassed British tank armament.

“Our Assault Tanks Are Old And … Obsolete”

Italian tanks were generally badly armed, poorly armored, and mechanically unreliable. The Italian governor of Libya, Italo Balbo, complained that “our assault tanks are old and … obsolete: the British machine guns … riddle them with bullets which fly across the thin armor of our tanks….” The best Italian tank was the M13/40. Its 47mm gun was good, but its armor was thin and its engine underpowered.