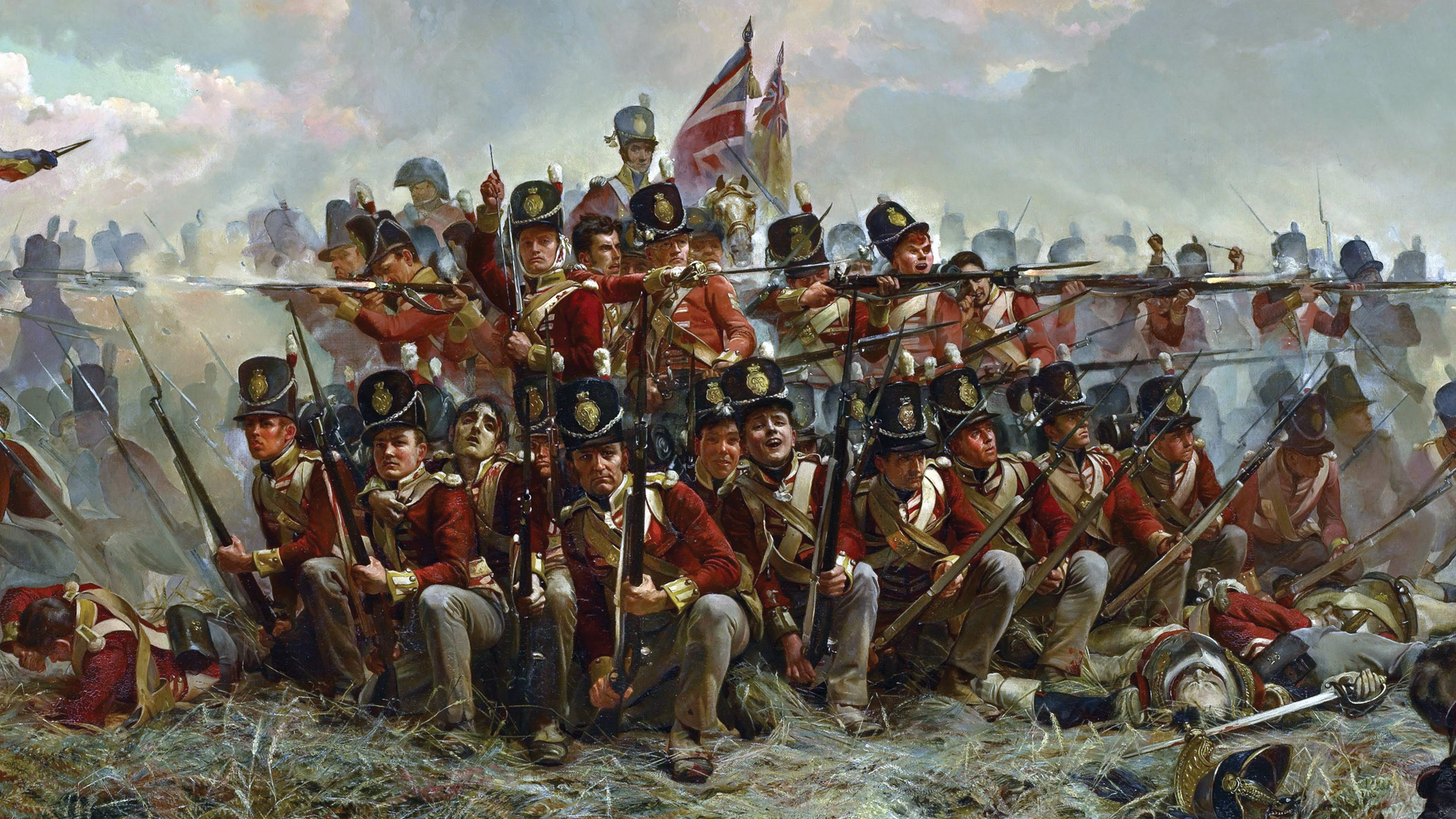 Napoleon Bonaparte’s Prelude to the Battle of Waterloo

Napoleon Bonaparte entered the Battle of Waterloo confident that his army would fully defeat the Duke of Wellington and Marshal Blücher.

Political unrest in France and public disenchantment with King Louis XVIII prompted exiled emperor Napoleon Bonaparte to return to his country from the island of Elba in the spring of 1815. Immediately upon learning the news that Napoleon had returned, the nations of the Seventh Coalition marshaled their armies to invade France and stymie his renewed reach for power.

After his initial overtures of peaceful intentions were ignored, Napoleon realized that war could not be averted and chose to assume the offensive before the combined forces of his enemies became too strong. On June 15, the rejuvenated French Army crossed the frontier into Belgium intent on defeating the two forces that posed both the greatest threat and the greatest opportunity for a resounding victory. The army of the Duke of Wellington, comprised of his British command along with Dutch, Belgian, and German soldiers, was poised in the Low Countries, while the Prussian Army under Marshal Gebhard Leberecht von Blücher was some distance to his left. Napoleon’s force initially topped 130,000 men while the Allied forces amounted to more than 200,000.

Napoleon seized the initiative, planning to defeat the Prussians at Ligny and then the British at Quatre Bras before the two armies could unite. Indeed, the French mauled two corps of Blücher’s command at Ligny and nearly did the same to to Wellington, who held the crossroads at Quatre Bras with both bravery and bluff before withdrawing to a position astride the road to Brussels along the ridge of Mont-Saint-Jean 12 miles from the Belgian capital city and near the village of Waterloo. Both Napoleon and Wellington understood that the outcome of any battle joined depended on the arrival of the Prussians on the field. Wellington informed Blücher that if the Prussian commander could provide support he would stand and fight. Otherwise, he would withdraw northward to protect his lines of communication. Licking his wounds after Ligny, Blücher replied that he would come to Wellington’s aid, marching to the northwest via the town of Wavre rather than directly westward to Prussia and the safety of home.

“Nothing More than Eating Breakfast”

Napoleon anticipated a battle with Wellington, and as his army drew up on a nearby ridge he spotted the enemy skirmishers and a few horsemen. Napoleon exclaimed, “I have those English now!” He derided subordinates who expressed concern with Wellington’s deployment and remembered that the he had been victorious against them in earlier fighting on the Iberian Peninsula. He bragged, “Just because you have been beaten by Wellington, you think he’s a good general. I tell you, Wellington is a bad general, the English are bad troops, and this affair is nothing more than eating breakfast.” Napoleon remained confident even after learning that Blücher was marching toward Waterloo, mistakenly asserting that the Prussians would require two days to effect a linkup with Wellington’s army. The Battle of Waterloo began on the morning of June 18, 1815, and the future of Europe hung in the balance. Supremely confident, Napoleon would know within hours whether his grand scheme to reemerge as the scourge of Europe could proceed. In the end, the Allied victory at Waterloo was the climax of the deposed French emperor’s bid for power during a period that has come to be known as the 100 Days. The French defeat also ended the Napoleonic Wars, which had raged off and on for more than two decades.