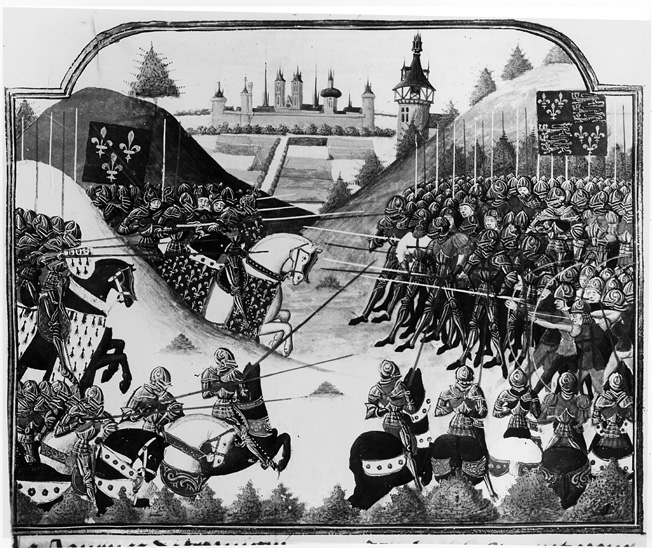 No other Frenchman was more responsible for France's rapid victories in Normandy and at Castillon than Jean Bureau.

No single Frenchman was more responsible for the rapid victories in Normandy and Gascony that drove the English once and for all from France than Jean Bureau. Raised in the Champagne region, Bureau traveled to Paris to study law, after which he became a legal officer under the Lancastrian administration in Normandy established by English King Henry V. During that time he also served as a gunner under John, Duke of Bedford, who led the English forces in France after Henry V’s death in 1422.

For reasons that remain unclear, Bureau left Paris in 1434 to take a post as an administrator for the French King Charles VII, who had been crowned five years before in Reims. Bureau immersed himself in the study of artillery. Thanks to his sharp mind and good education, he easily grasped the revolutionary developments in gunpowder and gun manufacture and the implications they held for land warfare.

Bureau first showed an aptitude for siege warfare during the capture of the English strongholds at Montreau in 1437, Meux in 1439, and Pontoise in 1441. When Charles VII established a separate branch of service for the artillery as part of his sweeping military reforms of the 1440s, he entrusted Bureau and his brother, Gaspard, to supervise the royal artillery. Without wasting any time, the Bureau brothers updated and enlarged the number of siege and field guns in the king’s army. As a prerequisite to the campaigns to retake Normandy and Gascony, the brothers established a number of arsenals and magazines that would support the planned offensives.

The Bureau brothers took advantage of the offensive firepower their siege guns had over the outdated fortifications of the period. Virtually all of the towns and castles still had high walls designed for protection against infantry assault rather than artillery bombardment. They were easily battered into submission by the French bombards. By reducing enemy fortresses in a matter of days or weeks instead of months or years, the Bureaus enabled the Normandy offensive to proceed at a surprisingly rapid pace. Altogether, the French royal artillery under Bureau’s direction played a crucial role in about 60 sieges, both large and small, during the campaign.

By January 1450, the French had forced the English back to the coast of Normandy. Determined to keep a foothold in Normandy, the English fought on. They still controlled Caen, Bayeux, Falaise, and the entire Cotentin peninsula. To help retain these possessions, English reinforcements led by Sir Thomas Kyriell arrived in Cherbourg under orders to reinforce Caen, the second-largest city in Lancastrian Normandy. To counter this force, the Count of Clermont led a French army, which included a number of culverins under Bureau’s direction, to contest the English advance.

The two sides clashed at Formigny on April 15, 1450. Jean placed guns on each of the French flanks opposite the English longbows. To the consternation of the English, the enemy guns had greater range than the longbows, and the French shelled the longbows with impunity. The English were left with no other way to silence the guns than to charge them. Although they managed to capture the enemy guns, a fierce counterattack by the French cavalry regained the guns and cut up Kyriell’s army in the process. From that point on, it was only a matter of using the French artillery to reduce England’s last few fortresses in the region.

The mere appearance of the dreaded French bombards outside Bayeux was enough to force the English garrison to surrender on May 16, 1450. The following month, the French besieged Caen. For almost three weeks, Bureau’s artillery train, which included 17 enormous bombards, pounded the city’s walls. Inside those walls, Edmund, Duke of Somerset, commanded a garrison that refused to surrender. When a cannonball crashed through the nursery where Somerset’s children and wife were located, the duke finally called a halt to the resistance and surrendered.

Perhaps Bureau’s finest hour occurred during the subsequent siege of Cherbourg. Thomas Gower commanded an English garrison there that numbered about 1,000 men. They faced a French army that may have numbered 20,000. In surveying the city from its outskirts, Bureau wished aloud that he could fire on the town from the seaside. Not willing to dismiss the idea as impractical, he devised a way to place a number of his guns on the beach. To do so, he instructed his gunners to cover the guns in tallow and hides to protect them from salt water during high tide. The technique worked like a charm, and French gunners were able to shell the city from that position when the tide went back out to sea. “The town received such a heavy battering from cannons and bombards that the like had never been seen before,” wrote an anonymous French chronicler. Cherbourg’s surrender on August 12 marked the end of nearly three decades of English rule in Normandy.

Bureau participated in both the first offensive into Gascony in 1450 and the second one to counter Lord Talbot in 1453. The idea of constructing an artillery park at Castillon to protect the men and guns from counterattack was not a new one to the French. They had used the concept for about a decade, notably at Dax in 1442, Mauleon in 1449, and Guissen in 1449. An impulsive assault on the French position without artillery support proved to be Talbot’s undoing.

The Bureau brothers’ legacy has remained intact over time. Their skill and ingenuity in developing, maintaining, and using effectively a large artillery train gave the French kings an upper hand against their foes well into the
16th century.