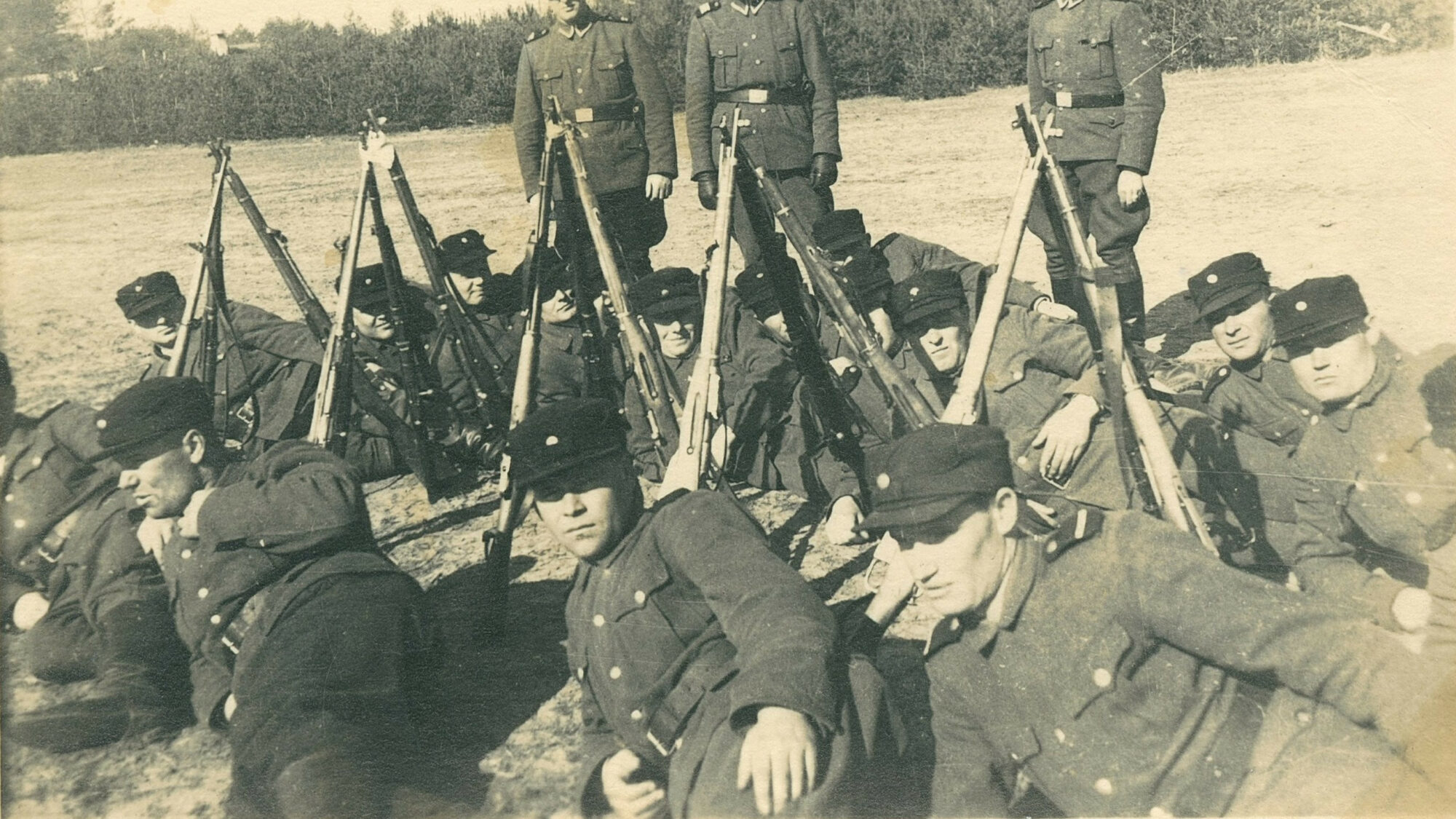 Photo Credit: This photo by Johann Niemann unearthed in 2020 may prove John Demjanjuk's role as a guard at Sobibor.

WWII in the news—a continuing saga

In last summer’s issue, I posed the rhetorical questions: Is World War II still relevant? Are people still interested in the topic?

To show its relevance, I presented a number of news items that had recently appeared in the papers. Since that time I have kept a growing file of clippings that relate to the war and how it remains in the national conscience. Here is some of what I’ve collected:

Last October the U.S. House of Representatives, in a 422-0 vote, paid tribute to four African American Marines who joined the service in 1942 and were subjected to considerable racial prejudice and harassment by their fellow Marines; more than 300 lawmakers from both parties were co-sponsors of the legislation. The four men received the Congressional Gold Medal, the highest civilian honor given by Congress. As Sanford Bishop of Georgia said, “People forget they were fighting two wars—both foreign and domestic.”

A month later, Washington, D.C., lawmakers honored three units made up of Japanese American soldiers—the 442nd Regimental Combat Team, the 100th Infantry Battalion, and the Military Intelligence Service—also with the Congressional Gold Medal. About 1,250 people attended the award ceremony, a quarter of them recipients, including Hawaii Senator Daniel Inouye, who lost his right arm fighting the Germans with the 442nd.

In December 2011, my eyes caught another news item: Augusta Chiwy, a black, Congo-born Belgian nurse who saved the lives of hundreds of American soldiers in Bastogne during the Battle of the Bulge, was recognized with the U.S. Civilian Award for Humanitarian Service. The honor was delayed 67 years because it was presumed she had been killed when a bomb destroyed her hospital. However, she was located by a British historian and, at age 93, presented with the award by the American ambassador to Belgium.

In late February, former lieutenant Lynn “Buck” Compton, a member of the famed “Band of Brothers” 101st Airborne company made famous in the Stephen Ambrose book and HBO series of the same name, passed away. A major-league baseball hopeful, Compton became a lawyer after the war and headed the team that prosecuted Sirhan Sirhan, Robert Kennedy’s assassin. He also wrote his biography, Call of Duty, with frequent WWII Quarterly contributor Marcus Brotherton (2008).

In March 2012, construction workers in the southern French port city of Marseilles struck (but luckily did not detonate) a buried German bomb with a backhoe, thus forcing the temporary evacuation of 1,000 area residents while the bomb was defused.

And on March 17, John Demjanjuk passed away at age 91 in an old-age home in southern Germany. The Ukranian-born former Cleveland autoworker, whose real name was Ivan Demjanjuk and who came to the U.S. in the early 1950s, had a dark past as a small cog in the very large Nazi Germany killing machine.

In the 1970s, Holocaust survivors identified Demjanjuk as being an especially brutal SS guard known as “Ivan the Terrible” at the Treblinka death camp. In 1977 the U.S. Justice Department started proceedings to revoke his U.S. citizenship.

In 1986 U.S. authorities deported Demjanjuk to Israel to stand trial. He was sentenced to death in 1988 but his identity as “Ivan the Terrible” came under question and the sentence was overturned. During the trial, however, substantial evidence emerged that identified Demjanjuk as a guard at the Sobibor extermination camp.

He returned to Cleveland in 1993 and had his citizenship restored five years later. Holocaust survivors and activists, however, frequently protested outside his home. Then the Justice Department again filed a request to strip him of his U.S. citizenship and he was deported in 2009 and flown to Germany to face a new trial for his Sobibor activities. He was subsequently convicted of over 27,000 counts of accessory to murder at Sobibor and, due to his age and poor health, sentenced to only five years in prison; he was allowed his freedom while his lawyers appealed.

And so the stories of World War II—from heroism to the ongoing aftermath—continue to make the news. With an event as history-changing as the war was, we can only hope that the world will be continually reminded of its importance for decades to come.