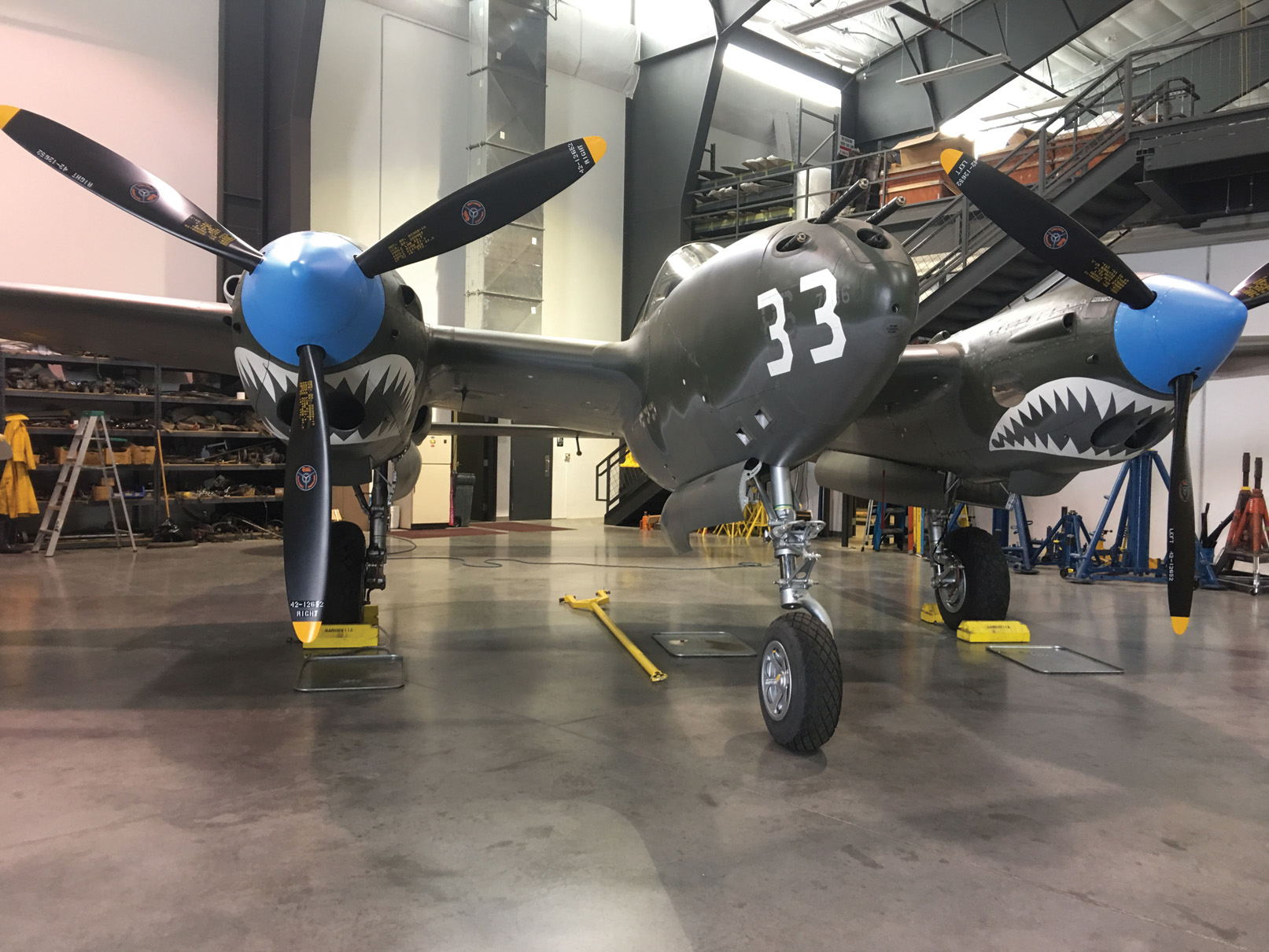 This article appears in: Fall 2018

Colorado Springs, Colorado—at the foot of majestic Pikes Peak—has long been a favorite vacation destination. And now there’s another reason to head for the Rockies: the National Museum of World War II Aviation.

Anyone with an interest in piston- and propeller-driven warplanes will get their heart beating a little faster when they enter the facility, located on the northwest corner of the Colorado Springs Airport.

Unlike many other aviation museums, virtually all of the 25 aircraft on display have been painstakingly brought back to pristine flying condition. These include a prewar Navy Grumman F3F-2 biplane (one of only three flying in world); an L-19 artillery spotting plane; a B-25 Mitchell bomber that has appeared in many war films, including Pearl Harbor; an SBD-4 Dauntless; two F7F Tigercats; a Catalina flying boat and its successor, an HU-16 Albatross, to name just a few. (Call ahead to see if your favorite aircraft is at the museum before you visit, as they routinely fly to events.)

One of the museum’s most popular attractions is the P-38 “White 33” of the 39th Fighter Squadron, which was retrieved in wrecked condition from the New Guinea jungles and restored to immaculate flying condition. Its pilot, Lieutenant Ken Sparks, used it to ram a Japanese Zero in flight.

Also on display are three P-47 Thunderbolts, two TBM Avengers, a T-6G Texan, and the world’s only fully functioning Link Trainer (a second one is being restored).

A number of exhibits showcase the Tuskegee Airman, life on the U.S. home front, uniforms and equipment, military vehicles, and much more. A well-stocked gift shop also caters to the aviation enthusiast.

The admission price includes either a self- or docent-guided tour. Guided tours (at no extra cost) to the adjacent WestPac Restorations Inc. facility are also conducted. There visitors can see historic aircraft being brought back to life.

Plans are being finalized now for the 2019 Air Show at the Colorado Springs Airport, when many of these rare and beautiful warbirds will again take to the sky.

Hours: Tuesdays, Thursdays, Fridays, and Saturdays. Tours start at 10 am

Ticket discounts and tour reservations are available online at worldwariiaviation.org.