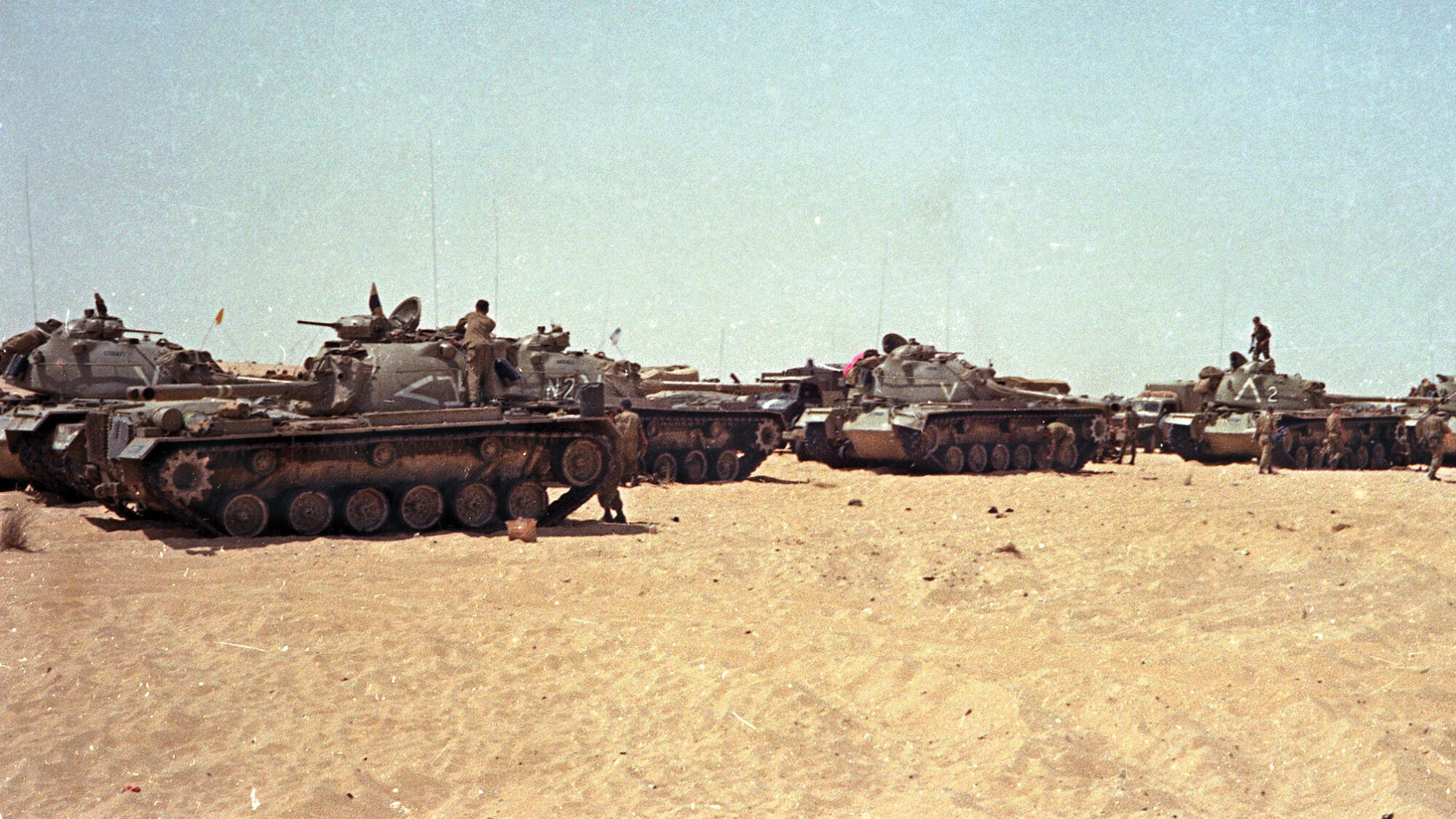 Israel launches a preemptive airstrike known as Operation Focus against Egyptian air bases in the morning with its French-supplied fighter bombers. They achieve total surprise.

Syrian forces fortify their frontier with Israel. The Syrians shell Israel with their heavy artillery.

A fierce battle erupts in the Old City of Jerusalem as elite Israeli forces overpower Jordanian troops. Shaken by the loss of the Old City, King Hussein of Jordan orders his forces to withdraw.

Egypt accepts a cease-fire, the Israelis capture Hebron, and fighting rages on the border of Golan.

Israel takes Kuneitra on the Golan Heights. Israel and Syria agree to a cease-fire.

The war ends with Israel having captured the Gaza Strip, West Bank, Golan Heights, and Sinai Peninsula to the Suez Canal.