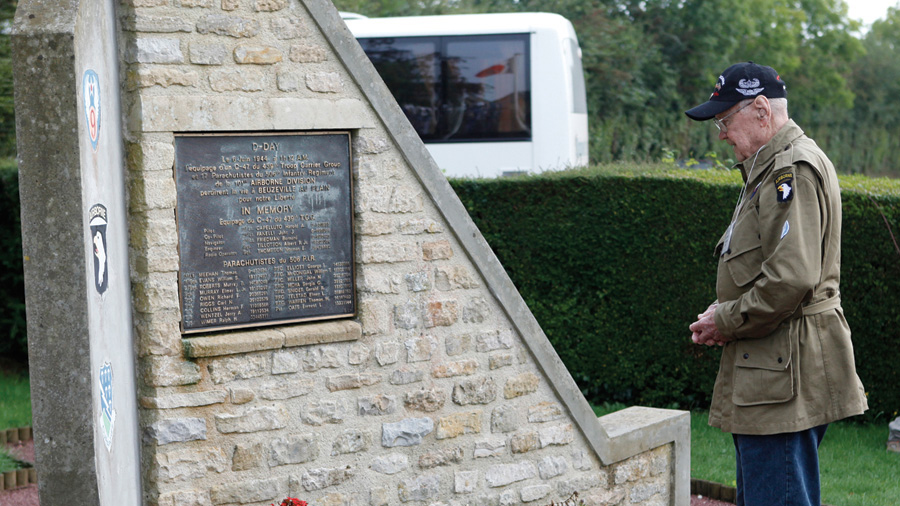 Remembering a Day of Remembrance

Flint Whitlock takes a look at the history of Memorial Day, from its establishment on 1868 to present day.

This article appears in: Summer 2017

This year, as I have done almost every year for the past 30 years, I took part in the Memorial Day ceremony at the 10th Mountain Division War Memorial near the division’s former training area high up in the Colorado Rockies. Some years I have been the organizer, some years the master of ceremonies, and some years just doing what I can behind the scenes. I figure it’s the least I can do to pay my respects to the 1,000 men of the division (my father’s division) who lost their lives in World War II.

On Memorial Day 2017, it’s still appropriate to reflect on that solemn day. In our country, unfortunately, Memorial Day is just another excuse for a long weekend to head to the beach or go camping or hit the mattress sales. The true meaning of the day is in danger of being lost.

For some people, it’s easy to not give a moment’s thought to why the day is a national holiday. It was originally established in 1868 by General John Logan, national commander of the Grand Army of the Republic, to remember those who died during the Civil War. Today we have many more wars and war deaths to remember.

There is a frequently told story about the 1945 Memorial Day (it was still called Decoration Day then) ceremony held at the Sicily-Rome American Cemetery at Anzio-Nettuno at the end of the war. On May 30, 1945, the final resting place for thousands of soldiers still looked like a pasture, with little grass, few trees, and no permanent structures. Instead of marble headstones, there was a sea of white wooden crosses and Stars of David. Giving the main address was Lt. Gen. Lucian K. Truscott, Fifth U.S. Army commander.

In addition to the usual assemblage of dignitaries, honor guard, and military band, the G.I. cartoonist and journalist Bill Mauldin was in attendance, representing The Stars and Stripes newspaper, and he wrote movingly of Truscott’s speech, probably the most unusual ever given at a memorial ceremony:

“When Truscott spoke, he turned away from the visitors and addressed himself to the corpses he had commanded there. It was the most moving gesture I ever saw. It came from a hard-boiled old man who was incapable of planned dramatics. The general’s remarks were brief and extemporaneous. He apologized to the dead men for their presence here. He said everybody tells leaders it is not their fault that men get killed in war, but that every leader knows in his heart this is not altogether true. He said he hoped anybody here through any mistake of his would forgive him, but he realized that was asking a hell of a lot under the circumstances….

“Truscott said he would not speak of the glorious dead because he didn’t see much glory in getting killed in your late teens or early twenties. He promised that if in the future he ran into anybody, especially old men, who thought that death in battle was glorious, he would straighten them out. He said he thought it was the least he could do.”

I suspect that most readers of this magazine no doubt pause every Memorial Day to remember those who made the ultimate sacrifice. I just wish that everyone would do so—even for a few minutes. That’s the least everyone can do.

*Lead photo caption: Ed Mauser of the legendary Band of Brothers pays tribute to his comrades who died in Lieutenant Thomas Meehan’s airplane at the crash site memorial in Normandy in 2010. The memory of the plane going down stayed with Mauser the rest of his life.