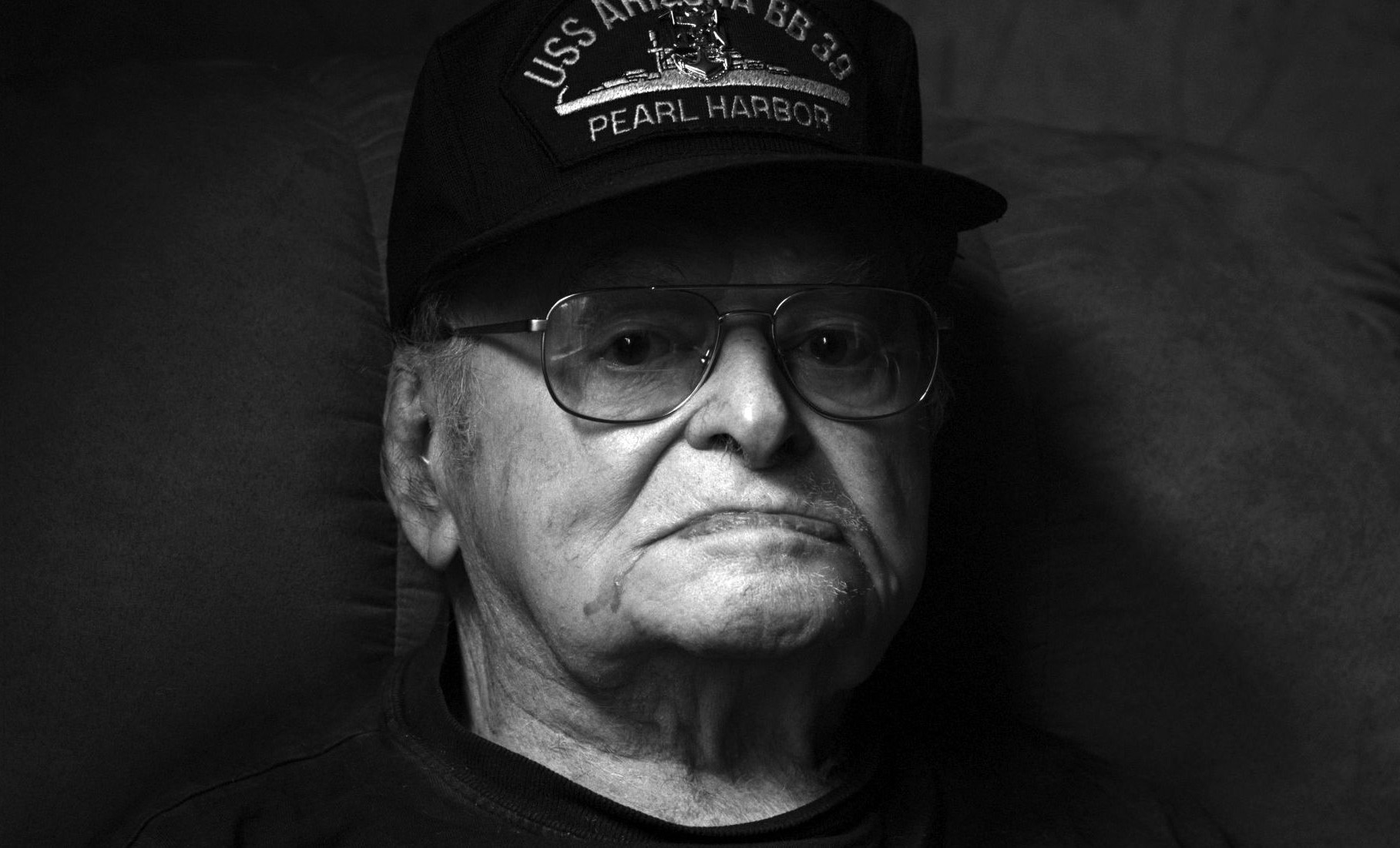 One of the last Arizona survivors passed away recently.

When Raymond Haerry passed away last September the quite exclusive club to which he belonged dwindled to five remaining members. Haerry was one of the few men who had served aboard the battleship USS Arizona in Pearl Harbor on December 7, 1941, and survived the Japanese attack and subsequent explosion that devastated the warship and killed 1,177 U.S. Navy and Marine Corps personnel.

Haerry, a resident of West Warwick, Rhode Island, who lived to be 94, had never returned to Pearl Harbor in his lifetime, carrying the horrific memories of that tragic day with him throughout his life. He spent 25 years in the Navy and retired as a master chief petty officer. A 19-year-old sailor on the day Pearl Harbor was attacked, Haerry tried to open an ammunition locker for one of the battleship’s antiaircraft guns, but the detonation of the Japanese bomb that doomed the Arizona, actually a modified 14-inch naval shell, touched off forward powder magazines, and soon the young sailor was in the water surrounded by burning fuel oil.

Raymond Haerry, Jr., told the Associated Press that his father reached the shore by swimming through the surface flames, pushing them aside with his arm. He actually got some shots off at Japanese aircraft from a position ashore, and when it was over he helped retrieve the bodies of several of his shipmates. Still, the remains of hundreds of those killed on December 7, 1941, remain entombed in the wreckage of the Arizona, now a national memorial that is recognized by the distinctive architecture of the edifice that straddles the sunken hull, a gleaming white bridge covered by a central depression with upswept outer edges symbolic of the ultimate victory in World War II. 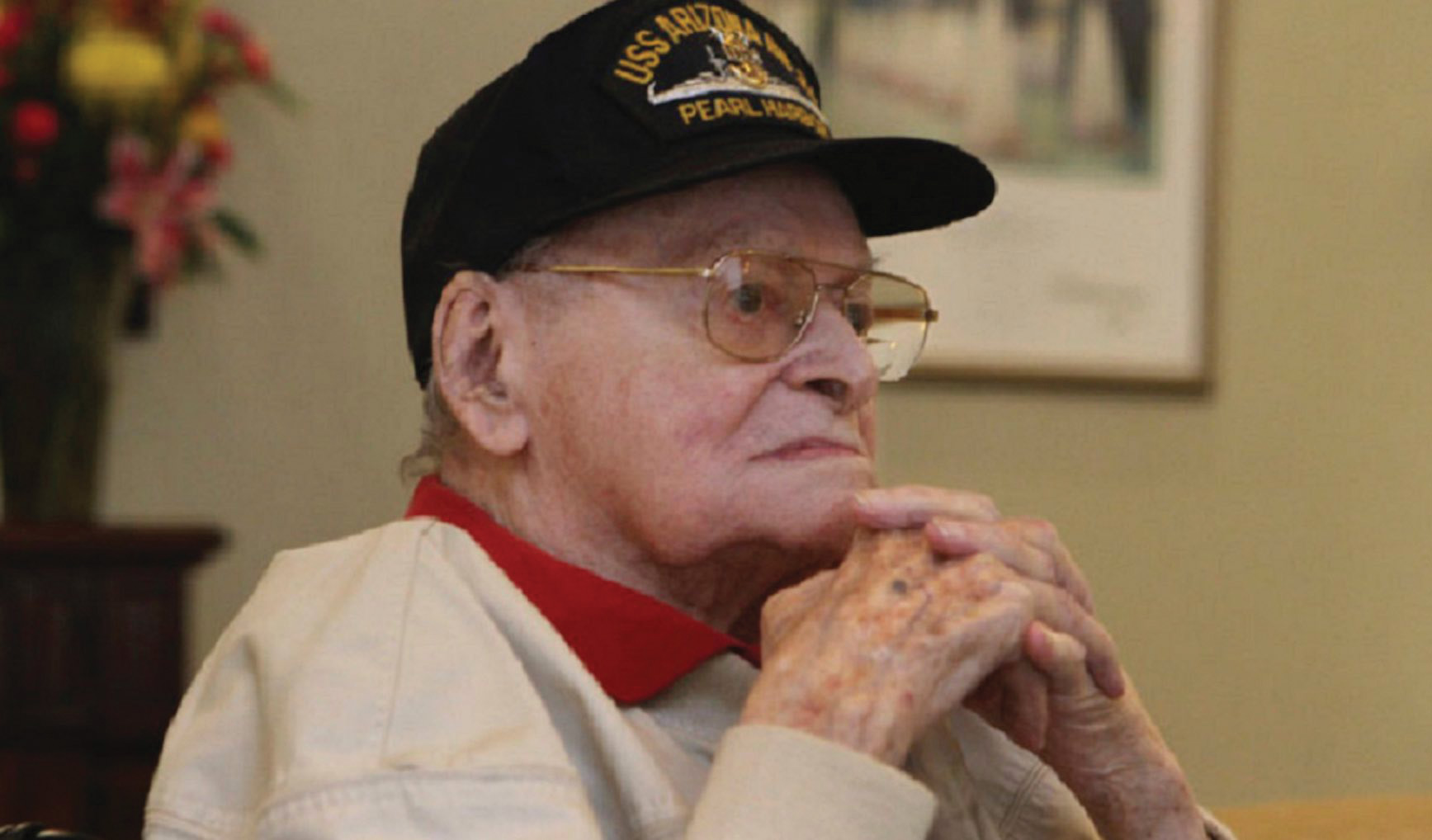 The elder Haerry, interviewed for a film titled Remember Pearl Harbor to commemorate the 75th anniversary of the attack in 2016, had planned a final return to Pearl Harbor, to be laid to rest with his shipmates who died in the attack and others who have since been laid to rest inside the hull of the battleship they once called home.

“As he was getting closer to the end, I think he felt that if there’s any place that he’d like to be at rest, it would be with his crewmates, the people who suffered and died on that day,” his son explained to the AP. Since 1982, the U.S. Navy has allowed former crewmen of the Arizona to have their ashes interred within the hull. The privilege is restricted only to those who served aboard the battleship, and since then more than 40 of the original 334 survivors have elected to do so.

Strict protocol is followed during the interment service, and with its conclusion a Navy diver carries the urn to the place of interment in the well of barbette No. 4, which 75 years ago mounted the turret of one of the Arizona’s 14-inch main batteries. In 2011, there were 18 remaining survivors. Soon enough, there will be none. The Navy’s gesture is a fitting tribute to those who braved the surprise attack so long ago and responded to the treachery with heroism and sacrifice.

Survivors of the old battleship Utah, used as a target ship in 1941 and sunk by Japanese torpedoes on the other side of Ford Island, also have the option to be interred within the hull of their former ship. Others who were serving at Pearl Harbor on December 7, 1941, have the option of having their ashes scattered within the harbor.