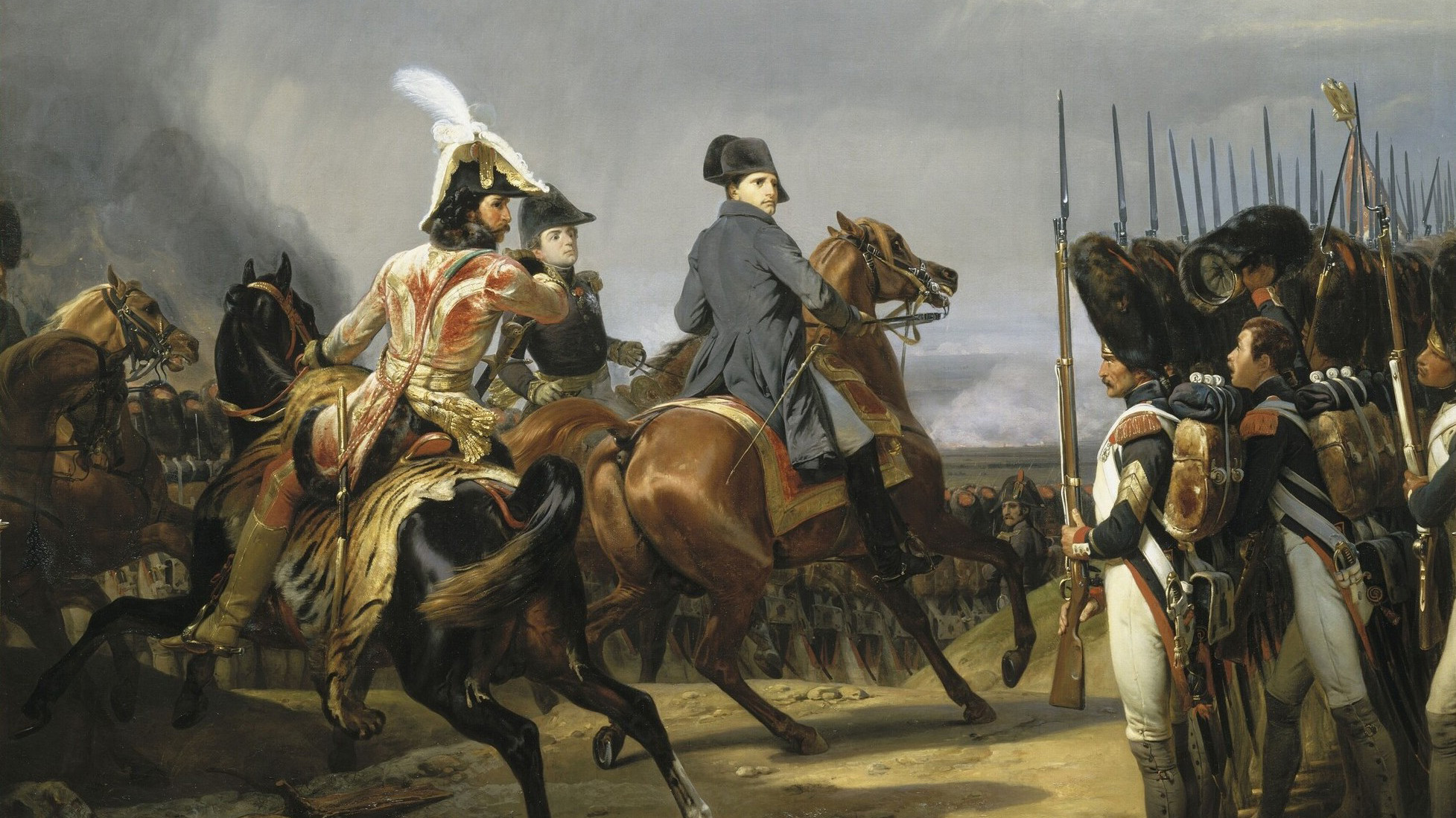 When Napoleon Bonaparte became First Consul of France in December 1799, he consolidated the two seperate guard bodies, one for the directory and one for the legislature, into the Guarde des Consuls.

Napoleon intended the Guard to be a model for the rest of the army. Only those who had performed heroic action or been wounded in combat over the course of several campaigns were to be admitted into the Guard. Napoleon ultimately used the Guard not only for his personal protection, but also as a formidable reserve in battle.

When Napoleon became emperor of the French in May 1804, he renamed it La Garde Imperial. As the empire grew, so did the Guard. It grew so large it was necessary to divide into an Old Guard, Middle Guard, and Young Guard.

Headgear: The fur cap worn by the Imperial Guard grenadiers was informally called a beehive. Made of black bearskin, the 13-inch-tall cap was adorned with red cords and tassel, as well as a decorative, stamped brass plate.

Uniform: The coat, known as a habit, was blue cloth with a blue collar, white lapels, and scarlet cuffs. The Guard initially wore white breeches, white gaiters, and black boots.

Cartridge Box: The black, waxed leather cartridge box was slung across the left shoulder and hung behind the soldier’s right hip. It initially bore a brass grenade badge, but this decoration was replaced in 1804 with a crown over an eagle.

Musket: The Guard-pattern musket was a version of the An IX modification of the 1777 Charleville flintlock musket. The .69 caliber musket was 44.8 inches long and weighed 10.5 pounds. The version made for the Guard featured a raised cheek piece, lock with patent pan cover, and brass fittings. When “fixed,” the socket bayonet transformed the musket into a short pike.

Sabre: This was a special pattern made specifically for the Guard that had a brass hilt, black leather grip, and black scabbard with brass fittings.