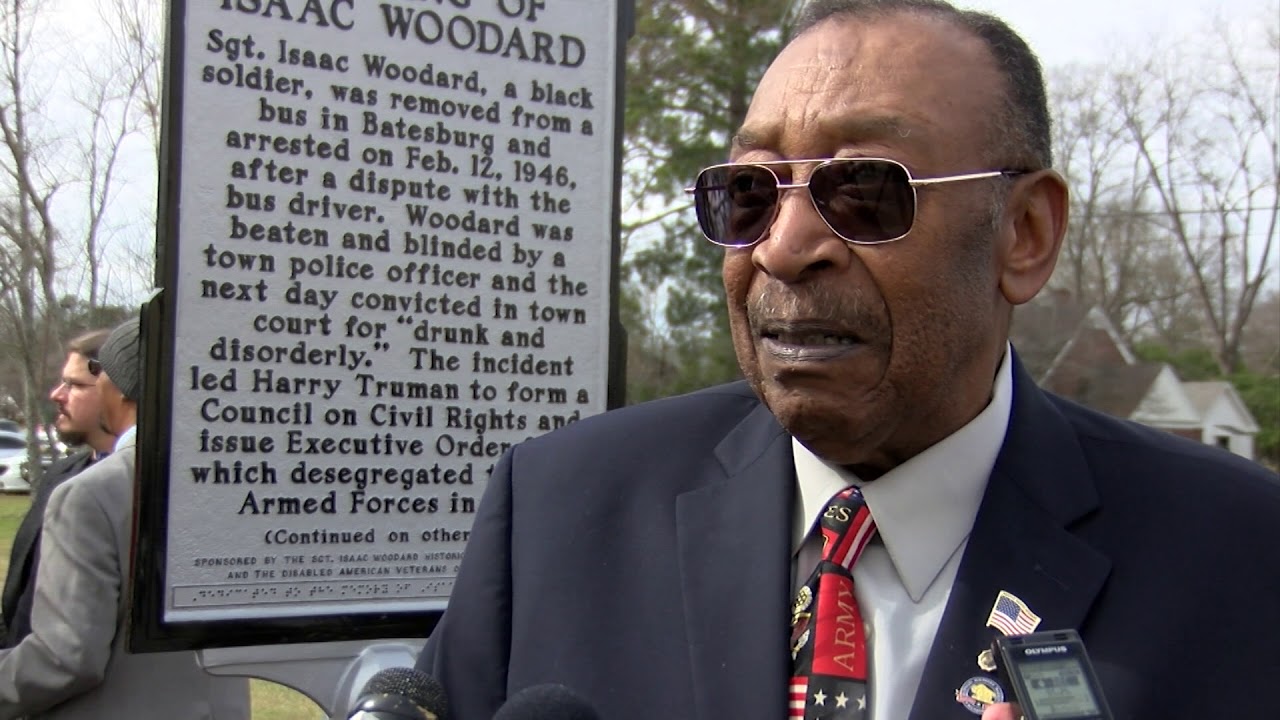 This article appears in: Summer 2019

Hardly a month goes by that there isn’t something related to World War II in the news. Here’s a sampling of some recent news items—all from February 2019:

On January 3, 1944, the destroyer USS Turner (DD-648) exploded under still mysterious circumstances near the entrance to New York Harbor. Of the nearly 300 sailors on board, 136 died.

Four graves in a national cemetery at Farmingdale, New York, are known to contain the remains of unidentified sailors; American Legion officials in New York asked their state legislators and congressional delegation to petition the Department of Defense to exhume the “unknown” sailors for the purpose of identifying them. The number of sailors buried in each grave is also unknown.

The citizens of Batesburg-Leesville, a small South Carolina town, honored a black veteran with a historical marker. Hours after being discharged from the Army in February 1946, Sergeant Isaac Woodard, Jr., was removed from a Greyhound bus and beaten by the town’s police chief, Linwood Shull, and deputies for allegedly being drunk and disorderly.

The historical marker stands at the site of the former police station, where the beating occurred. The incident is said to have spurred President Harry Truman to issue Executive Order 9981 that desegregated the U.S. military in 1948. Woodard, 73, died in 1992 in the Bronx, New York.

The second of the two people in one of the war’s most iconic photos passed away at age 95. The image of a sailor forcefully kissing a woman in a white nurse’s uniform in New York’s Times Square on VJ Day has, for many years, symbolized the joy the world felt at the end of the war.

The sailor pictured is George Mendonsa of Middletown, Rhode Island. For years at least 11 men and three women claimed to be the people in the photo, but extensive research led historians to conclude that the sailor was Mendonsa.

Two photos of the same event were taken on that August 14, 1945, day—one by photojournalist Alfred Eisenstaedt and published in Life magazine. The other photo, from almost the same angle, was shot by U.S. Navy photographer Victor Jorgensen.

The nurse (actually a dental assistant) was identified as Austria-born Greta Zimmer Friedman; she died in 2016.

In an interview with the Library of Congress’s Veterans History Project, she said, “I felt that he was very strong. He was just holding me tight. I’m not sure about the kiss. It was just somebody celebrating. It wasn’t a romantic event.”

In a 2015 TV interview, Mendonsa, who was serving on a warship and was home on leave when Japan surrendered, said that Friedman reminded him of nurses he saw on a hospital ship caring for wounded buddies.

As the New York Times said, “The photo has served as a symbol of the exuberance Americans felt at the end of World War II, capturing what many saw as a charmingly ideal portrait of the United States at a portentous moment of history.”

It has also drawn the ire of some members of the #MeToo movement, who called it a classic example of an unwanted public sexual assault.