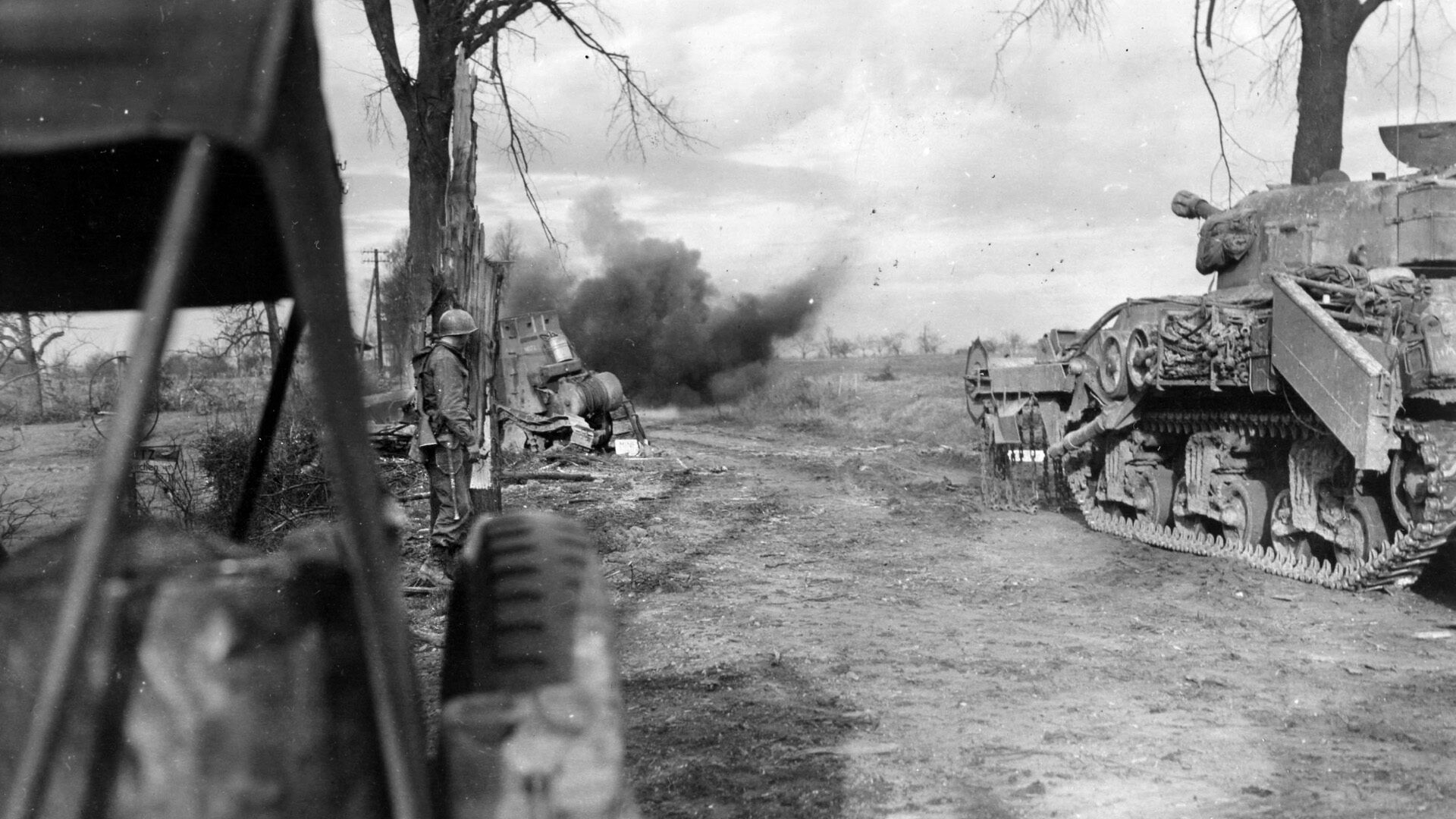 I would like to commend you, your staff, and Mr. Frank Chadwick on the excellent article entitled “King Company at Bloody Lindern” in the June/July edition of WWII History.

At that time I was a second lieutenant with Company A of the 334th Infantry and had some firsthand knowledge of the battle for Lindern.

Company K of the 335th Regiment did an outstanding job and secured a Presidential Unit Citation, which your article did not mention.

I would also like to point out a couple of small errors in the depictions of Lieutenant Creswell Garlington of Company L. He was not a graduate of The Citadel and was not the class valedictorian. Both Lieutenant Garlington and myself were members of The Citadel Class of 1944. This was the class that never graduated. When we started our third year of school in September of 1942 we were automatically enlisted in the Army Reserve. In April of 1943, just prior to the finish of our third year, the entire class was called to active duty.

Those of us who were enrolled in Infantry ROTC were sent to basic training at Fort McClellan, Alabama—about 15 strong. After completion of basic training we were assigned to the ASTP program at The Citadel to await an opening for OCS. In late December 1943 we were enrolled in the Second Company, Third Student Training Regiment of the Infantry School at Fort Benning, Georgia. Twenty-eight of us graduated from the program and became second lieutenants on May 2, 1944. I believe all of us were assigned to the 84th Division, then in training at Camp Claiborne, Louisiana.

Creswell Garlington was one of the finest men I have ever known. In addition to being an outstanding scholar (he would undoubtedly have been valedictorian), he was a fine soldier. He had been appointed as Cadet First Sergeant of Company E at The Citadel and would probably have been the company commander as a senior.

With these facts about the Class of 1944, perhaps Mr. Chadwick can find the makings of another good article.

The Citadel Alumni Association website gives the following information on Lieutenant Garlington: “Attended The Citadel for three years before being called to duty in the U.S. Army during WWII in 1943. Lieutenant Garlington was awarded the Distinguished Service Cross for extraordinary heroism for action against the Germans 1 December 1944. Garlington sacrificed his own life while saving four of his comrades during combat operations during the Battle of the Bulge. Carrying, at different times, four wounded men to safety, he received a mortal wound yet refused orders to be evacuated until others were cared for. His actions resulted in the ultimate sacrifice for his comrades and country.”

I just received my August 2010 issue of WWII History, which contained a story on New Guinea (“Jungle Warriors Against Long Odds”). I have been a subscriber for several years. I’m 89 and a World War II veteran.

My outfit was the 158th Bushmasters. We sailed from Panama to Australia in 1942, then proceeded on to Port Moresby and on up through New Guinea. At Sami and Wadkee we fought the tiger Marines from Japan, Tojo’s finest. We won that battle and I was the body guard for our commander. I won the Bronze Star in that battle.

My question is, have you done any stories on our unit?

This unit joined the 5th Infantry in the Panama Canal. They were National Guard and had Indians from 17 tribes. Roosevelt gave us the name “Bush Masters” in Panama; it’s a deadly snake. Our unit has quite a history.

Thanks for all the other stories you give us every issue.

Al Hemingway wrote about the 158th in “Bushmasters’ Baptism of Fire” in the January 2004 issue of WWII History.

I am an Italian Army officer posted in Fort Monroe (VA) as liaison for the Italian Army with HQ US Army TRADOC. Since I arrived in the USA, being an enthusiast reader of military history I began to read your magazine that I soon appreciate because of the interesting and professional depiction of past history events.

Nevertheless I am writing to you to criticize a generally negative approach that common Anglo-American historiography has about Italian Army performance in WWII. The general idea that Italian troops in WWII were able only to retreat and surrender is a myth so deeply embedded in Anglo-American psyche that to challenge it seems sacrilegious. By the way, Field Marshal Harold Alexander, in his official report about the North Africa campaign, writing about the fights between the British 8th Army and the Italian 1st Army says, “It was noticed that the Italians fought particularly well, outdoing the Germans in line with them.”

One of the main problems for a correct depiction of WWII events by Anglo-American historiographers is that, even in theaters where the Italian Army played a major role, they rely mainly on German sources, disregarding almost completely the Italian ones. The award-winning book An Army at Dawn, which portrays Italian soldiers in North Africa only to ridicule them, has a huge 28-page list of sources at the end of the book (545 books, 136 articles, 21 newspapers, and 142 manuscripts), among them only two have Italian authors (an article and a book about the Italian Navy). This example epitomizes how an amateurish approach to history can drive to misjudgment. Trying to give an account of the events of the North Africa campaign without considering Italian sources is a clear historiographical mistake that results in partial and biased reconstruction of the events.

Your article in the September 2010 issue, “Himmler’s Recruits,” reminds me of the terrible killings that happened in Europe after World War II. Thousands, hundreds of thousands, millions were killed after the cessation of military operations in Europe. Some of the people in these SS formations may have been for Hitler’s Germany, but many if not the majority of these people were killed by the communists. The communists were known in Europe much before the war as the most vicious, murderous organization. During the war, thousands of people in Europe were fighting the communists. These people wanted to fight the communists, not for anybody else.

Not much has been said or written about these postwar killings. More mass graves and caves filled with bones are found even today. In Slovenia alone more than 200,000 people were killed by communists. That number included my brother, less than 19 years old, who was thrown in a cave, and no one has ever known where he died, where his bones are.

It is time for more to be written about these atrocious postwar killings in Europe.

I practically miraculously escaped that murder, as did a few others.