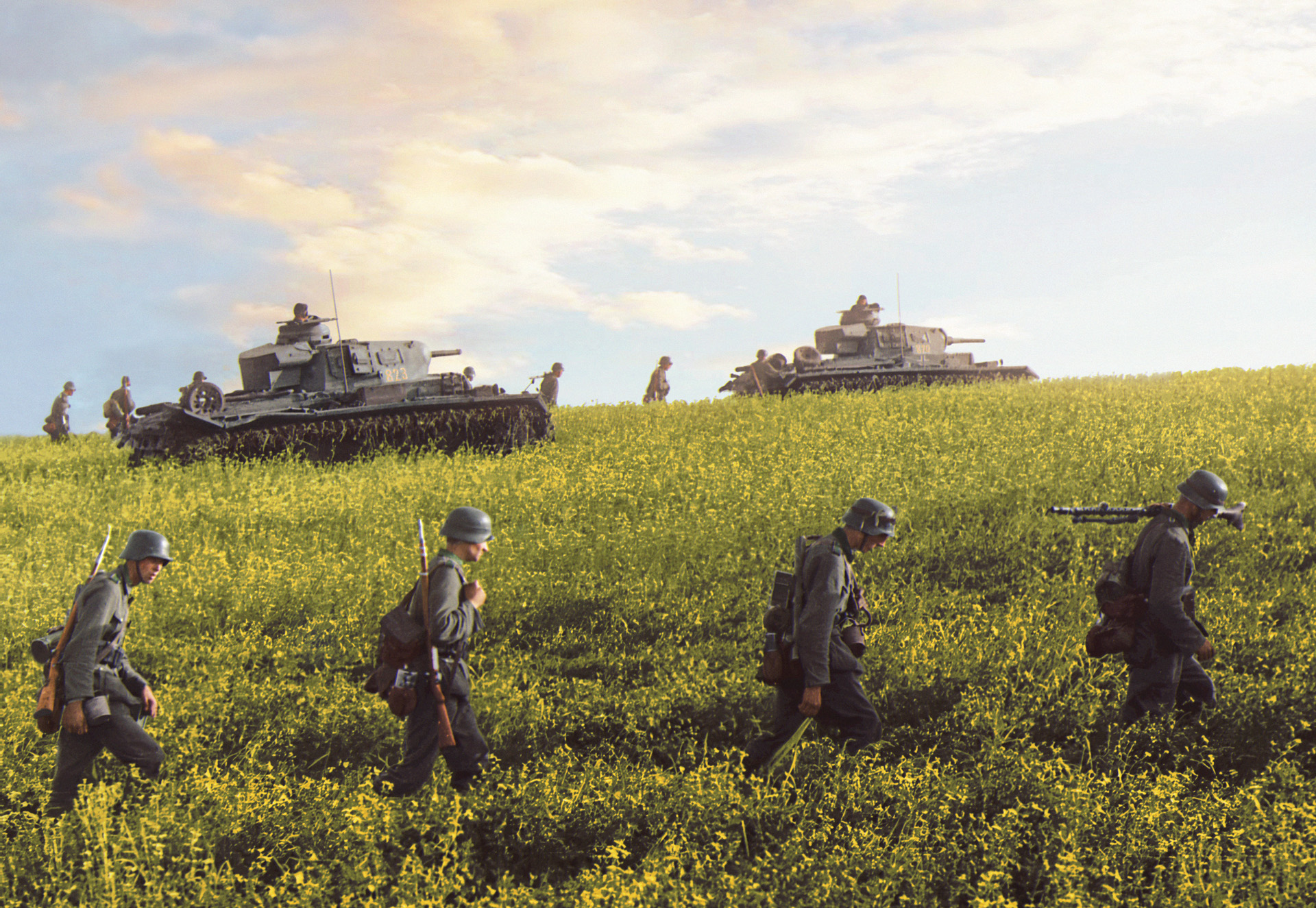 Hitler’s blunder resulted in a devastating defeat for the German Army on the Eastern Front.

When Adolf Hitler launched Operation Barbarossa, the Nazi invasion of the Soviet Union, on June 22, 1941, he expected yet another in a string of spectacular victories. The Soviet military was but a shell. “We need only to kick the door in and the whole rotten structure will come crashing down,” he told his generals.

Swift early successes, however, gave way to brutal cold and a stiffening Red Army that fought on despite horrendous casualties. Hitler’s tanks reached to within 12 miles of the Soviet capital of Moscow. Officers could see the gleaming onion domes and spires of the city through their field glasses, but they could advance no farther. The winter of 1941 shut down offensive operations.

When the Nazis resumed their attacks in the spring of 1942, Hitler’s focus had changed. The immediate prize, he believed, was the oil fields of the Caucasus. German spearheads would drive south and secure this vital resource that could supply their war machine with the precious commodity indefinitely. At the same time, Hitler fatally weakened the offensive, instructing the Sixth Army, under General Friedrich von Paulus, to attack eastward and capture the industrial city of Stalingrad on the Volga River.

Was Stalingrad of any consequential military value? That is an open question. The truth, however, is that its capture appealed to Hitler’s vanity. The conquest of the city that bore his arch enemy’s name, that of Soviet Premier Josef Stalin, would be incredibly satisfying.

By October, the Sixth Army and the Soviet Sixty-Second Army, commanded by General Vasili Chuikov, were locked in a deadly embrace in the city. Utterly devastated buildings were pounded relentlessly, and snipers picked off enemy soldiers who dared peek above cover. Battles raged at the Red October Steel Works, the Tractor Factory, and the Barricades armaments facility.

As long as they could hold a shrinking perimeter, time was on the Soviets’ side. The strength of the German force was inevitably eroded as supply became more difficult and replacements for mounting casualties were few. Winter came again, and along with it were horrific privations. One German officer invited a friend to share dinner. The meat was tender and accompanied by a “nice gravy.” When the officer thanked his friend, the cook remarked that they had enjoyed the last of his Doberman Pinschers.

While the battle in Stalingrad dragged on, the Soviets were actually closing the jaws of a tremendous vise. Stalin, relieved of concerns that a Japanese attack was imminent in the East, released hundreds of thousands of troops in his Siberian divisions. These troops and others were hurried westward to Stalingrad.

Operation Uranus was launched on the night of November 18 and sounded the death knell of the Sixth Army. Cut off and surrounded, the Germans were utterly destroyed. Hitler refused to allow Paulus to break out of the trap and instructed him to fight to the last man. Luftwaffe efforts to resupply the beleaguered troops in Stalingrad produced an epic failure, and an attempt to reach the besieged Sixth Army on the ground came to nothing.

Eventually, Hitler promoted Paulus to field marshal, expecting him to commit suicide rather than surrender since no German field marshal had ever been captured alive. Nevertheless, after a five-month ordeal, Paulus surrendered the remnants of his command, and on February 2, 1943, resistance ended. Estimates of German casualties at Stalingrad topped 300,000 with 130,000 marching into Soviet captivity, a new kind of tribulation that only a relative few would survive. Paulus made propaganda broadcasts for the Soviets and lived out his postwar life in East Germany.

Stalingrad was a spectacular Soviet victory, a real turning point in World War II. Seventy-five years ago, the defeat on the Eastern Front marked the beginning of the end for Nazi Germany. Coupled with the surrender of more than 275,000 Axis soldiers in North Africa only weeks later, Stalingrad shattered Hitler’s grand design, although World War II continued for two more years.