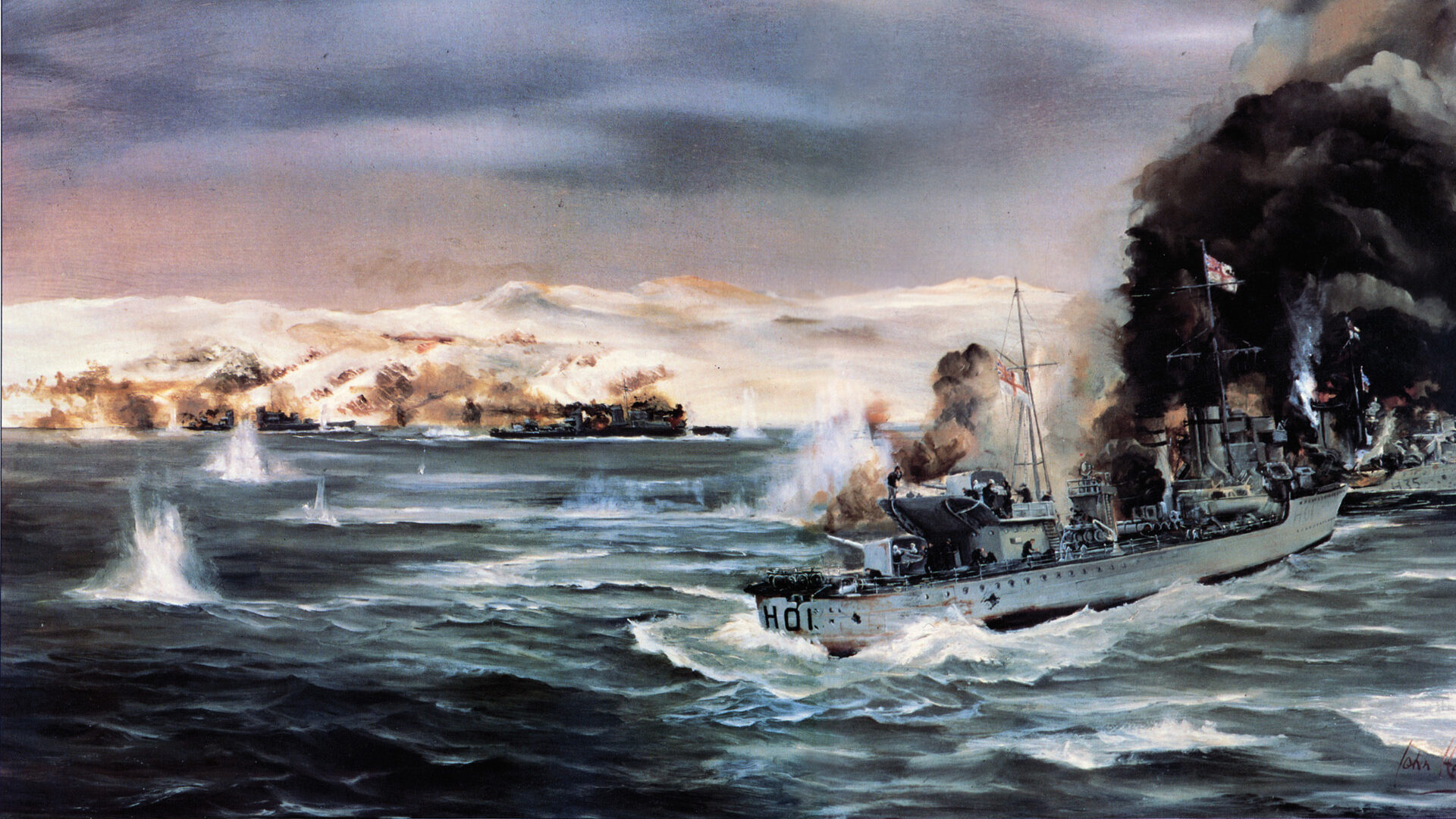 Hell in a Norwegian Fjord

The arrival of the Royal Navy at Narvik on April 10, 1940, threatened Germany’s hold on the key town. The Allies eventually withdrew, but not before they had inflicted heavy losses on the Kriegsmarine.

By Phil Zimmer Captain Odd Isaachsen Willoch knew what had to be done. The 55-year-old career Norwegian officer, commander of an aging coastal defense ship, was looking down the five-inch gun barrels and 21-inch torpedo tubes of the Wilhelm Heidkamp, a state-of-the-art German destroyer. Despite the mismatch against his outgunned “old bathtub,” Willoch said, “Man the guns. We are going to fight boys.” In a determined effort to protect the crucial northern iron ore port of Narvik on Apri