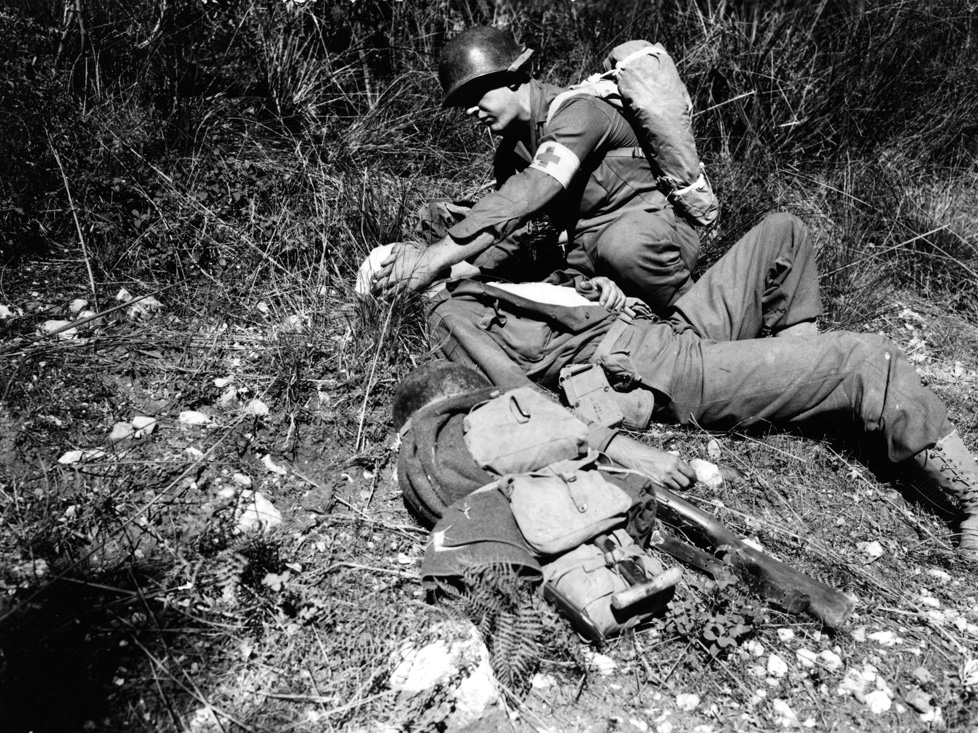 Yes, the world is at war. A surprise attack we didn’t see coming: germ warfare on a worldwide scale by an enemy we can’t see. But we all see its devastating effects.

Unfortunately, our ability to fight back is limited. We can’t send Doolittle’s Raiders to drop 500-lb. bombs, or assemble an invasion force to storm the beaches.

For five months, the enemy has been hitting us hard. Fear is palpable and deaths are mounting. Instead of “Remember Pearl Harbor,” our battle cry is “Social distancing!” We can’t rush to the recruiting offices or into the factories to begin churning out the instruments of war. Instead of tanks, General Motors was ordered to build respirators.

And, irony of ironies, this new war broke out during the same year we were supposed to be commemorating the 75th anniversary of the end of World War II. At the Broomfield (Colorado) Veterans Museum, where I am on the board of directors, we were planning a major exhibit and celebrations this summer to honor all who sacrificed to bring about an Allied victory and free the world from darkness. But now, with a new war on our hands, we don’t know when we will be able to reopen to celebrate that earlier victory.

In the 1940s, the U.S. was lucky: Two oceans prevented the enemy from getting too close. We could strike out, but the enemy had a hard time striking back. But this new enemy is right here—at home, next door, and sweeping across the globe.

There are some real parallels to World War II—and some stark differences. During the first five months after Pearl Harbor, the national mood was one of doom and gloom, lifted only by Jimmy Doolittle’s raid on Tokyo.

During the first few months of this pandemic, the national mood has also been dark. Instead of marching off to meet the foe, we’re ordered to stay home. Shun contact. Don’t recreate. Don’t go to school or church or work or theaters or concerts or sporting events. Close up shop. Avoid friends and associates. Hunker down. Turn a cloth mask into a bomb shelter.

Americans have been taken by surprise many times in the past century. The Spanish Influenza. The Great Depression. Pearl Harbor. The Kennedy assassination. The oil crisis. The dot-com collapse. Nine-eleven.

But, in the end, I am confident that we will prevail. The war will be won. The republic will stand, perhaps even stronger than before.

And just like World War II changed the arc of world history, so too will this crisis change everyone and everything in ways we cannot yet foresee.