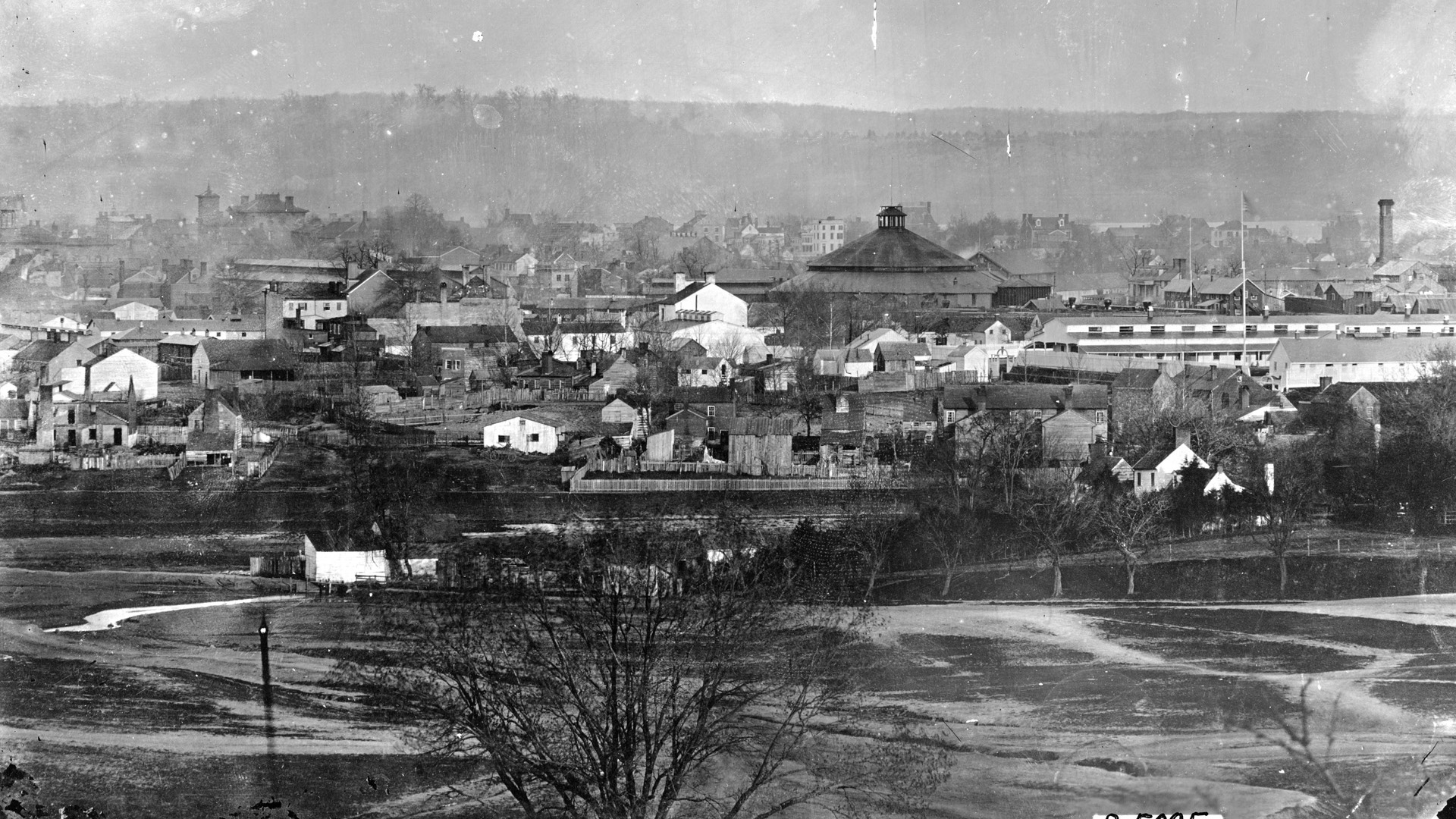 Alexandria, the Northern Virginia city on the outskirts of Washington, D.C. was the first, and longest held, Confederate city during the Civil War.

Under bright moonlight, Union troops marched into Alexandria, Virginia, on May 24, 1861, one day after Virginia seceded from the Union. Alarmed by military drills during the day and campfires at night, President Abraham Lincoln had become concerned that Confederates were massing in the outlying suburbs to attack Washington. The fact that he could see a Confederate flag snapping in the wind above the city only heightened the president’s anxiety. [text_ad]

It was an almost peaceful invasion. While the Confederates boarded trains for a clean escape, Union troops methodically occupied the railroad depot, telegraph office, and any other buildings of importance. That’s when first blood was drawn. Colonel Elmer Ellsworth of the 11th New York Fire Zouaves spotted the offending Rebel flag hanging above the Marshall House Hotel. After cutting down the flag, Ellsworth was shot in the chest by hotel owner James Jackson. Jackson then leveled his weapon at Zouave Francis E. Brownell, but Brownell fired first, then bayoneted Jackson in the torso, killing him instantly. Ellsworth would die later that day.

The shootout in the Marshall Hotel was Alexandria’s only frontline combat. For the next four years, the city became a major Union supply base for the soldiers in blue. Private homes and public buildings became offices, military headquarters, and hospitals, while Union engineers built forts and protective barricades around the city. On their off hours, troops toured like vacationers, visiting George Washington’s pew at Christ Protestant Episcopal Church, examining the manacles and chains of the local slave pen on Duke Street, and tearing away parts of walls and floors at the now-infamous Marshall Hotel for souvenirs. The city was less pleasant for the locals. When city officials refused to let Union Colonel Orlando Wilcox use their stables, he announced martial law. No one was allowed to congregate on the streets, buy liquor, or go outside after 9 pm. A particularly incendiary incident occurred on February 9, 1862, when Union soldiers interrupted a worship service at St. Paul’s Episcopal Church and dragged off the interim minister, Dr. K.J. Stewart, at gunpoint. Union authorities had demanded that all local church services include a prayer for the health of the president of the United States. Stewart declined to do so and was seized by a U.S. captain and six soldiers while still kneeling at prayer. The soldiers force-marched Stewart to the 8th Illinois regimental guardhouse (he was later freed) and closed the church. St. Paul’s became a Union military hospital for the duration of the war. The Alexandria Gazette, after reporting the incident in great detail, was burned to the ground the next day. And that’s how life went on for the next five years in what would become the South’s longest Union-occupied city.