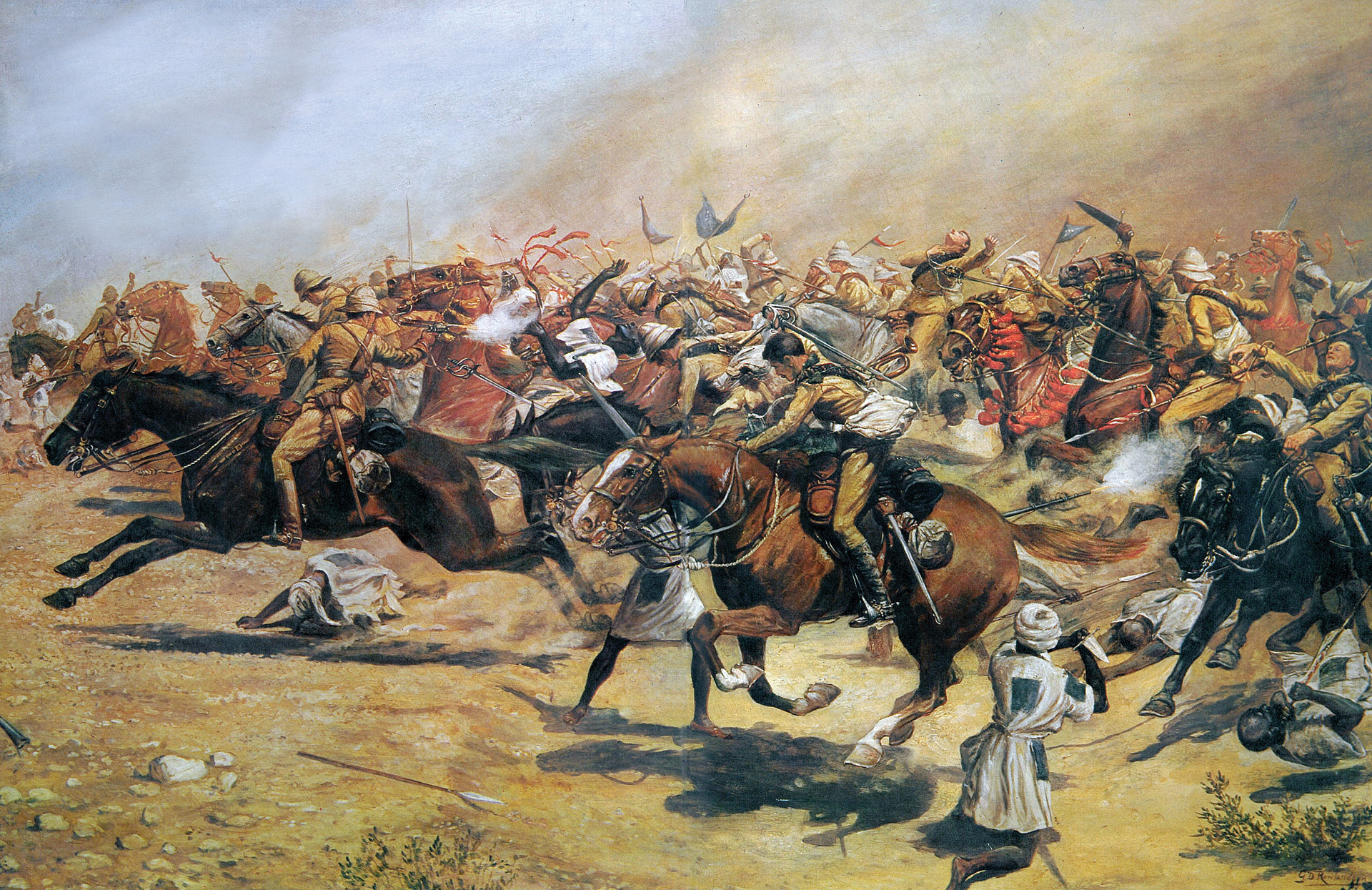 Unlike many politicians, Winston Churchill actually faced enemy swords and bullets in combat, giving him a close personal perspective on war.

This article appears in: June 2011

When a young British lieutenant named Winston Churchill charged into a swirling mob of Dervishes at Omdurman on the afternoon of September 2, 1898, it was not the first time the well-born cavalryman had faced combat in his nation’s far-flung wars. Indeed, as his exasperated commander, Lord Kitchener, suspected, the 23-year-old Churchill actively sought danger as a way of furthering his political ambitions. In the “Great Game” of late 19th-century imperialism, Churchill was an enthusiastic and sometimes foolhardy participant.

Churchill was literally to the manor born. The son of Lord Randolph Churchill and American heiress Jennie Jerome, Winston was a direct descendant of the Duke of Marlborough. The family lived in the fabulous palace, Blenheim, that the king of England had given to Marlborough for his glittering military accomplishments. The young Churchill grew up a lonely and neglected child—his parents were busy with their various social, sexual, and political affairs. His large collection of tin soldiers was his closest companion, and he constantly rearranged them in his bedroom, reenacting past British victories, including his famous ancestor’s.

A brilliant mind and a compulsive reader, Churchill was an indifferent student. His grades were too low to get him into the family’s traditional university at Oxford, and Churchill instead attended the Royal Military Academy at Sandhurst. There, he excelled at horseback riding, still a useful skill for an Army officer, winning numerous races and campaigning unsuccessfully to have polo reinstituted as an accepted academy sport. (It was thought ungentlemanly, since not all cadets could afford to play it. “Pure socialism,” Churchill groused.)

After observing the revolution in Cuba in 1895, Churchill took a post with the 4th Hussars in India. A revolt by Pathan tribesmen on India’s always troublesome North-West Frontier (now Afghanistan) brought a quick and brutal response from the British Army. In a pattern still repeated daily in Afghanistan, reprisals, counterreprisals, and bloody atrocities occurred on both sides. “It is a war without quarter,” Churchill wrote his mother. “They kill and mutilate everyone they catch and we do not hesitate to finish their wounded off.” Still, despite the danger, Churchill found the northwestern campaign “all very exciting and, for those who did not get killed or hurt, very jolly.”

In the Mahmund Valley, Churchill commanded a company of the 35th Sikh Regiment that came under attack from a much-larger Pathan force. Churchill narrowly avoided being killed when a volley of gunfire riddled the group in which he was standing. One less fortunate soldier “was spinning around just behind me, his face a mass of blood, his right eye cut out.” Told by his lieutenant colonel to go to the rear and hurry along reinforcements, Churchill had a vision of everyone else being killed while he was seeming to run away. “I must have it in writing, sir,” he told the dumbfounded officer. Surrounded and down to their last bullets, Churchill’s company was rescued at literally the last moment by the arrival of British cavalry “Buffs.”

For the first, but scarcely the last, time in his career, Churchill was seen as a glory hound by his fellow officers, a “thruster,” in the parlance of the day. He didn’t mind. It was a “pushing age,” he told his socialite mother, who did not hesitate to use her own influence with friends and lovers to further her son’s military and political career.

For the remainder of his incredibly crowded life, Churchill saw action in the Sudan, South Africa, and the trenches of World War I before becoming his nation’s savior during the darkest hours of World War II. To his credit, he never forgot that “war, disguise it as you may, is but a dirty, shoddy business, which only a fool would entertain.” Recent world leaders, who never saw actual combat, would have done well to heed the veteran Churchill’s words.