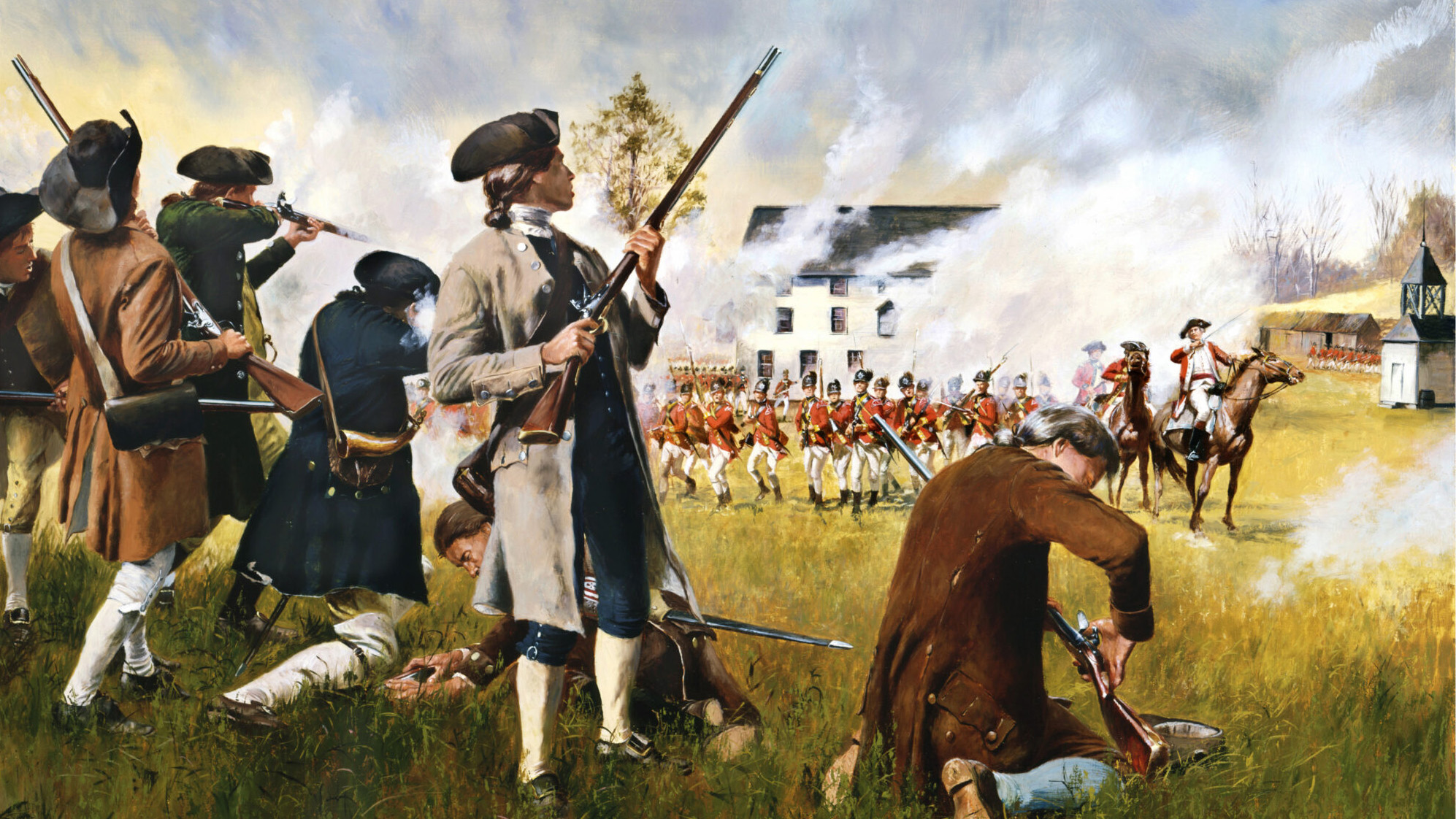 Blood on the Village Green: Battle at Concord

A preemptive strike by British regulars to destroy Patriot supplies at Concord ended in a fighting retreat to Boston on April 19, 1775.

Written by: David A. Norris

“Soldiers, don’t fire!” In the half light of dawn on April 19, 1775, war was breaking out on a New England town common, and Major John Pitcairn of His Majesty’s Marine Forces was trying to stop it. For several tense minutes, Captain John Parker’s company of militia blocked British troops who intended to march through their home town of Lexington, Massachusetts. Someone pulled a trigger. No one saw who fired that shot, but everyone heard the explosion. In defiance of their orders, first