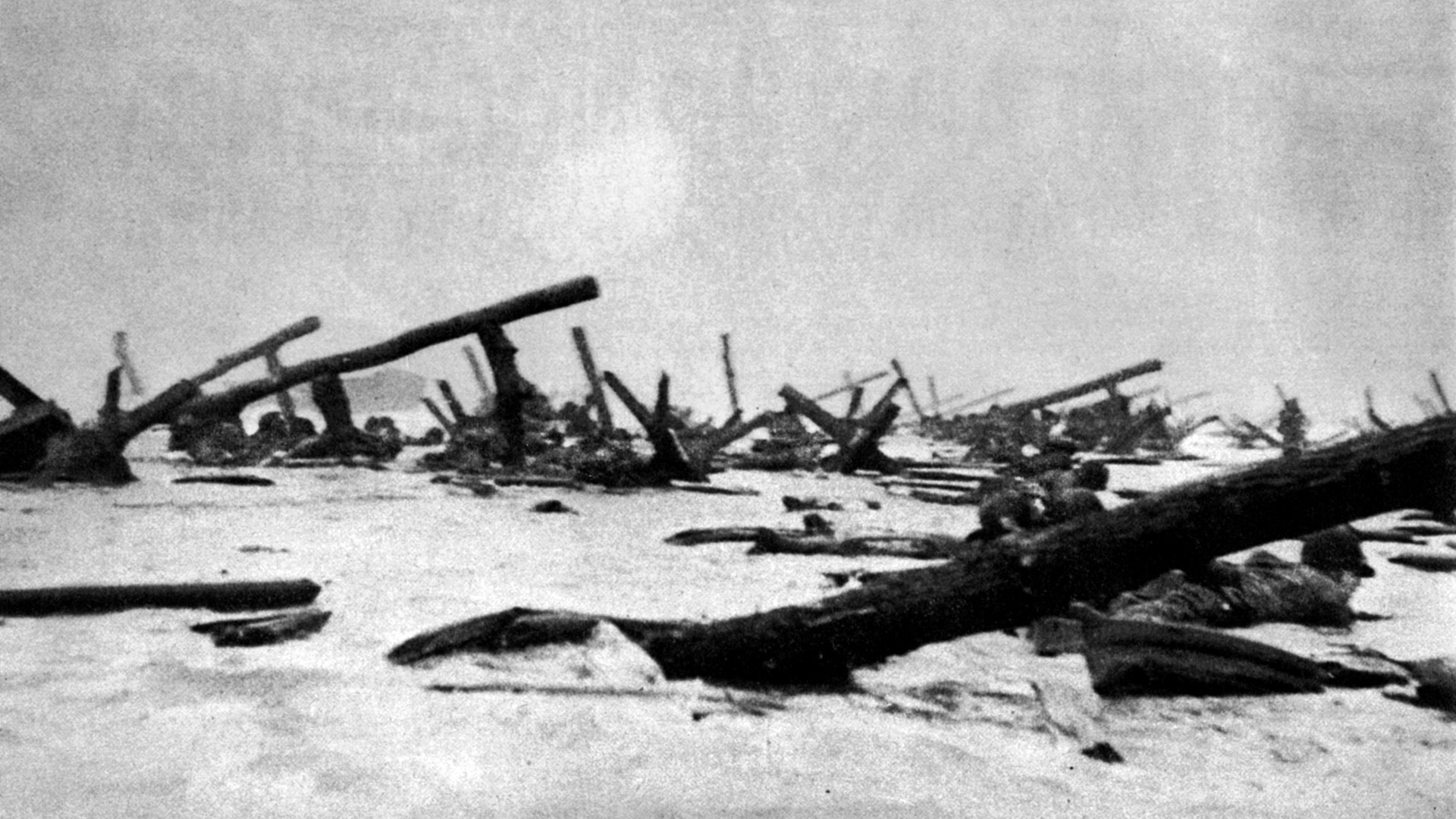 This article appears in: June 2020

In the midst of numerous observations around the globe to commemorate the 75th anniversary of the end of World War II, the most cataclysmic collective event in human history, comes a puzzling—if not downright troubling—business venture that calls into question just how future generations may perceive the events of the great conflict.

More than five million visitors come to Normandy each year to walk the beaches of the D-Day invasion of June 6, 1944, and contemplate the thousands of graves marked by simple headstones, crosses, and Stars of David where those who gave their last full measure of devotion lie. It may scarcely be conceived that visitors to the area where such sacrifice occurred for liberty, freedom and the defeat of Nazi tyranny might one day make it a destination for some type of “Disney style” theme park.

No, not featuring Mickey Mouse and his cohorts, but with some type of Normandy-invasion theme. At first blush, one would consider such an idea to be a joke, and in very poor taste at that. However, it is just what may be in the offing, according to a recent report published in London’s Daily Mail. According to the story, Mr. Hervé Morin, President of the Normandy region, hopes the attraction may be constructed and open for business before the 80th anniversary of D-Day in 2024. Projected to cost more than $110 million, the park would be built “not on the D-Day beaches themselves,” said Morin, “but very close to Juno, Omaha or Utah.”

Nicknamed “D-Day Land,” the proposed park would be patterned after the Disneyland Paris attraction, which draws up to 15 million visitors each year. Apparently, Morin also noted that he is hopeful a Hollywood director will step forward and help to choreograph a “spectacular” show that would be a permanent fixture in the park, along with actual reenactments of the combat landings, shows featuring lights and sound equipment, theaters, and other venues meant to lure tourists interested in adventure.

Those young men who landed on the windswept Normandy beaches in 1944 were certainly not seeking the kind of ordeal that awaited them. But they went anyway, and the concept of a moneymaking venture that would essentially exploit their life-and-death experience is simply repugnant. Opponents of the project are already mounting an offensive, and according to the Daily Mail a petition seeking to quash the theme park project has gained momentum. A spokesman for the French National Research Group, an organization of historians, condemned the proposed venture, saying, “The Normandy landings is a page in the history of France which should be respected…” Further, the spokesman asserted that the theme park “will seriously harm the ecology of the area, but also lacks the respect for the veterans and those killed during the Normandy landings and the battle that followed.”

On D-Day, British paratroopers took heavy casualties during the capture of a battery of heavy German guns near the coastal Norman town of Merville, and today, Mr. Olivier Paz, the mayor of Merville-Franceville, is resolute in his belief that the proposed theme park “should not be allowed to become Disneyland.”

For the sake of posterity, it is to be hoped that more discerning leaders will prevail in the prevention of such an ill-conceived enterprise. Those who are advocating the project surely must fail to comprehend the gravity of what took place near their homes more than 75 years ago. They are badly in need of a history lesson, and they need only take a stroll through the cemetery at Coleville-sur-Mer to feel the sense of solemnity that has and must continue to exert its hold on history.

Should any sense of decorum or common decency prevail, the idea of a “D-Day Land” will have come and swiftly be gone—and this column will be the last disgusted gasp of opinion necessary on the subject.

May the honored dead rest in peace and be visited with immeasurable respect and appreciation.