This article appears in: December 2019

Fans who have been into real-time strategy games for a while likely recall Commandos 2: Men of Courage, which first touched down on PC back in 2001, followed by PlayStation 2 and Xbox in 2002 and Mac OS X in 2005. With a nearly 20-year history behind it, it’s safe to say this one is well overdue for a remastered release, and that’s precisely what fans are getting in Commandos 2 HD Remaster. 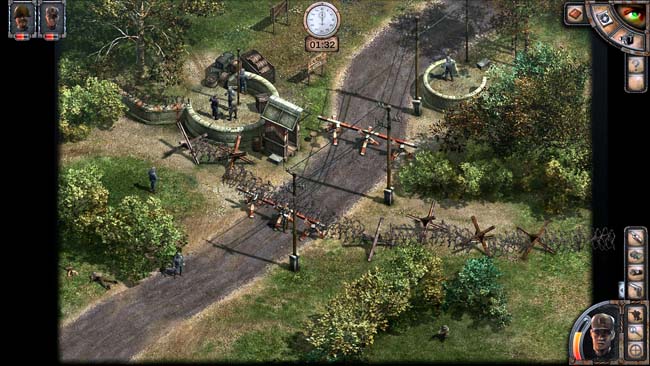 Hot on the heels of the original Commandos, the Pyro Studios-developed sequel once again had players stepping into the battle-ready boots of an allied officer in World War II. Gameplay was and remains all about directing a group of commandos with a variety of unique skills, knowing when to use which unit and finding new commandos along the way through various circumstances. Some might be scattered about a specific map, for instance, while others need to be rescued from imprisonment before you can add them to your squad.

Commandos 2 introduced some new features to create a more immersive RTS experience, including the ability to take on different types of enemies—from Gestapo soldiers to the wild animals that can be found in each location—and explore underwater and interior environments. New equipment was also introduced, and fresh strategies abound thanks to expanded body hiding possibilities and improved surveillance techniques.

In addition to the beefed-up high-def visuals, Commandos 2 HD Remaster will offer up a new tutorial, reworked controls, and an improved user interface while keeping the classic gameplay intact. At the time of this writing, this slick return to RTS form is due out for PlayStation 4, Xbox One, Switch, PC, Mac, Linux, iPad and Android tablets in the fourth quarter of 2019.