Dick Winters and the Band of Brothers 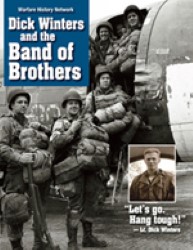 This free issue follows the exploits of Easy Company as you’ve never heard them before, with plenty of surprises on every page.

It’s been 15 years since its release, but HBO’s Band of Brothers continues to endure. Easy Company’s epic wartime journey from Camp Toccoa, Georgia, to Hitler’s Eagle’s Nest still captivates us all, and brings World War II to life in ways no television series has done before or since. The challenges, camaraderie and courage of these young men was truly beyond compare.

…And the best part is, all the stories are true. So wouldn’t you like to hear more?

Our special free issue, “Dick Winters and the Band of Brothers,” will help you do exactly that. From the infamous D-Day battery fight to confronting the SS at “The Island,” you’ll find pages and pages of new details about Easy Company’s odyssey into Germany. You’ll also find personal interviews and newly released material you won’t find anywhere else. 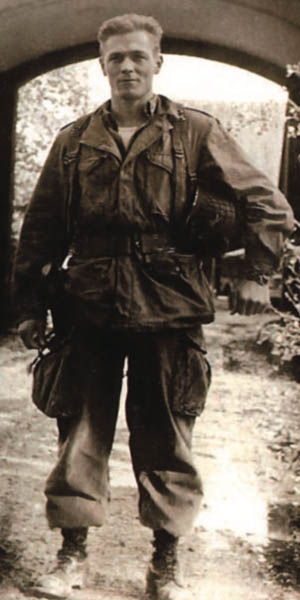 “There’s fire along the hedgerow there. Take care of it.”

This is where our free issue begins: First Lieutenant Richard “Dick” Winters receiving his D-Day orders from Captain Clarence Hester. (As you might remember, the order should have been given to Easy Company’s then-commander, Thomas Meehan, but his whereabouts were unknown.)

Winters faced difficult numbers—the current Easy Company head count was 11 out of the nearly 200 that had left England. So he mustered a few volunteers from the 506th and formed an ad-hoc team of 17.

The rest of the story, of course, is history. But we give you quite a few details the miniseries didn’t mention.

To cover their withdrawal after a successful mission, Sergeant Don Malarkey manned a 60mm mortar. He fired so many rounds, though, that he buried it into the ground; he had lost his base plate during his jump and was forced to bore-sight his weapon. The firing shattered every window in a nearby manor house.

And after he was able to collect more men and equipment, Winters reassembled his team and returned to the field, approaching this time from behind the machine gun turrets. (You can read more about this return mission inside our first story.)

Our free issue does more than rehash the past, however. We also provide more first-hand stories from the heroes themselves.

Heroes like Buck Compton, who received his military induction notice just after playing against Georgia in the 1943 Rose Bowl.

“We had been waiting for our call, and this was it,” Compton recalled. “It was our responsibility to go and fight. Young men heading off to war have no idea of the darkness that lies ahead.”

You may recall a scene from the series in which Compton and Winters have a disagreement over Compton’s fraternizing with his enlisted men. Inside our free issue, you’ll get to read all about Compton’s side of the story.

“I’ve never found it easy to order anybody around,” he admitted. “I’d rather ask someone for something then demand it. It was not my nature to be anything other than myself. If I consider somebody a friend, enlisted man or otherwise, I don’t hide it.”

And how did Compton’s jump into Normandy play out? Similar to Winters’ own.

…You’ll have to download your free issue to find out.

This issue delivers new insights into all of your favorite Easy Company names and missions, but you’ll also find stories we guarantee you haven’t seen on television. 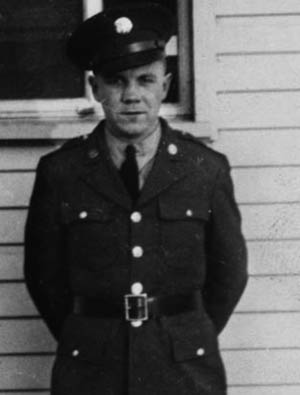 This feature begins with the formerly silent Easy Company man recalling the first thing he saw when he leapt from the doorway of his C-47 transport plane: another C-47 holding Lieutenant Thomas Meehan, Easy Company’s commander.

“I thought the plane was going to make a landing,” he remembered. “It hit the hedgerow and exploded. I knew all the fellows on it.”

Mauser, who fought with Easy Company’s 2nd Platoon from Normandy to Austria, had never before spoken about his war odyssey. For decades, he kept a promise to his wife to stay silent.

It was after her death in 2008 when he began revisiting the past. He reunited with his buddies and returned to Europe twice as a special guest of Stephen Ambrose Historical Tours.

To learn his story, all you have to do is download the full issue.

Fifty Pages of Material Inside

One hundred and forty men formed the original Easy Company from Camp Toccoa. Unfortunately, there are fewer and fewer veterans from this unit alive with each passing year. I hope you’ll join me in celebrating their legacy and sacrifices by downloading this free issue and hearing their stories. And once you do, please let us know what you think in the comments below. We’ve love to hear what you’ve learned.