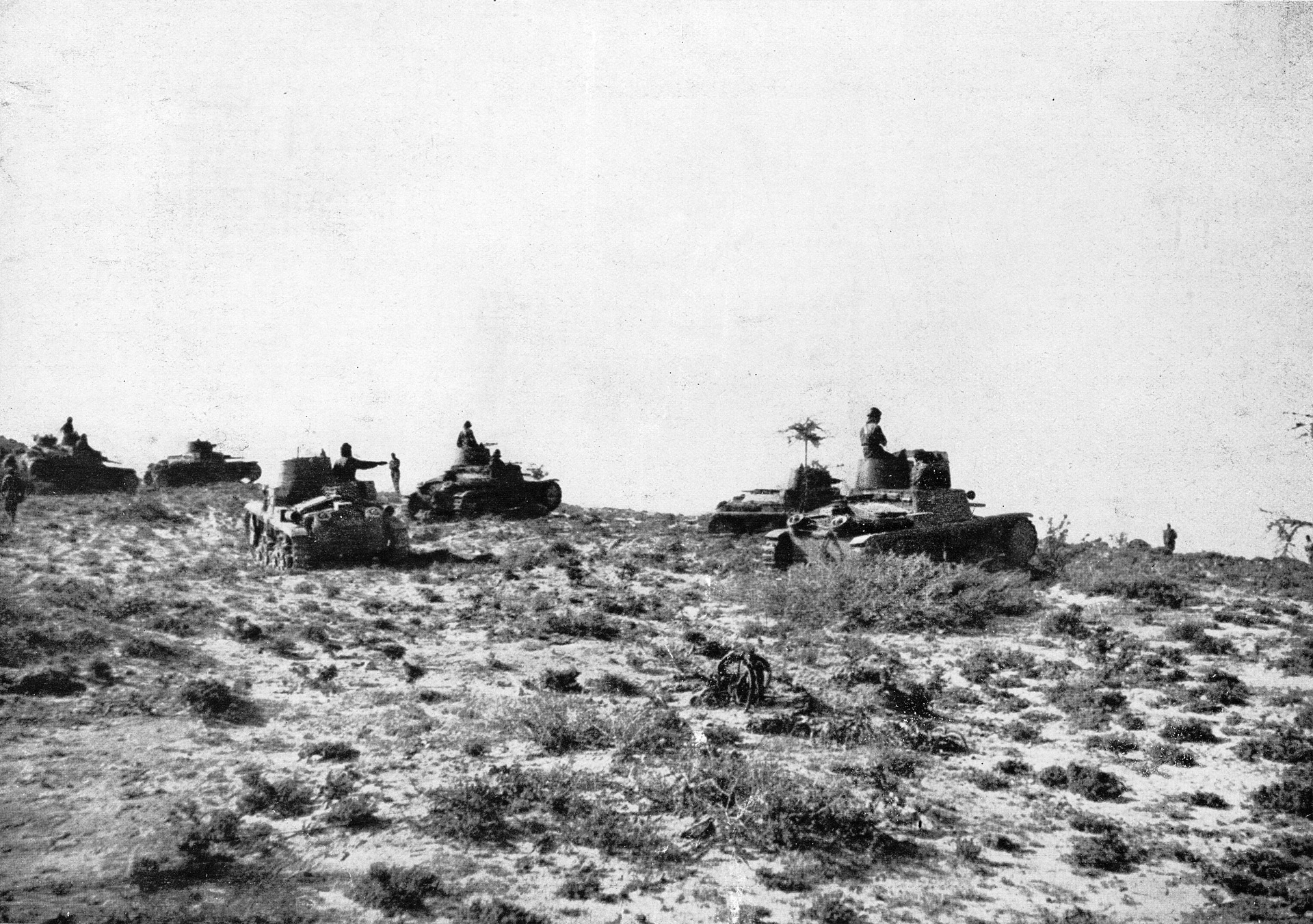 By John W. Osborn, Jr. ONE of World War II's least known campaigns was fought over one of the most desolate places on earth. For a few August days it was Britain's only battlefield, apart from the very sky above it. Yet it produced one of the war's most unique victories, and its only land victory for Fascist Italy. "Six feet up the Empire's geographical orifice," a colonial official unlucky to find himself there called those 68,000 square miles dismally, drearily dumped on the southern entranc