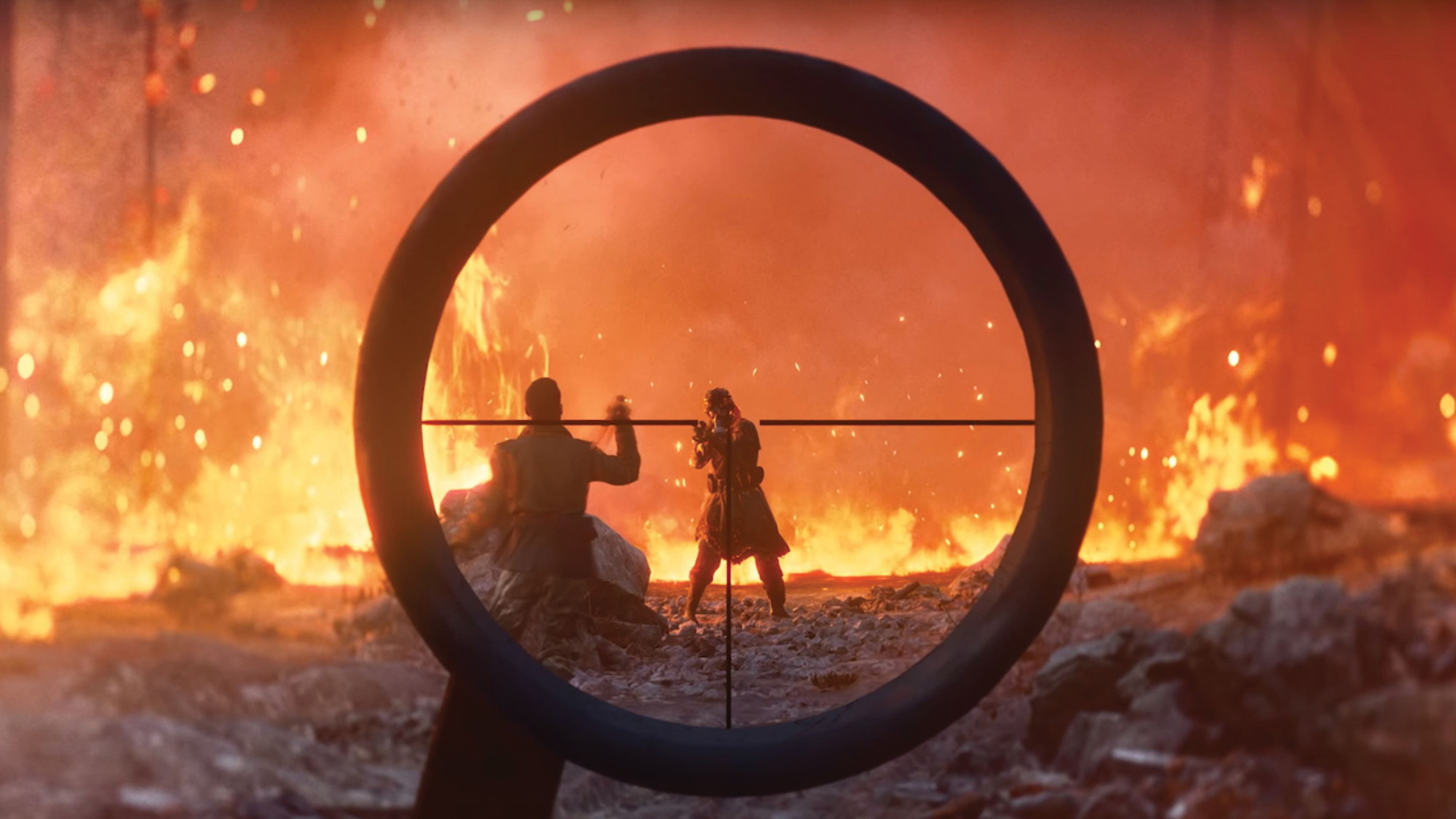 Choose Between Diplomacy and War in the Year 2027, and Take to the Battlefield in the Latest Crack at the Battle Royale Genre.

At this point, the year 2027 still sounds vaguely futuristic, even though it’s right around the corner. That means there’s a certain air of futurism about Europe Empire 2027, a mobile strategy title from iGindis that’s been lighting up Android devices since its initial launch. With over a million downloads, there are plenty of people digging into its single- and multiplayer offerings, so we took the latest version for a spin to see how it executes its own take on tactical warfare. Before we go any farther, let’s just say the aforementioned futurism lies in the concept and title alone, and certainly not the visuals.

It may not come as a surprise to you that the world is in utter chaos in 2027. World markets collapse as major wars flare up in the Middle East and South China Sea, and Europe finds itself facing these and other problems on its own. Despite the need for assistance, the new American president pledges not to send U.S. troops to fight foreign wars, and forces are pulled back while America focuses exclusively on home affairs. As conflicts continue to spread, you find yourself leading a group of rebels to represent the country of your choosing, thus kicking off a variety of scenarios that force you to choose between diplomacy and war. 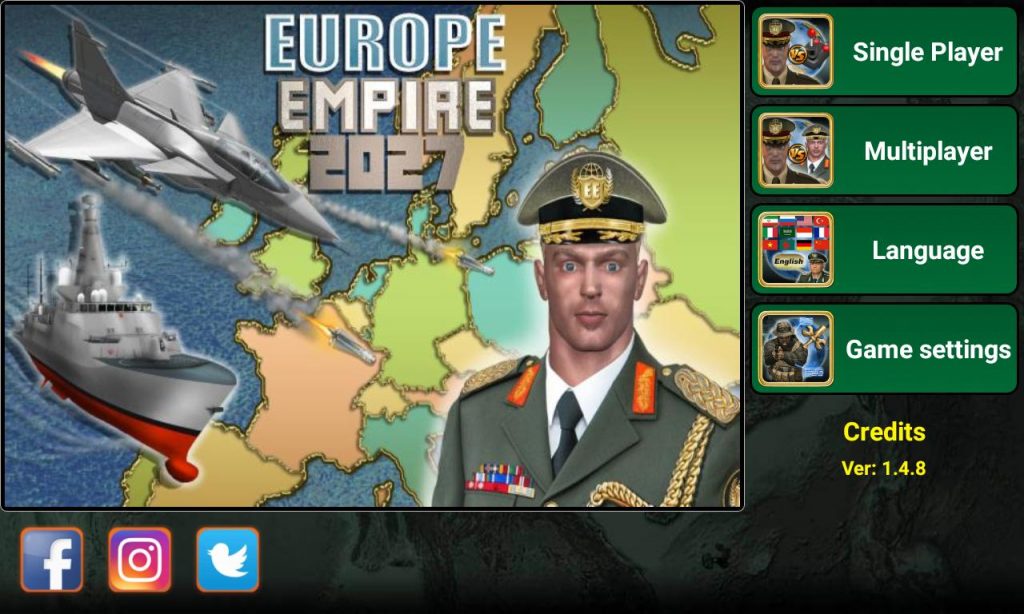 Once you pick your country, you’ll have access to everything from a war room to a spy center, various weapons suppliers, advanced technology, and more features that are still being added at the time of this writing. Presentation-wise, it’s an extremely mixed bag. From the title screen to the gameplay itself, Europe Empire 2027 is very much hanging out on the clinical side of strategy aesthetics. Its no-nonsense visuals walk the line between stock assets and war declarations that look like a mix between local TV advertisement CG and stock market tickers. This isn’t necessarily the worst type of presentation, it’s just something that’s going to attract a very specific subset of strategy fans while turning pretty much everyone else away.

As for the multiplayer, it works well enough as a means to pit a handful of human players against one another and some AI opponents. As of right now there’s a 28 country max, with support for seven human players and 21 AI players, but that could change with future updates. In-game messages are auto translated in an attempt to eliminate the language barrier, and if you’ve ever used Google Translate before then you should have a rough idea of how well it works. Thankfully, this is all something you can try for yourself, because is available as a free download on Android. Visit the not-so-distant future and get a taste of managing your own rebellion on the go, just manage your expectations before you start making hefty decisions.

What do you get when Fortnite and Apex Legends are the biggest games on the planet? You get companies of all sizes scrambling to create the next smash hit battle royale shooter. EA actually already did just that with Apex Legends—even if it was released with relatively little fanfare just ahead of the publisher’s own mega-budget Anthem—and they also tackled similar territory with the latest update to Battlefield V.

Firestorm launched as a free update near the end of March, bringing with it the type of battle royale gameplay titles like PlayerUnknown’s Battlegrounds and Fortnite have been laying the groundwork for over the past few years. Instead of severe weather, the ever-growing threat this time around is the titular Firestorm. It’s essentially a giant ring of fire that circles the map, destroying everything in its path with explosive results as it shrinks along with the timer. Stay in one place too long and you’ll end up either having to desperately outrun it or succumb to its inextinguishable flames. 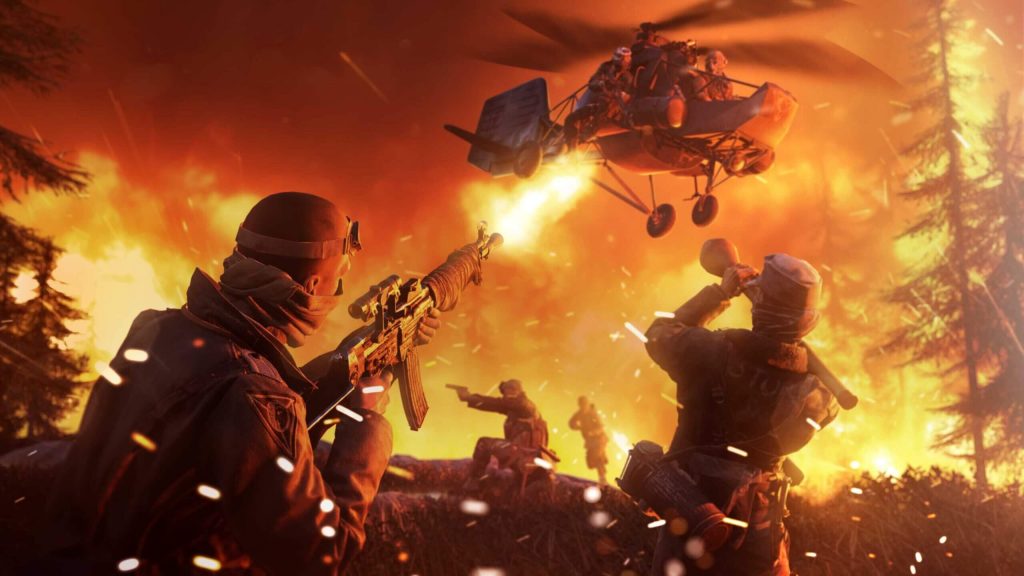 Between that, the airborne entry, and some other familiar aspects of the mode, one would be forgiven for thinking Firestorm is little more than a complete Fortnite ripoff. While that’s more or less true conceptually, the fact that it mixes in Battlefield V’s gunplay and destructible environments is more than enough to set it apart from all the other quick-fire imitators. Whether you go at it on your own or as part of a squad, scavenging and fighting through the shrinking environments is pretty damn fun. Unique combat vehicles, intimidating reinforcements, and the various objectives at play add up to a feature that will hopefully maintain a strong community for a while to come.

For those unfamiliar with Azur Lane, it’s basically a direct answer to the anthropomorphic ship girls of Kantai Collection, aka KanColle. If that still sounds like gibberish, just think of it as an alternate WWII timeline in which real warships are represented as anime girls. It looks exactly like it sounds, and the latest entry brings three-on-three shooting battles to life on PS4 in the form of Azur Lane: Crosswave.

In addition to the intense battles, Crosswave features a handful of different modes, including a Story Mode that follows Shimakaze and Suruga through an original narrative. Accumulating points allows you to scout allies and play as additional characters, and making expert use of the Storage, Dock, and Shop will eventually help you put together an unstoppable fleet. The more characters and equipment you gather, the closer you’ll get to unlocking the increased challenges of Extreme Battle Mode, which pits players against top-class enemies for the opportunity to unlock rare items. 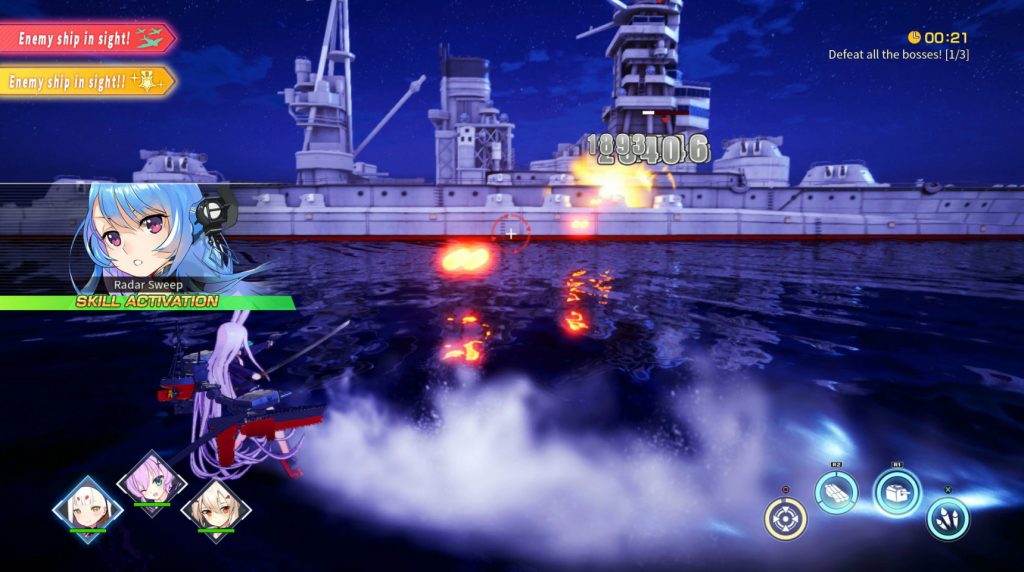 Azur Lane: Crosswave also includes a Photo Mode, which lets you snap shots of the game’s 3D characters, and doing so in Free Stage will give you the best photo ops without any pesky enemies getting in the way. Finally, Episode Mode features secret event scenes, which, like the events in the main story, are all fully voiced. All in all Crosswave features 66 characters and plenty to do, so now we just have to wait and see if someone ends up localizing it for English audiences.