The Boys Anti-tank Rifle was an early attempt to stop Axis tanks and armored vehicles during World War II.

When the first tanks appeared in World War I, they were relatively lightly armored and protected the crews only against small-arms fire. In addition, much of the armor was riveted. Projectiles striking the exterior of the armor could pop off rivet heads or flake armor from the internal surfaces, creating fragments that would fly around the vehicle interior, causing injuries or death. In fact, British tank crews had to wear protective goggles and chain-mail masks to guard against fragments made by bullets striking close to their open vision slits.
[text_ad]

The Imperial German Army’s first attempt to give the infantry a man-portable antitank weapon resulted in the company Waffenfabrik Mauser AG creating and manufacturing the first antitank rifle in 1917. This was the Mauser Tank-Gewehr Model 1918, essentially a standard Mauser bolt-action rifle on steroids, firing a huge 13.2mm round and equipped with a bipod. A very unpleasant brute to fire, the T-Gewehr’s most impressive feat was that it was being fielded to frontline infantry within nine months of the tank’s first appearance on the battlefield.

Setting the Stage for the Boys ATR

The Mauser set the stage and ushered in the age of the antitank rifle, or ATR. Most major combatants, with the notable exception of the United States, fielded these weapons during the interwar years and through the beginning of World War II. Countries such as Finland, Switzerland, and Japan went the big-bore route, utilizing 20mm weapons. The Germans and Poles used 7.92mm weapons firing steel- or tungsten-cored small projectiles at incredibly high velocities. To the tanks of the 1930s, these weapons were a potent threat. By 1942, they were hopelessly outclassed.

The British Mark 1, Mark 1*, and Mark 2 Boys Anti-tank rifles were typical of the breed. Originally to be dubbed the Stanchion Rifle, instead the weapon received its name from the designer, Captain H.C. Boys, the Assistant Superintendent of Design for the British Small Arms Committee. Captain Boys died only a few days before his weapon was adopted into British military service in 1937, and the antitank rifle was renamed in his honor. It was often misspelled as Boyes.

An Ox of a Rifle

The Boys had a three-foot-long barrel, was 631/2 inches long overall, and weighed 36 pounds. This particular weapon was a repeater, a bolt-action that was fed by a five-shot detachable box magazine mounted atop the weapon in a fashion similar to the famous Bren light machine gun. Empty cartridge cases were ejected from the bottom of the action rather than the top. Just the loaded magazine weighed some 2.6 pounds, and weight does not endear any weapon to the infantryman.

The early production Boys Mark 1 had the circular muzzle brake, which vented gases in all directions. Fired from an otherwise good low-profile position, the rifle regularly kicked up a blast of dust and debris that could give the operator’s position away. Later designs featured a flat harmonica-style muzzle brake, which vented all gases to the sides to correct this problem and had the added benefit of being easier to manufacture.

The harmonica-shaped (Mark 1*) muzzle brake or “recoil reducer” helped tame the weapon’s massive kick. In addition, the barrel itself recoiled an inch against a heavy shock absorber mounted in the butt. The improved later version of the .55-caliber Boys Mark 1* not only had the flat muzzle brake, but also simpler fixed sights and a Bren gun bipod to simplify its manufacture. The butt plate itself was heavily padded with rubber. A front bipod and rear grip were also fitted. Still, recoil was quite significant, causing Australian troops who were issued the Boys to nickname it “Charlie the Bastard.”

The first combat action for the Boys was actually with Finnish forces during the 1939-1940 Winter War against the Soviet Red Army. Great Britain sent 200 examples of the Boys to Finland. In the hands of the Finns, the Boys reportedly proved adequately effective against the early Soviet tank designs. Tanks such as the T-26 and BT-5 had thin armor and a distressing tendency to catch fire easily. The Finns were impressed enough with the Boys to later purchase another 200 of the weapons from the Germans, who had captured many of them during the campaign of spring 1941 that ended with the evacuation of Allied troops at Dunkirk. The Germans renamed them Panzerbuchse Boyes.

Later, the very first German tanks of World War II to be destroyed by British ground forces fell to a Boys. The 1st/5th Leicesters, who had been sent to aid in the defense of Norway after the German invasion of the neutral country, made a stand at the village of Tretten. Platoon Sergeant Major John Sheppard was commanding a small subunit guarding the right flank of a British position when he noticed German tanks approaching on the far side of the Laagen River. Taking up the unit’s .55-caliber Boys, which he had never used before, Sheppard assumed a steady prone position and proceeded to precisely and methodically smack each tank with three AP rounds, knocking out two of them and making the rest back off out of sight.

The success of the Boys, or lack thereof, was also noted during the German invasion of France in May 1940. Despite the fact that the vast majority of the German tanks in use at the time were small, lightly armored Mark I and Mark II panzers, the former originally intended as nothing more than a training vehicle, the Boys was not a decisive factor in the infantry’s defense against armor. 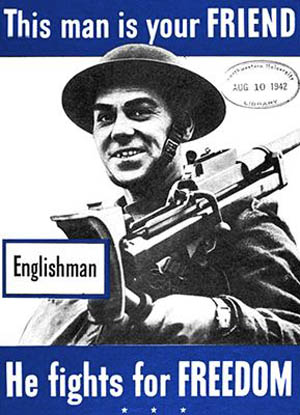 Sergeant Edward Doe of the Kings Royal Rifle Corps was not impressed by the Boys: “The Germans had brought the tanks in and they were blasting … I actually fired the Boys anti-tank rifle for the first time in my life—a terrifying weapon. To even fire, you had to hang onto it like grim death because it would dislocate your shoulder if you didn’t. I fired at a tank coming over the bridge that wasn’t blown—and I couldn’t miss it from about 50 yards away. An officer was right beside me, and I saw this hit the tank and all it had done was to just about knock the paintwork off. It made a noise like a ping-pong ball. The officer who was beside me said to me, ‘Leave the blasted thing there, Doe—get the hell out of it.’”

Sergeant William J. Gilchrist of the Irish Guards had considerably better luck with the Boys. A later report confirmed, “France/Belgium 1940: Boulogne 23rd May 1940. Sgt. Gilchrist was in personal charge of an Anti-Tank Rifle which protected the rear of the Battalion during its withdrawal into Boulogne on the 23rd May. For two hours this NCO, with a few men, succeeded in holding their post at a street corner, thus enabling the remainder of the Battalion to move on unmolested. Although under extremely heavy machine-gun fire he showed the greatest contempt of danger and continued to keep his anti-tank gun in action. He was instrumental in hitting and setting on fire an enemy tank, thus blocking a street down which the enemy were trying to move. Later in the action he himself was wounded but refused to leave his Anti-Tank Rifle until it, and the Bren guns supporting it, became jammed through over firing. Throughout the whole action Sgt Gilchrist showed courage and bravery of a very high order and set the finest example to the remainder of his Platoon.”

65,000 Manufactured During the Course of the War

After losing so much war material at Dunkirk and facing the possibility of a German amphibious invasion, the British were desperate to reequip their armed forces in the shortest time possible. New and improved weapon designs were neglected for the moment; industry concentrated on pouring out as many current weapons from existing assembly lines as possible. Thus, obsolete and obsolescent designs such as the Boys and the 2-pounder antitank gun continued to be produced in great numbers despite their disappointing performance. Approximately 65,000 Boys weapons were manufactured during the war.

The Boys was quickly rendered ineffective as an antitank weapon by rapid improvements in German tank armor. In North Africa, however, it still proved somewhat effective against lighter vehicles and some Italian tanks, such as the Fiat light tanks and the thin-skinned machine-gun-armed Carro Veloce L3/35 tankettes. In one single engagement in the desert, the 7th Hussars knocked out five of these CV tankettes in rapid order with their Boys antitank rifles.

In the North African campaigns the Boys also found use against bunkers, machine-gun nests, and against infantry at long range. In the stony Western Desert, where the ground was often too hard to yield up good foxholes, infantrymen were forced to make fighting positions of piled stones known as sangers. The impact of the large .55-caliber bullets striking these sangers often produced casualties among enemy infantrymen from splinters and rock fragments. This trick was used again to engage German paratroopers fighting amid the rubble of Monte Cassino during the Italian campaign.

“Noted For its Uselessness”

As in Western Europe, the ordinary Commonwealth desert infantryman did not give the Boys rave reviews as an antitank weapon, as attested by one Australian account. “The Italians counterattacked with nine tanks and hundreds of infantrymen. Private O.Z. Neall knocked out three Italian tanks with his Boyes anti-tank rifle, a feat that astounded everyone —the Boyes rifle was noted for its uselessness.”

The British Universal or Bren Gun Carrier was a small, fully tracked, open-topped light armored vehicle that was mass produced during World War II and used by Commonwealth forces on all fronts. A total of some 113,000 of these carriers was manufactured, and they can be likened to an armored, tracked equivalent of the American jeep. In addition to the Bren gun, early models were also armed with a Boys ATR to provide some limited anti-armor defense.

In addition to the Universal Carrier, the Boys antitank rifle was also frequently used to supplement the machine-gun armament of numerous other light armored vehicles. These included the Morris CS9 Light Armored Car and Morris Light Reconnaissance Car, the Lanchester 4×2 and 6×4 armored cars, the Humber Light Reconnaissance Car, and the World War I-vintage Rolls Royce Armored Cars. As the war progressed, some attempts were made to improve the Boys. The Mark 2 was a shortened, lightweight version intended for use with airborne troops, but it was just as ballistically ineffective as its predecessors, and the recoil was even more brutal than the full-size model. A taper (or squeeze) bore barrel was tried to increase muzzle velocity in the same manner that the Littlejohn Adapter tried to extend the useful life of the 2-pounder gun, and experiments were also conducted with the .55-caliber cartridge casing necked down to fire a .303 bullet at extremely high velocity. However, by that time the Boys was already being retired.

Replaced by the PIAT

With the advent of improved infantry antitank weapons utilizing the very effective high- explosive shaped charge warhead, the Boys quickly disappeared. In English and Commonwealth service it was replaced by the PIAT, Projector Infantry Anti-Tank. Essentially a spring-loaded spigot mortar, the PIAT was also rather despised by its users owing to its nasty spring recoil and short range, but its powerful warhead could penetrate some four inches of tank armor.

Although the Boys antitank rifle rapidly became obsolete during World War II, it served its purpose as a stopgap defense against marauding Axis armor.