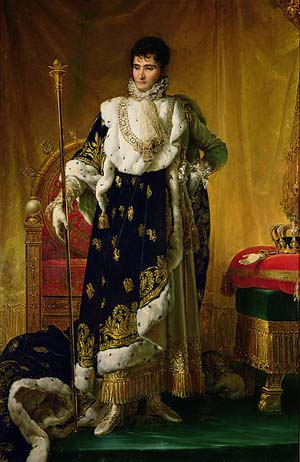 “The Other Napoleon Bonaparte” at the Battle of Waterloo

At the precocious age of 22, French Field Marshal Prince Jerome was 'the other Napoleon Bonaparte' at the Battle of Waterloo.

On April 23, 1809, Prince Jerome Bonaparte, king of Westphalia, a German satellite state given to him by his elder brother Emperor Napoleon I, sat astride a large white horse at the Holland Gate leading into the capital city of Cassel. Wearing his French field marshal’s uniform, Jerome was calmly awaiting the arrival of insurgent troops of his own Guard who were said to be on their way to depose him from power.

Other, loyal troops—Germans all—faced Jerome at the entrance to the gate, and their Corsican-born king addressed them with as many German words as he could muster in his French accent. A Westphalian lieutenant later reported: “Alone by his word you could tell he was the brother of the great emperor. He completely put aside his affected behavior, his posture on horseback seemed martial and his dark eyes sparkled. He asked us vigorously to do our duty according to our oath of allegiance, he reminded us of the oath’s holiness, and then gave everyone the choice to either go over to the insurgents or to stay and defend him as well as the Kingdom. The King won his subjects’ hearts because of this chivalrous behavior; this speech was simply inspiring. The soldiers cheered him on and screamed that they wanted to fight for him until the last drop of blood was drained from their bodies.”

The cheers, unlikely as they may have seemed, were for a man who has come down in history as the youngest and most frivolous of Napoleon’s brothers, a man criticized all his life for his youth and inexperience and yet one who stood by his brother’s side in the final square of the Old Guard at Waterloo and continued to fight on after the emperor himself had quit the field. By the end of his long life, Jerome would serve as a field marshal again, in the Second Empire of Napoleon’s nephew, Napoleon III. In his single unimpressive person, he linked two dynastic eras of French history.

Born in 1784, Jerome initially wanted to be a sailor, and at the age of 16 he became an ensign in the French Navy. He ultimately would rise to command the ships Epervier and the 74-gun Veteran, which he once sailed off the fateful South Atlantic island of St. Helena. Having traveled earlier to Santo Domingo and Martinique, Jerome escaped British Navy capture by abandoning Epervier and sailing home on a Danish merchant ship. 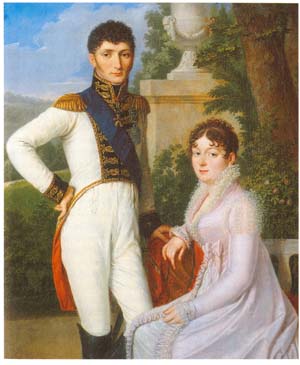 Basking in his Brother’s Reflected Glory

On July 20, 1803, he sailed into Norfolk, Va., for what was supposed to be a three-month visit, but stretched on for several years. Basking in his brother’s reflected glory, Jerome had dinner at the White House with President Thomas Jefferson. Later, in Baltimore, he met the first of his two wives, Elizabeth “Betsy” Patterson, who later asserted, “I would rather be the wife of Jerome Bonaparte for an hour than the wife of any other man for life.”

Betsy soon got her wish, and the pair was married on December 24, 1803—-without the permission of First Consul Napoleon, who angrily demanded that his errant brother return home without his American-born wife. A 1936 movie, Hearts in Love, starring Marion Davies as Betsy and Dick Powell as Jerome, ends with the defiant couple happily singing their way into the future, but the reality was far different. The French Navy prevented the now-pregnant Betsy from landing in France and she repaired to London instead, to see Jerome only once more, by accident, in Rome in 1822, the year after the emperor’s death. At that meeting, neither spoke.

First Captain of the Fleet

For his part, Jerome bowed to his brother’s wishes and had the marriage annulled in return for receiving command of a French naval squadron that he took to Algiers on August 7, 1805, to fight the Barbary pirates. On January 1, 1806, Jerome was named first captain of the fleet and sailed to St. Thomas and San Salvador, Brazil, where he successfully outbluffed British Admiral Sir Alexander Cochrane. His commanding officer, Admiral Louis Villaret de Joyeuse, reported favorably to the minister of the Navy that “the Prince is always ready to get underway and go where the circumstances require. No ship was better run than his, and his activity and courage promises the largest success to the admiral who has the good fortune to have this Prince under his orders.”

Lest one think that this was simply idle praise intended primarily for the ears of the two Bonaparte brothers, Jerome soon proved his fighting worth when, on August 13, 1806, he burned the British brig Hilton off the coast of Puerto Rico. By the time he turned 21, Jerome had been promoted to the rank of rear admiral and named a prince of the empire. His naval career ended when his older brother made him a general in the French Army.

Commander of the “Army of the Allies” 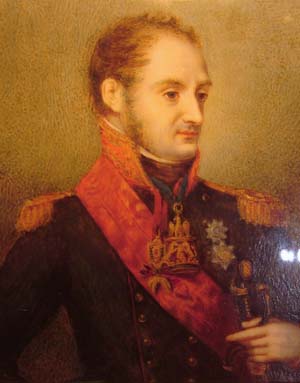 When war came with Prussia in 1806, Napoleon named Jerome commander of the so-called Army of the Allies, which consisted of the 1st and 2nd divisions of the Bavarian Army and one from Wurttemburg, two of the 15 German states allied to France under the Treaty of the Confederation of the Rhine.

Pursuing his orders to capture the Prussian fortress in Silesia, Jerome missed seeing action at the battles of Jena and Auerstadt, much to his chagrin. Later, he did enter fallen Berlin at the side of the emperor, and on November 3, 1806, he was promoted to the rank of corps commander at the age of 22.

Not Without Laruels of His Own

Jerome’s forces besieged the Prussian fortress of Glogau, but when it fell, it was General Dominique Vandamme, not Jerome, who carried off the victor’s laurels.

The prince wasn’t without some laurels of his own, however, as the garrison of Plassenburg surrendered to him later that same month. When ordered to besiege Breslau, Jerome pouted, “I have received less glory than anyone,” and asked to be the emperor’s aide-de-camp. Getting his wish, Jerome managed to miss out on yet another battle with the Prussians at Grosburg.

Returning to Breslau, Jerome stole Vandamme’s laurels when that fortress surrendered on January 7, 1807. For the next five years, his brother the emperor became increasingly disenchanted with him.