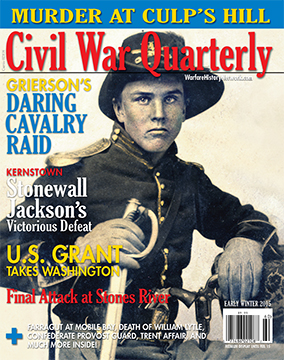 With the bombardment of Fort Sumter in April 1861, the Civil War began in earnest. The first recruits, on both sides, were completely uninitiated in the ways of military life. Read more 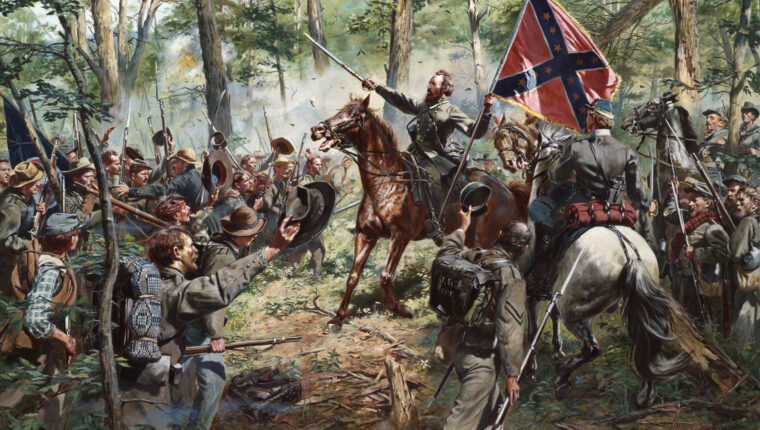 In the late afternoon of April 6, 1945, five days after American GIs and leathernecks scrambled onto an Okinawa beach a scant 500 miles from Japan, two U.S. Read more

Confederate offensives into two border states, Maryland and Kentucky, formed the key highlights of the second half of 1862 for the Confederacy. Read more

When Confederate General Robert E. Lee learned on the morning of April 9, 1865, that Union infantry was both in front and behind of his meager army of 12,500 effectives as it approached Appomattox Court House in central Virginia, he resigned himself to the sad task before him. Read more

Eppa Hunton at the Battle of Ball’s Bluff

The gray-clad Virginia infantry marched quickly through the woods. In the distance they could hear the familiar rattle of musketry signaling an encounter with the enemy. Read more

Women in the Civil War: Enlisting With the Men

On a warm morning in July 1861, the Union Army marched forth with bands playing and regimental flags flying. Read more

General George McClellan was a key figure in the prosecution of the American Civil War, particularly during 1862, when he led the Union Army of the Potomac during the Peninsula Campaign, a failed offensive to capture the Confederate capital of Richmond in the spring, and the Battle of Antietam, the bloodiest single day in American history, on September 17, 1862. Read more

American Civil War Timeline – 1862: Chipping Away at the South

In 1862, Confederate forces in Virginia were enjoying a number of campaign successes, but the decisive advantage in naval power enjoyed by the Union enabled it to advance down the Mississippi, capture river forts, and conduct many coastal attacks. Read more