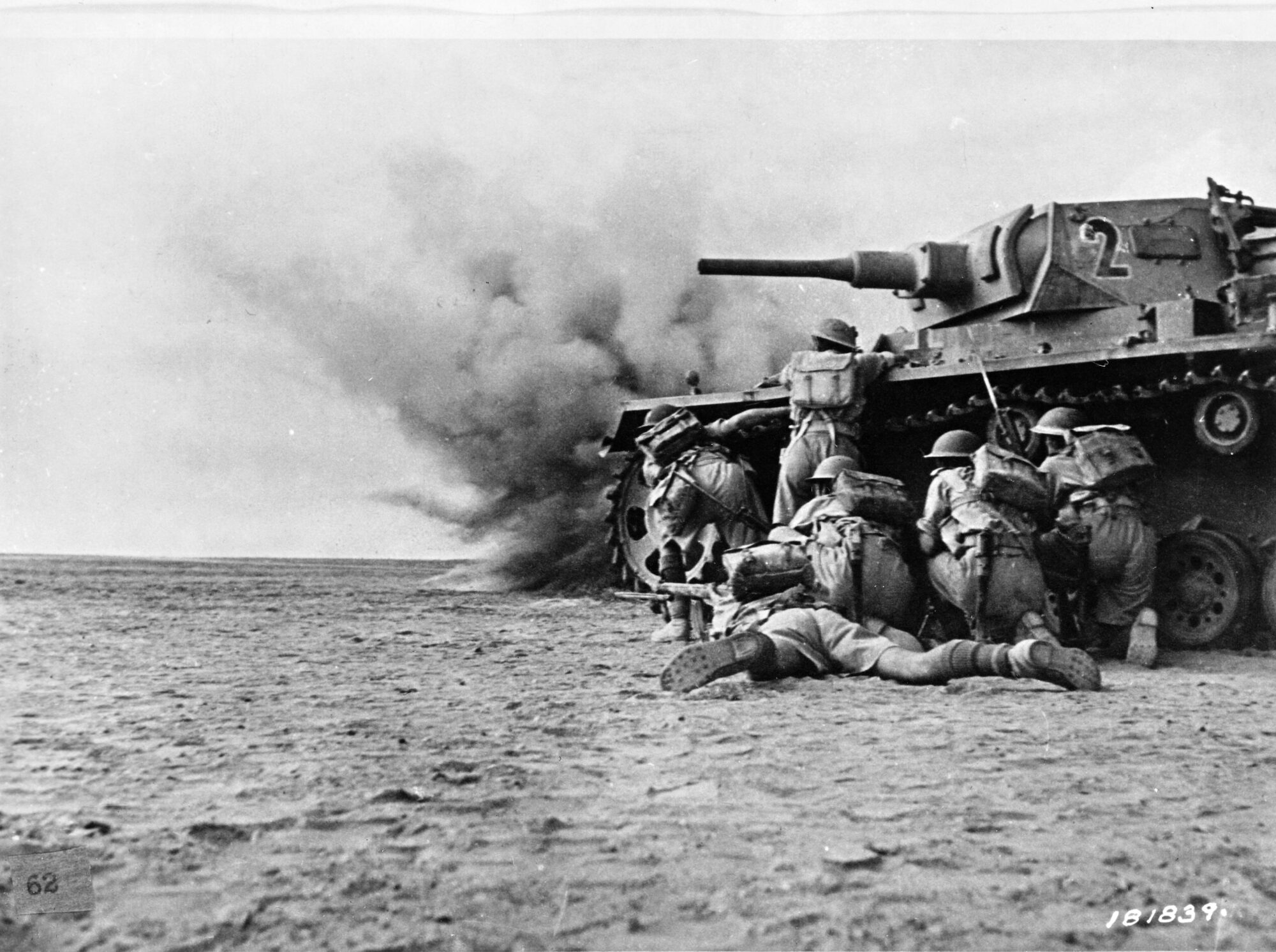 The North Africa campaign during World War II included major operations from early 1940 through the spring of 1943 as Allied forces fought Axis armies of Fascist Italy and Nazi Germany. For the Allies, victory in North Africa was critical for control of the Mediterranean Sea and future offensive operations in Italy. Axis forces hoped to dominate the Mediterranean and seize British-held Egypt, the Suez Canal, and potentially the oil fields of the Middle East. The Allies were victorious in North Africa campaign, and the defeat of Axis forces at the Battle of El Alamein was a turning point during World War II.

The Kingdom of Italy & the Triple Entente

When the Triple Alliance was concluded between Germany, Austria-Hungary, and Italy in the spring of 1882, Italy was, like Germany, a young nation recently unified after years of military conflicts and occupation by various European powers. Read more

Eisenhower and MacArthur: an In-Depth Comparison

Two of America’s most famous senior commanders to emerge from World War II were Eisenhower and MacArthur. These officers were largely responsible for command decisions that resulted in Allied victories in the South Pacific and in Europe. Read more

Patton and Montgomery: Fighting the Nazi Army (And One Another)

World War II tanks usually had aggressive- or ferocious-sounding names, such as Hellcat, Panther, or Tiger. Yet the tendency was not universal, as with British Cruisers or the American M-3 Honey. Read more

On April 15, 1942, Generaloberst (Colonel General) Erwin Rommel summoned his subordinate commanders of the Panzerarmee Afrika to a conference to outline his plans for the coming offensive against the British Eighth Army. Read more

Crusader Crucible: The Horns of Hattin

The Saracen host commanded by Saladin—Sultan of Egypt and Damascus—crossed the Jordan River south of Lake Tiberius (the “Sea of Galilee”). Read more

Armor vs. Armor in the Desert

The North African campaign has been aptly described as a “tactician’s paradise and quartermaster’s hell.” The contested area was large, stretching some 1,400 miles from Tripoli in the west to Alexandria in the east, a vast expanse of waterless desert wastes. Read more

The Assassination Of Reinhard Heydrich, The Butcher Of Prague

The morning sun caressed the hills of the Czech capital of Prague, coaxing a slight haze from the ancient city. Read more

Through the long, lovely days of the summer of 1940, almost two years before Operation Biting or the “Bruneval Raid,” Royal Air Force Spitfire and Hurricane fighter planes turned back the might of the Luftwaffe over southern and southeastern Britain. Read more

Superficially, Phil Cochran personified the WWII fighter pilot, a combat daredevil, nonchalant about the niceties of rank and zealous in pursuit of what he called “chicks.” Read more

The Allied decision to invade North Africa, codenamed Operation Torch, was reached in the summer of 1942 after lengthy—and sometimes bitter—arguments between interested parties. Read more

Allied victory in North Africa and the invasion of Sicily in July 1943, meant only one thing for the Fascist government of Benito Mussolini. Read more

The Military Misadventures of Benito Mussolini

After assuming dictatorial powers in Italy, Benito Mussolini remained a popular figure with the Italian people – for a time. Read more