Game Features: Medal of Honor vs. Call of Duty

Will Medal of Honor ever be able to come out of the cold and retake the FPS throne from Call of Duty? EA has certainly given it an honest try.

For many people, myself included, Medal of Honor was the first “classy” World War II shooting experience available on consoles. …As classy as a first-person shooter recounting events from a devastating war can be, of course, but classy nonetheless.

For whatever reason, though, the series eventually fell from its longstanding reign and bowed politely as the jewel-encrusted scepter was handed to Call of Duty. Despite EA’s attempt at retaking the thrown via a delightfully expensive digital coup, the crown remains unshifted, but that doesn’t speak ill of the quality of their attempts in the least. 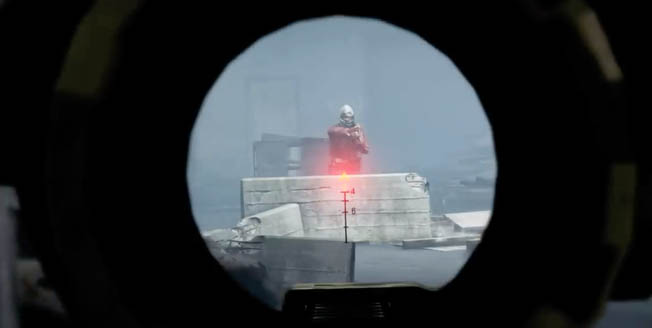 EA made a smart move in splitting development duties of the game’s Campaign and Multiplayer between two teams. Danger Close took the reigns of the campaign—a relatively serious excursion through the horrors of our ongoing war—while multiplayer duties were handed off to DICE, better known as the folks behind the excellent Battlefield series. They put the knowledge they gained in making Battlefield: Bad Company 2 to good use here, nicely complementing the fairly routine but nonetheless entertaining single-player story.

Across both of the game’s main modes, Medal of Honor still presents a grand imitation. It’s hard to hold anything against EA Games for cribbing ideas from the competition, and it’s generally pulled off with the gusto expected of a true triple-A title. While the campaign doesn’t offer much insight—or moral quandaries, or really, anything deeper than surface-level action and some admirable bravado—into the peril our soldiers are currently facing overseas, it’s still done with enough respect to keep it from seeming horribly exploitative.

It’s probably for the best that Medal of Honor‘s release preceded Black Ops, but don’t let the shadow of Activision’s beast steer you away from serving in this solid series reboot. Medal of Honor may yet be able to match the success of Call of Duty, in quality if not in sales.