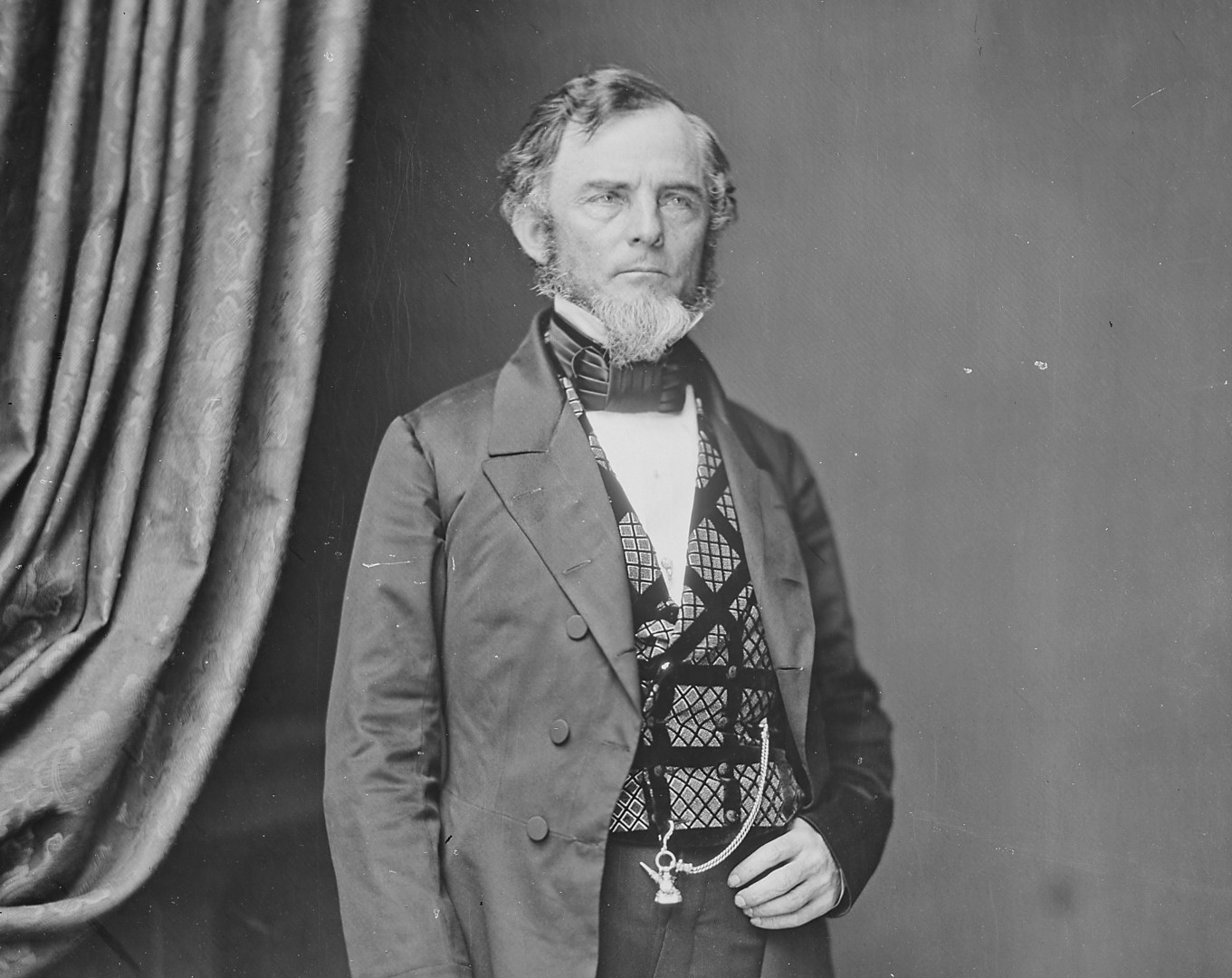 Had Tennessee-born General Gideon Pillow fought as hard against the enemy as he did his own comrades, he might have become a military legend.

Few Mexican War generals fought more battles than Tennessee-born Gideon Pillow—the problem was that many of those battles were with his own superiors. That they were fought with pen and ink rather than pistol and sword made them no less desperate in their undertaking. A patron and early sponsor of fellow Tennessean James K. Polk, Pillow helped Polk win the presidency in 1844 as a decided Democratic dark horse. With Polk’s victory over Whig candidate Henry Clay, Pillow rode the winds of political preference to a post as brigadier general when war with Mexico broke out in 1846. It did not take him long to become embroiled in controversy. “The war is miserably managed by Genl. Taylor,” Pillow wrote home. “I would not be surprised that he should be superseded in the command of the army.”
[text_ad]

Pillow made a poor showing at the Battle of Cerro Gordo (future Union general George McClellan called Pillow’s performance “worse than puerile imbecility”), then played a major part in the American victory at Chapultepec, which he characteristically sought to identify as his own, telling his wife that “your husband has the name in the army of ‘Hero of Chapultepec.’” Pillow went on to describe his part in the battle as “unequaled in the history of American arms. It will give my name a place in history which will live while our Republic stands.”

Pillow further ran afoul of military professionals by allowing one of his staff officers to write a letter to the New Orleans Daily Delta claiming that Pillow, in effect, had personally led the army to victory at Contreras and Churubusco—pointedly overlooking the rather more important role of army commander General Winfield Scott. The letter ridiculously compared Pillow to Napoleon and credited him with “masterly genius and profound knowledge of the science of war which has astonished so much the mere martinets of the profession.”

The “mere martinets” struck back in kind, accusing Pillow of appropriating two captured Mexican howitzers for his own use. A court of inquiry subsequently cleared Pillow of the most serious charges, but in the all-important court of personal opinion, Pillow was judged guilty of “ungentlemanly conduct” by his fellow officers. He retaliated by complaining to his friend the president about Scott’s “assassin-like tactics” and accusing the general of attempting to bribe Santa Anna to surrender. Polk immediately recalled Scott, thus conveniently tarnishing the future presidential candidate personally and politically. Ironically, Scott’s fellow commander and rival Zachary Taylor rode his hero’s status into the White House in 1848.

Pillow’s blowhard reputation followed him into the Civil War, when he became a brigadier general in the Confederate Army. His first opponent on the battlefield was an obscure brigadier general named Ulysses S. Grant, who had held the less-exalted rank of captain during the Mexican War. Grant wrote to his sister, “I do not say he [Pillow] would shoot himself. I think, however, he might report himself wounded on the receipt of a very slight scratch.”

Grant immediately attacked him at Belmont, Missouri, in November 1861. Despite making several command errors of his own during the battle, Grant managed to strike a severe blow to Pillow’s Confederates and escape from a potential deathtrap. Pillow, meanwhile, did exactly the wrong thing at each point of the battle. As Pillow biographers Nathaniel Hughes and Roy Stonesifer, Jr., observed, “Grant could have wished for nothing better. The tooth fairy gave him Pillow.”

It was a gift that kept on giving. Three months later, when Grant besieged Fort Donelson, Tennessee, Pillow shamelessly concurred in the surrender of the still-resisting army to Grant, who earned the priceless nickname “Unconditional Surrender” after the battle. Pillow, typically, blamed his failure on others. “This thing began at that court-martial in Mexico,” he complained. For once he was right, although not perhaps in the way that he meant.