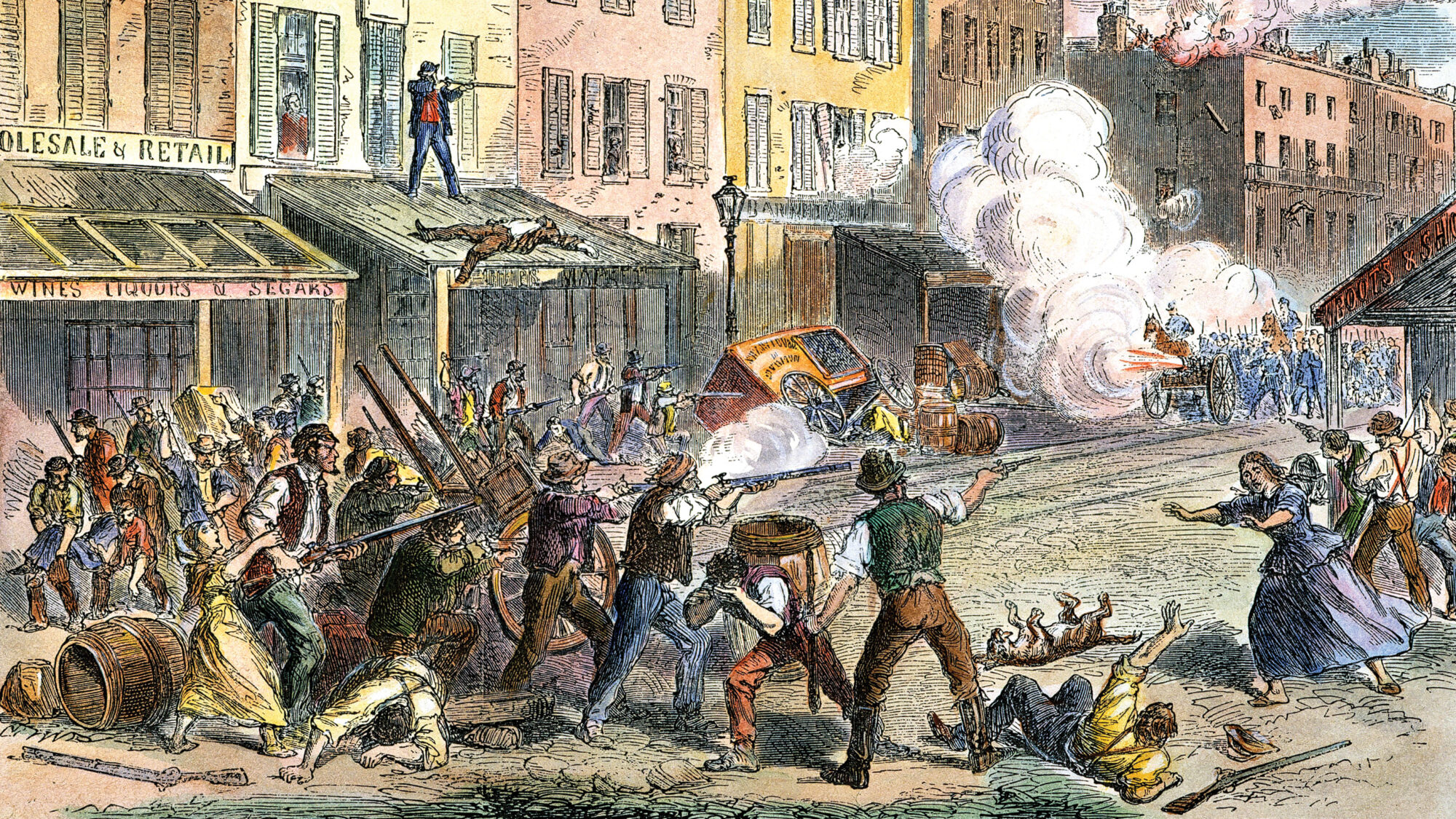 This article appears in: Early Spring 2016

By Rick Beard For four breathlessly hot days in mid-July 1863, New York City became the northernmost battleground of the Civil War. Mobs marauded through Manhattan, looting and burning homes and public buildings, fighting police and soldiers, and beating and sometimes killing those who resisted. African Americans were singled out as particular targets. Never before or since had the public order of a major American city been so imperiled. Democracy lay bleeding in the streets. The spark that ig

3 thoughts on “City Under Siege: The New York Draft Riots”